Zaheer Khan is a former Indian cricketer and a legendary fast bowler. He is among the very best to have held the ball for the Men in Blue in all 3 formats of the game. Zaheer Khan was one of the very few left-arm pacers in the Indian side to end his career as one of the greatest new-ball bowlers of all-time. He was indeed an invaluable asset for the Indian side starving for fast-bowling talent in the early 2000s. Zaheer was a great red ball-bowler who was equally talented with the white ball. In fact, Zaheer remains the second-highest wicket-taker among the Indian fast bowlers in Test cricket, behind only the legendary Kapil Dev. A World Cup hero and big-time match-winner, Zaheer Khan, made it to the top fighting through all the struggles with perseverance. Here’s a detailed Zaheer Khan Biography dignifying his service to the nation till now. 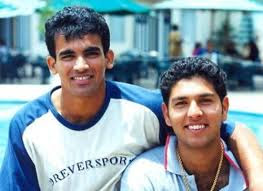 Zaheer was born on 7 October 1978 in Shrirampur in Ahmednagar District of Maharashtra to Bakhtiyar and Zakia Khan. He played in the local Revenue Colony Cricket Club (RCC) in Shrirampur after which he started his career in Pune. In 1996, Zaheer came to Mumbai where he used to stay in a small room in a hospital. He trained in the National Cricket Camp under veteran coach Sudhir Naik and participated in the Kanga Cricket League, Comrade Shield and the Purshottam Shield with the Division A team. Naik also helped Zaheer with a job in Textile mill with a Rs 5000 salary to help with his daily needs. Meanwhile, he also played tennis ball cricket in his leisure time.

Following his consistent match-winning performances with the bowl, Zaheer was sent to MRF Pace Foundation in Chennai for better training and recognition. Impressed by Zaheer’s talent, T A Shekhar, the bowling coach at MRF academy, pushed Zaheer into the Baroda Team. Zaheer continued with his magical run in the cricket with Baroda, helping them lift the Ranji Trophy after 43 years. He was the Man of the Match in the 2000-01 Finals 13 wickets in the match. Meanwhile, he had already made his debut for the national team in 2000.

Zaheer made his international Test debut against Bangladesh in November of 2000. He scalped 2 in the first innings while adding 1 in the second.


Nonetheless, Zaheer showed his excellence swinging the ball both ways and bowling consistently in the right areas with the new bowl. His pace and control impressed everyone at the top including captain Sourav Ganguly. He knew that Zaheer could be India’s solution to replacement for Sreenath who was heading to late 30s.

Zaheer ended his career with 311 test wickets, behind only Kapil Dev to become the second most successful Indian fast bowler in test cricket. Zaheer also held the record of highest score by a number 11 batsman once, scoring 75 in 133 runs stand with Sachin Tendulkar against Bangladesh in 2004. 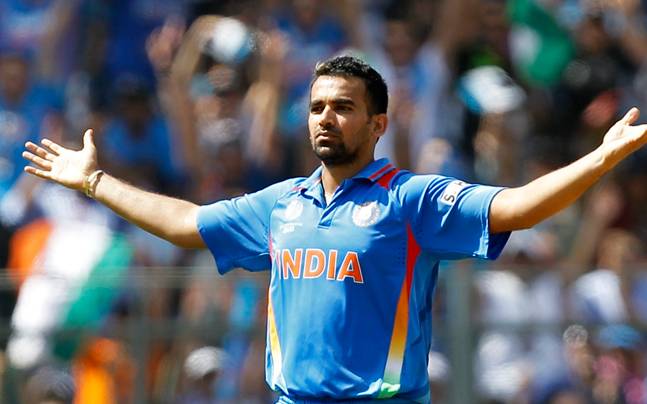 Zaheer Khan made his ODI debut in the same year against Kenya in the ICC Knockout Trophy 2000. With Ashish Nehra and Srinath, Zaheer formed India’s first pace arsenal going in the 2003 ICC World Cup. Zaheer registered some great spells with the other 2 in the previous series and group stage matches of the tournament. But it all came crashing down in the Finals against Australia. Zaheer engaged in a verbal spat with the Australian opener Matthew Hayden and ended up as the most expensive Indian bowler conceding 67 runs in the 7 wicketless overs. This triggered his fall as injuries ruined his form and fitness. Zaheer was inconsistent in the Indian side till 2006.

His redemption to the Indian side came after he showcased splendid form and better fitness in the English county cricket. He gained his position back in the side and continued to dominate for the better part of the decade. But it was the big stage again where Zaheer had a lot to prove. Zaheer did not disappoint this time as he led the Indian bowling with 21 wickets becoming the joint highest wicket-taker of the tournament along with Shahid Afridi.

Zaheer’s T20 career began against South Africa in 2006. It was a short-lived career as he scalped 17 wickets in 17 matches he played for the men in blue. 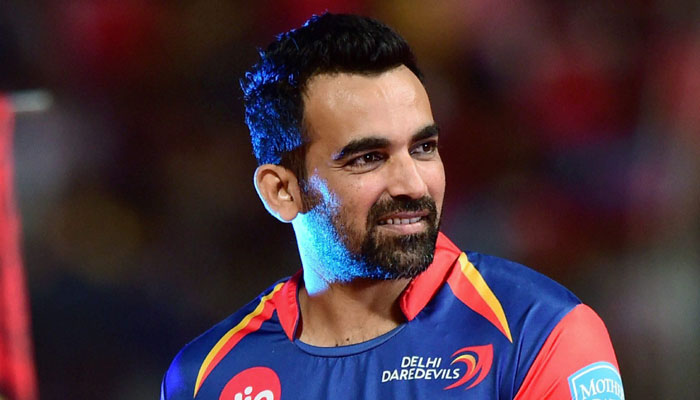 Zaheer Khan’s IPL career began with RCB in 2008 following his return to the franchise in 2011 after spending 2 years with MI. In 2014, he was again signed by Mumbai Indians. He remains a part of the Delhi franchise as a mentor after playing for the side for 3 years since 2015. 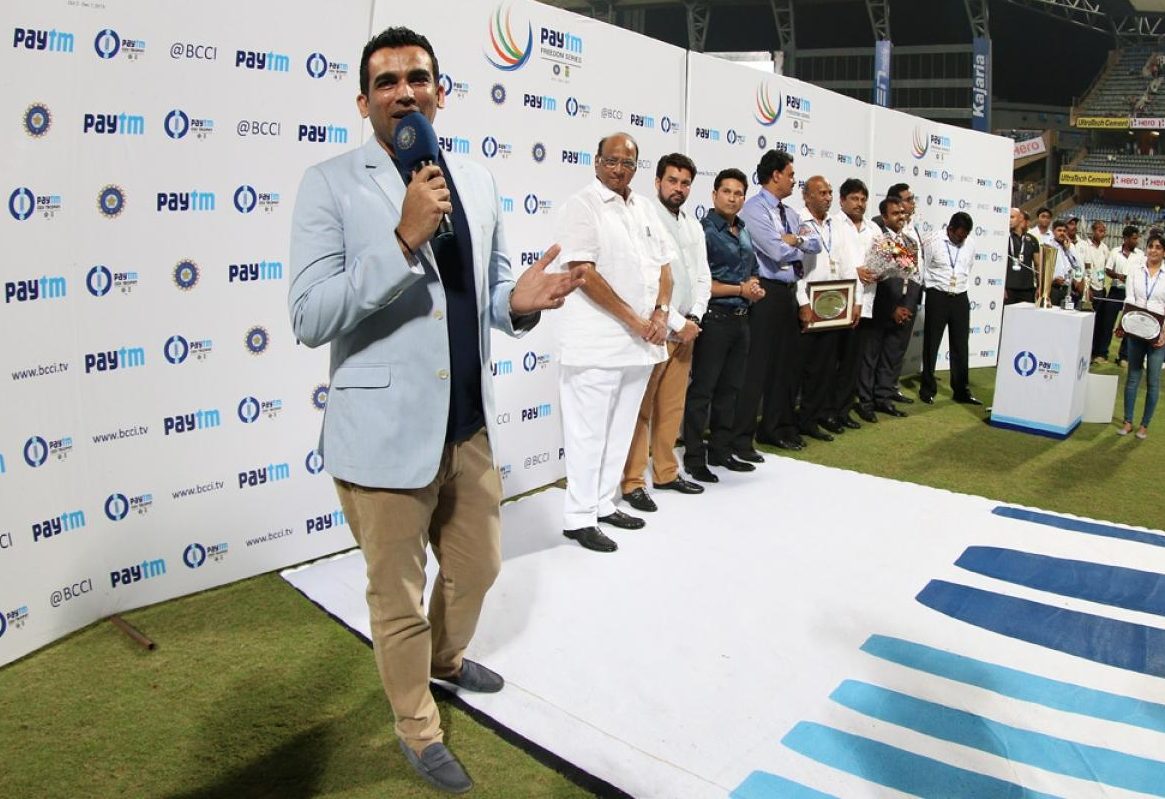 Zaheer Khan retired from all formats in international on 15 October 2015. He announced the same with a tweet saying, “I bid adieu to my career in international cricket. I look forward to signing off with IPL 9.” In 2017, Zaheer Khan was appointed as the bowling consultant of Indian Cricket to help groom talents like Jasprit Bumrah. From what we’ve seen till now from Bumrah, he has done a pretty good job, to say the least.

Zaheer was born to Zakia and Bakhtiyar Khan in Ahmednagar, Maharashtra. He has an elder brother Zeeshan and a younger one named Anees. On 24th April 2017, Zaheer announced his engagement with the famous Chak De India actress, Sagarika Ghatge. The couple got married later in the year on 23 November followed by a grand reception on 27 November in Mumbai.


May the magic of this Eid bring lots of happiness in your life and may you celebrate it with all your close friends & may it fill your heart with love and light.Eid Mubarak!! pic.twitter.com/6U189kuTJ5

Great press conference yesterday! Now all eyes set on the season opener on the 24th March at the Wankhede. @mumbaiindians#OneFamily pic.twitter.com/GMAALEeSLJ

Raghav Heda
Raghav is a sports enthusiast and a content writer at Kreedon. Being a former state-level cricketer and Captain of the Basketball team at IIT Patna, he understands the problems faced by a student-athlete in India. He is also a die-hard NBA fan and has been following the league and American Sports Media for long. Comparing the Indian sports economy to American Sports' was something that motivated him to work for the development of Indian Sports.
Previous articleDeepak Punia climbs new highs in World Rankings, Bajrang slips…
Next articleDream11 UP vs HAR Pro Kabaddi League 2019 | PKL Prediction

Sourav Ganguly or MS Dhoni: Who was a better captain? Zaheer Khan answers

Sourav Ganguly or MS Dhoni: Who was a better captain? Zaheer...

7 Indian Bowlers ruling the hearts of Cricket Fans – Past...