In the second Episode of Kreedon Champ Tales, we have with us an inspirational star of Indian hockey Yuvraj Walmiki. Champ Tales is a talk show where we interview Indian athletes live on our Instagram Handle every Friday at 9 PM.

Here is the Transcript of the fun filled interview with Yuvraj Walmiki:

How did you start playing hockey?

It all started when I was 10 year old. I & my friend Boon Dsouza were preparing for a dance to be performed at school function. One fine day Boon turns up to me with a newspaper in which his photo was there. That was the time I decided that, I too want to see my photo in newspaper.

Being from a lower middle class family, I couldn’t afford hockey kit; my friend Boon’s dad was curator at hockey ground, so he told me, I have old kit of players who come to ground you can use that & then he took me to Bawa Sir who has trained me from scratch.

Do you remember when the first time your photo came in newspaper was?

I started playing in 1999 and it took me 4 years. In 2003 I was playing for Bombay Republicans it was my Coach’s team Mehezbaan Patel (Bawa sir). It was first professional match which I played, I scored 5 goals & next day, it was there in newspaper. There was a article stating Yuvraj Walmiki struck hattrick.

What important role has Boon D’souza played in your journey?

He has been the main man including Bawa sir (Mehezbaan Patel). I was a piece of leather, they made me a shoe, I have trained under many coaches but they have just polished me. The main man who turned leather into a shoe is Bawa sir & my friend Boon D’souza who inspired me & helped me in my initial stages.

How difficult it was to take your younger brother (Devindar Walmiki) on the same path you were going on & eventually both of you ended up playing for national side.

It was my responsibility to guide my younger brother & show him the correct path. A proper guidance is required which I didn’t get. So, I made sure that he gets proper guidance and coming to his selection in Indian side. I don’t take any credit in that; it was his hardwork & dedication that he has reached there. It was my dream to play Olympics & I missed out in 2012 & 2016 due to injury, the day he got selected for Olympics, I told him you are living my dream & just enjoy the journey.

Your journey is a very inspiring one. So what all hardships you faced while growing up?

As all know that I come from a lower middle class family. When I was in school, my mom used to make us study under the candle light, there was no electricity in our house for 40 years and I have seen that till 21 year of my age.

There were days in school when I didn’t had money to buy food in recess so I used to pick up food from dustbin & eat, I did this for almost 7 years & I am not ashamed of telling this to whole world.

Nowadays people give up with just small struggle they face one should never give up & keep working hard & you will get the deserved.

You have been playing in German hockey league. How is your experience there?

First thing I would like to tell you that, I am the only one from India who is a part of German hockey league from 6 years. I am very thankful of German league, because soon after my performance in 2010, I got selected in national team.

One thing which I have learned from Germany is “Attack win matches, defense win Championships” 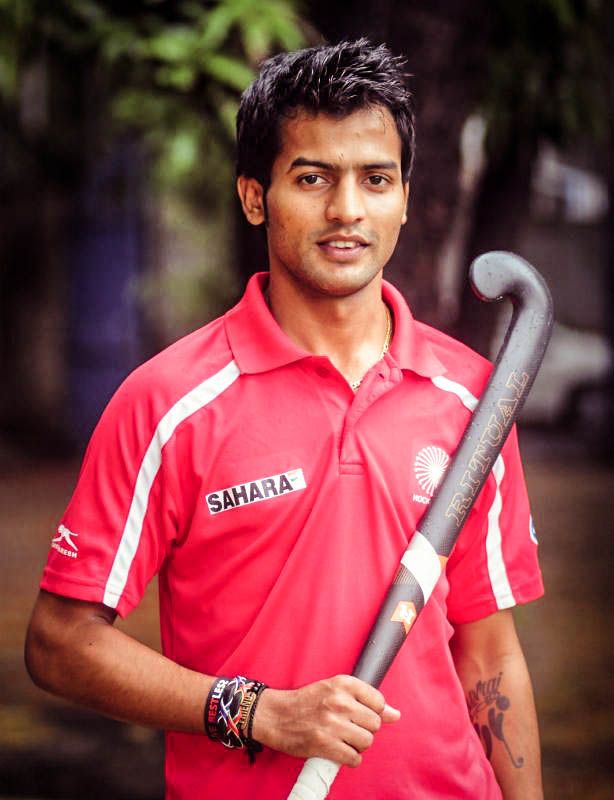 Whom are you more scared of Mom or Dad?

Dad because he doesn’t speak much & I am afraid of that one day when he will come out with all the guns.

What was the last thing you gifted your brother?

Recently I bought Iphone X for him.

Imagine, you are a lead actor of a romantic movie & director has asked you for your first choice for lead actress who it would be?

My favorites were Deepika & Priyanka but both are taken. I saw movie recently Veere di wedding & I really liked the work of Swara Bhaskar, so she would be the perfect choice.

Imagine, you had 10 Vada pav from Dadar station & you have come for practice. Suddenly there is something happening inside your stomach, what you would prefer at that time a silent fart with bad smell or a loud one.

One fart burns around 70 calories, so why go to gym. Well, I would prefer a loud one. I am not ashamed of it, it is natural everyone does it. Louder one because no smell & there won’t be an confusion of who did it.

Who makes you laugh the most?

There are many Sudhir, Shafiq, Dev, they all make me laugh.

Other side of Athlete with Yuvraj Walmiki

What you would have done if not a Hockey player?

I would love to be an Actor. I love to entertain people.

Who is your favorite actor?

One & only SRK (Shahrukh Khan). He is an Inspiration.

You were part of Fear factor – Khatron ke Khiladi. What is more difficult playing for India or Fear factor?

While playing for India maximum fear is that you can get hit by a ball but there it was too much snakes, lizard , insects it was very scary & overall a great experience.

What would you like to tell youngsters willing to build their career in sports & their parents.

First thing I would like to request the government of India to make sports as a compulsory subject in school as other than playing at higher level it keeps you fit, throughout your life.

To every parent, never restrict your children; let them do whatever they want as they know what they can do better.

To kids, never forget your roots just be a good human being  & be with your parents & respect them. 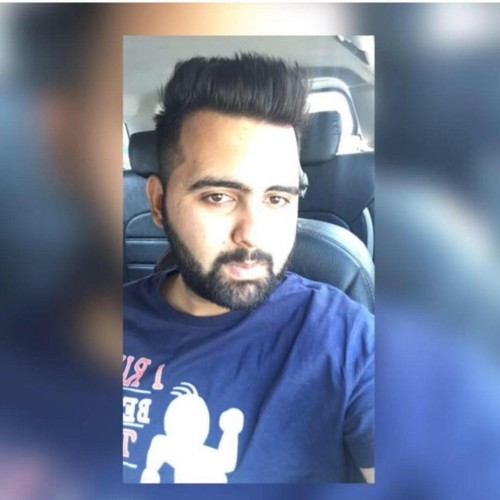