Yuvraj Singh, the Sixer King, the Punjabi Sher of the India Cricket, recently announced his retirement from the international cricket and the IPL. It is difficult to imagine India winning the 2007 T20 World Cup and the 2011 World Cup without Yuvi in the squad. One of the finest limited overs cricketers, Yuvraj created a number of records throughout his 2-decade long career.

Let us take a look at 10 such Yuvraj Singh Records that will forever remain legendary:

“Cancer spoiled Yuvraj Singh’s career, otherwise he was all set to be the next big thing in World Cricket,” said Adam Gilchrist a few years ago. And the Australian wasn’t wrong. After his 2-year hiatus from the game due to Cancer, Yuvraj Singh made his comeback in 2013. But he was never the same old Yuvi.

But in 2017, Yuvraj performed his one last act for all the fans in one of his finest ODI inning. India was struggling at 25-3 against England. And two best friends, partners in crime, Yuvi and Mahi were on the pitch. What followed later was simply exceptional. The duo added 256 runs for the 4th wicket, 2nd highest in the World Cricket. Yuvraj also scored 150 runs off just 127 balls, his ODI best.

Only Second India to Play for Yorkshire

One of the oldest and most famous County in England, Yorkshire has signed just three Indians in the history of the club. The first player was Sachin Tendulkar in 1990s. And the second player to play for Yorkshire was none other than the then 22-year old Yuvraj Singh. He represented the County in 2003.

Most expensive Player ever sold in the IPL auction

Yuvraj Singh made a name for himself in T20 Cricket with his exploits in the 2007 T20 World Cup. Thanks to his power hitting ability and left arm bowling, Yuvi is a prized possession for any T20 side. And it was proven in the 2015 IPL Auction when Delhi Daredevils bought him for ₹16 crores – Making him the most expensive player ever at the IPL Auctions. And it came just a year after he was bought for ₹14 crores by Royal Challengers Bangalore.

Only Bowler to take 2 hat-tricks in the Single IPL

Yuvraj was more than just a part-time bowler. On his best days, the southpaw could make life difficult for his opponents. And in the 2009 IPL, he proved it with two hat-tricks in the same season. The first one came against 2009’s finalists RCB and the second one against the eventual Champions Deccan Chargers. Yuvraj is the only bowler in IPL history to do so.

The 2011 Cricket World Cup was simply exceptional for Yuvraj Singh. And he broke a number of records in that tournament. In the group stage game against Ireland, Yuvraj finished with the bowling figures of 5/31 and then scored an unbeaten fifty to finish the chase. He became the first player to do so in the World Cup history.

Joint Most Man of the Match Awards in the Single WC

Another record from the 2011 World Cup. Yuvraj Singh won not one, not two but four Man of the Match awards in the tournament. That’s four in nine matches – 44%, simply incredible! His awards came against Ireland, Netherlands, West Indies, and Australia. Yuvraj holds the record with Sri Lanka’s Aravinda de Silva (1996) and Lance Klusener (1999), both won 4 Man of the Match awards in the single World Cup as well. 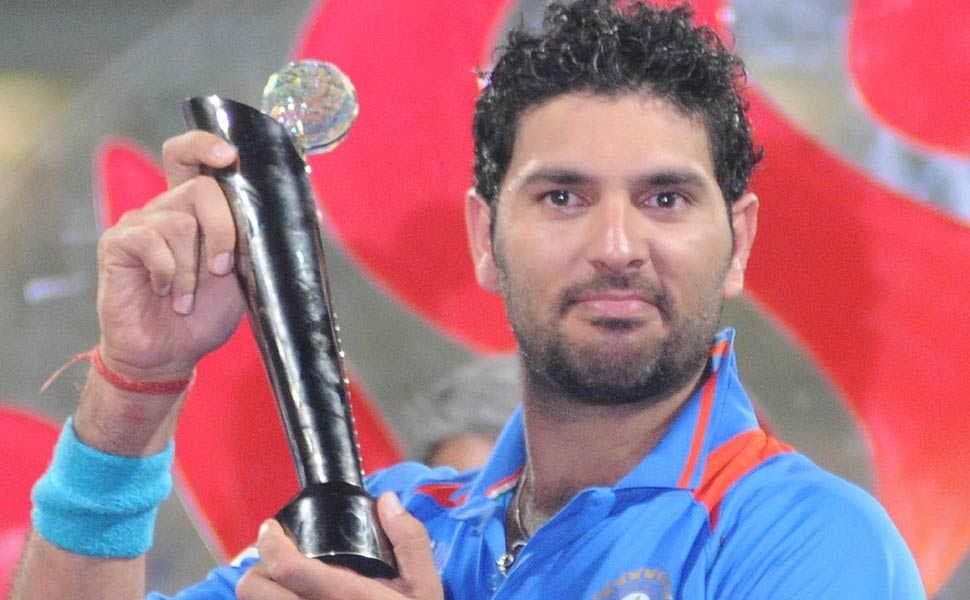 Yuvraj Singh’s rise to the cricket started way back in 2000. In the 2000 U19 World Cup, hosted by Sri Lanka, India won their first U19 World Cup thanks to Yuvraj Singh’s all-around performance throughout the tournament. He was also awarded Man of the Series.

11 years later Yuvi repeated his heroics, this time for the senior side, helping them win the World Cup after 28 years. The allrounder was Man of the Series here as well, making him the only Cricketer to win the award in U19 and the 50-over World Cup.

This is how good Yuvraj Singh’s 2011 World Cup was! No other all-rounder had ever managed such incredible number in the single World Cup. Yuvraj Singh scored 362 runs and took 15 wickets in the tournament – Once again, the only Player in the history!

Yes, we are talking about THAT game now. In the 2007 T20 World Cup, Yuvraj Singh created history by scoring the fastest T20 fifty – Off just 12 balls! In the last 12 years, even with the broader bats and more power hitters, no one has managed to break Yuvraj Singh’s record.

But how on Earth did he manage to score a fifty in just TWELVE balls?

That’s how he did it! Yuvraj Singh hit six sixes in an over and the entire Cricket World went crazy. Just before the 19th over of India’s inning, Andrew Flintoff had a little argument with the southpaw. What Freddie probably didn’t know was Yuvraj is from Punjab. Nice and sweet until you trigger him!

Yuvi decided to target poor Stuart Broad and disposed all six balls of his over, over the boundary line. The first and the only instance of six sixes in the T20 cricket! All six of his shots were clean hits, perfectly timed and sent in all corners of the stadium. And with Ravi Shastri on the commentary, that over will never be forgotten by the Indian fans.

Chinmay Pagar
I might be a Mechanical Engineer on the paper, but I was a Sports enthusiast since childhood, screaming at the TV watching cricket at the age of 4. Not much excites me other than sports unless it's free pizza. I can watch literally anything remotely related to sports; Cricket, Football, Tennis, F1, Hockey, Athletics, Chess, you name it! And I love to write too, so at the time I'm not watching sports, I'm writing about it. Or eating pizzas, of course.
Previous articleBest cricket captains in the world cup of all time
Next articlePankaj Advani Battles High Fever to Create History