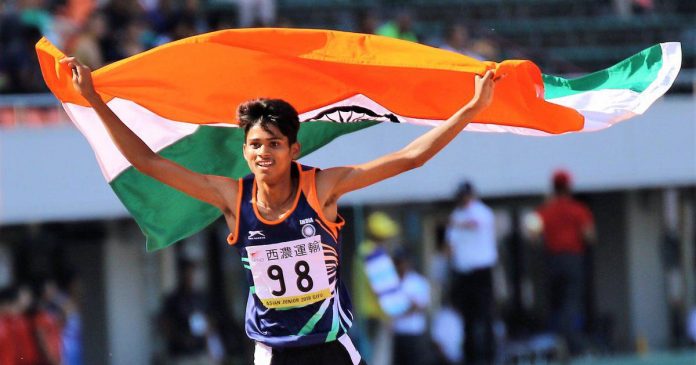 The bidding process started in early 2011, with IOC receiving 6 bids. Later, in February 2013, IOC declared Buenos Aires as the winning bidders for the 2018 Summer Youth Olympic Games. Glasgow lost out in first round and Medellin, Buenos’ last contender, lost in last round.

Argentinian footballer and Olympic gold medalist, Lionel Messi, is the ambassador of the 2018 YOG.

What is different in this edition’s YOG?

These events were selected especially to alleviate the gender balance of the Games.

Also, Futsal will be played in place of football at the Buenos Aires Games. Futsal is a modern 5-on-5 football game played in a smaller and artificial indoor

The YOG will conclude on 18th October, with 3 finals (Futsal, Beach Volleyball and Boxing) to be held alongside the closing ceremony on the final day.

Here is the full schedule for the games.

India at the 2018 Summer Youth Olympics

India will field a strong contingent of 46 athletes at the Youth Olympics. This is India’s highest ever contingent to the games. Out of the 46 athletes, 25 are male and 21 are females. Their segregation according to sports is as given below

India’s biggest hope for a YOG medal will be from the shooting and hockey event. In shooting, India have four participants for the eight shooting events-  Boy’s and Girl’s pistol and rifle events and four mixed events for the same.

Manu Bhaker, the teenage shooting sensation, is a favourite to win at least one medal for the country. She won the Commonwealth Games gold and World Cup gold among juniors twice and women. The 16 year-old also had an exceptional Asian Games campaign.

Bhaker will also be the flag bearer for the opening ceremony event. Bhaker, who plays in Girl’s 10m air pistol event and the corresponding mixed event, said she was honoured (and surprised) by the announcement.

In addition to Bhaker, Saurabh Chaudhary would be another star India will have their hopes pinned to. He has also won the Asiad gold and the World Championship gold (juniors event).

India’s youth hockey teams also have shown much promise, with both the boy’s and girl’s teams qualifying for YOG. The boy’s team is placed in pool B. Australia, Kenya and Canada are their notable opponents. The girl’s team, on the other hand are placed in pool A. They will face hosts Argentina and their fellow south americans, Uruguay.

Monish Gadiya
Monish Gadiya is the Head of Content at KreedOn. He is a thorough tech-enthusiast and believes that innovation is the answer to all the problems prevalent in the society. Monish graduated from University of Pune with a degree in Civil Engineering before pursuing a post-graduate diploma course in intellectual property rights. A die-hard football fan, he has represented his college at various football competitions.
Previous article2018 Asian Para Games Preview: All you need to know
Next articleIntroduction to Pro Kabaddi Teams 2018 : Kabaddi Game In India

Jeremy Lalrinnunga Biography: A Sharp, Clean and Jerk Weightlifter in the...