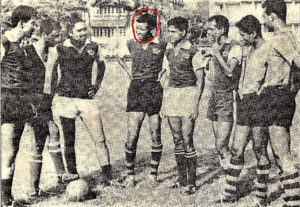 One of the most talented players to grace the football pitch, Yousuf Khan was a living legend, whose football stories still serve as a lesson to budding Indian players.

We have always criticized football for its current state and the quality of players we have. We never tried to dive deep into the history of the game when Indian football possessed players of legendary capability. One of such capable men controlled the ball at the center of the field and tricked the world. He was called the “Bearded Horse” of India, Mohd. Yousuf Khan. He was the man who helped Indian football to win its first Asian Games Gold Medal in 1962. This was India’s best performance in history. Yes, we have won an Asian gold medal. Later, he became one of the two men who got selected for the Asian All star XI team.

The Tough Fight of Yousuf Khan

Yousuf Khan was born in Andhra Pradesh on 5th August, 1937. His determination was such that after having 3 head injuries during his career, he continued representing India and winning games for it. Since he continued playing after the head injuries, the consequences were realized in 1994 when these injuries were cited as the cause of Parkinson’s disease. The irony is after winning an Arjuna award in 1966, he was ignored for the next 40 years. Then he passed away in 2006 due to a heart attack. He could have been easily the face to promote football in India and we could have witnessed a different football scene in India. But the ignorance of administration and government costed him a lot.

A combined total of Rs 5500 was his pension after the retirement from the Police department and Central government. This money was used to cater the needs of his family of a wife, a son and five daughters, and towards the medical expenses of his disease. His son used to earn some through tuitions. 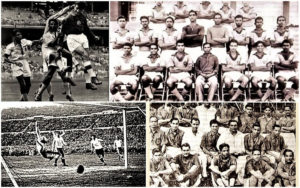 A thought would come in everyone’s mind that how come a player of his caliber who represented India in Olympics and shined as one of the best midfielders of India saw this condition.

He  wondered a lot during his last years in great pain. Whether players in the generation were right in sacrificing so much for the country, yet get nothing in return. He is still considered the best footballer produced by India and there are many such legends who are buried in the history of corruption and ignorance. It’s time we rise together to get them the recognition they deserve by spreading awareness. One such legend was Major Dhyan Chand.

KreedOn Network
We are a team of sports writers who research about sports in India day in day out. Please reach out to us in case of any specific requirement of digital services on [email protected] .
Previous articleDhanraj Pillay – The master of Indian hockey
Next article9 health benefits of Playing Badminton