World Cup 2019 Warm Up matches: 7 in-form players who stood out 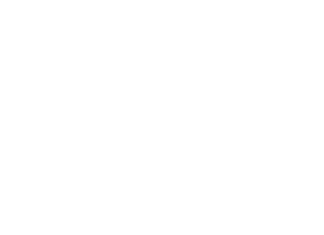 The World Cup 2019 warm up matches have just concluded, giving us a glimpse of what to expect from the cricket earpiece. Although these contests were inconsequential, warm up matches are a great way for the teams to get a taste of the playing conditions, test their bowlers and, more importantly, test the final playing XI. Moreover, Warm up games were the perfect opportunity for the players to show their talent and justify their selection in the team. Here are the top performers from the respective games that caught our eye in the 2019 World Cup Warm Up matches:

Making his debut in the World Cup this year, Shai Hope has already announced his arrival in the world’s biggest cricket league. The 25-year-old wicket-keeper-batsman scored a phenomenal century against New Zealand to inspire WI to a massive 91-run victory. In partnership with Andre Russell, Hope scored an 86-ball 101 that was peppered with 9 fours and 4 sixes to boost West Indies to a massive total of 421 runs.

After the match, he also claimed that the team has enough power to even cross the 500-run threshold in the ODI format. Shai Hope will certainly have an important role to play when the Windies meet a struggling Pakistan side in the season opener.

Jofra Archer why he is rated as the most fierce all-rounder in the world cricket so far with an outstanding season in the world’s richest cricket league – the Indian Premier League. His ability to bowl at a high pace, score quick runs and field like almost like a poacher caught everyone’s attention including England’s selectors. Soon, the Barbados-born cricketer was soon in England’s preliminary World Cup camp. Archer repaid the faith shown in him by scalping three wickets against Afghanistan in the second World Cup Warm Up match. One of them included the prized wicket of Mohammad Nabi who was batting at 44. Although he lacks the experience to play on the cricket’s biggest stage, he can still be the trump-card player of the hosts.

Look who's joined the party ??

MS Dhoni brings up a quick fire ? in the warm-up game against Bangladesh ?? pic.twitter.com/dtqPwVNktW

Defying age time and again, MS Dhoni lit the IPL 2019 with his immense show. Even though playing at the 5th spot for the most part of the tournament, the 37-year-old was still CSK’s highest run-scorer at 416 at an average of 83.20. And MSD seems to have continued that splendid form in the 2019 World Cup as well. The veteran cricketer hit a blazing 113* off just 78 balls to help India win the game against Bangladesh by 95 runs. Dhoni had an important role to play in India’s 2011 World Cup winning campaign and their run to the semi-finals of the 2015 edition. However, as the tournament makes a switch to the Robin Robin format, the importance of every match has elevated and India will need MS Dhoni to perform similarly at all the stages.

One of the major veterans to watch out for this IPL season, Liam Plunkett is certainly creating waves with his performances. In his first warm up game against Australia, the Yorkshire bowler scalped four wickets. Those included the quality dismissals of the ever-dangerous David  Warner, Shaun Marsh, Usman Khawaja, and Alex Carey. Although he didn’t get an opportunity to bowl in the following game against Afghanistan, Liam still showed his calibre in the fielding. The 34-year-old took Rahmat Shah’s important catch followed by a stupendous runout of Hashmatullah Shahidi. With hosts touted to be the favourites to finally lift the WC title this year, England will need Liam Plunkett’s vast experience with the ball.

The one player who would be the most content with his performances in the 2019 World Cup Warm up matches will be Australia’s Steven Smith. The 29-year-old endured a difficult time last year which saw him embroiled in the ball-tampering incident followed by a one-year. But as they say, real talent cannot be hidden for too long, Smith did make a return to Australia’s starting XI and how! The batsman scored a brilliant 116 to help the Aussies beat fierce stars England by 12 runs. For a batsman who has faced such a long time on sidelines, Smith did show colossal class with the ton to remind everyone why is rated as one of the best batsmen in the world.

Trent Boult was the star of New Zealand’s surprise march to the 2015 World Cup finals. The pacer took 22 wickets from nine games to making him the joint highest wicket-taker of the tournament along with Australia’s Mitchell Starc. Fast forward to 2019, and the 29-year-old southpaw is already showing signs of the same brilliance. In the two World Cup Warm up matches that he has played, Boult has taken 8 wickets – the highest so far. His figures of 4/33 (from 46.2 overs) was inspired a stunning collapse of the famed Indian batting lineup for mere 179 runs. The Kiwis went on to win that game by 6 wickets. He took another four wickets in the match against the Windies, but couldn’t stop his team from losing the contest.

Nonetheless, with the kind of swing and bounce that the English pitches have shown in the past couple of days, it feels that Bould will have a crucial role to play in the competition.

If we talk about the biggest winner of the World Cup warm up matches, it has to be Indian batsman Lokesh Rahul would certainly come at the top of the list. The 27-year-old faced some of his playing career’s toughest period after the infamous Koffee controversy. The ban that followed seemed to affect the batsman’s on-field performances with early talks even going as far as suggesting to drop him from the WC squad. However, the Karnataka cricketer responded well with a magnificent performance in the 2019 IPL season. Rahul went on to score 593 runs in the competition, taking him to the second place in the Orange cap list.

He further showed his class in India’s second World Cup warm up match with a remarkable 108 from 99 balls. The knock has almost killed the million-dollar question that has plagued the Indian cricket for so long – Who will play in the number 4 slot?

It has taken a long time & many chops and changes to the team, but at the last possible moment India have found their number four: KL Rahul. Now they must stick with him – it's the most difficult batting position in ODI cricket. He needs patience through the tournament. #CWC19

Monish Gadiya
Monish Gadiya is the Head of Content at KreedOn. He is a thorough tech-enthusiast and believes that innovation is the answer to all the problems prevalent in the society. Monish graduated from University of Pune with a degree in Civil Engineering before pursuing a post-graduate diploma course in intellectual property rights. A die-hard football fan, he has represented his college at various football competitions.

We are there after all. The cricket's biggest stage - the final of the ICC World Cup 2019. After a fierce regime that lasted...
Read more
Cricket

AUS vs ENG Dream11 Prediction Hosts England will take on old foes Australia in what will be an mini-Ashes-semi-final of the Cricket World Cup...
Read more
Cricket