Cricket. It is not just another sport in India. Cricket is the religion that brings the entire nation together! Its an emotion that emanates everytime the Men in Blue step on the grass. So when it is time for the Cricket World Cup, it should come as no surprise that the country is buzzing for the tournament to get started.

Another beautiful thing about Cricket in India is that there is a ‘Harsha Bhogle’ in every street of every small town. Everyone is an expert when it comes to team selection and pitch report. Whenever a batsman gets out, everyone tries to explain with hand gestures how the batsman should have really played the shot – all that while sitting in front of a TV.

Hence, predicting the result of this World Cup is a must-do-job for every Indian, regardless of age and gender. We, at KreedOn, too felt the need to predict India’s chances of winning the World Cup. And to do so, we have taken help of everything; from stats, recent records to Artificial Intelligence.

So let us take a look at the analysis and try to find the answer to the question – Will India win the World Cup?

After India’s semi-final defeat to Australia in the 2015 World Cup, India had to change a few things. MS Dhoni stepped down as the captain and Virat Kohli took over. He led India to the final of the 2017 Champions Trophy and Rohit Sharma captained India to victory in the 2018 Asia Cup. In the last four years, India has also defeated almost all the big guns in the bilateral series, the notable one being beating South Africa in their backyard.

So the Men in Blue have won 56 out of 86 games in the last four years and are on level with England. Although they are second in the win-loss ration due to four more defeats, India’s strong form going into the World Cup cannot be ignored. And what is really great about these numbers is the fact that India has not changed their squad much so most of the players playing in the World Cup have been part of the success in the last four years.

Needless to say, Virat Kohli has played a huge role in India’s success in the last four years. The Indian captain has scored 19 centuries in that period, more than anyone else. He is also the only batsman to cross 4000 runs since the 2015 World Cup.

India’s vice-captain, Rohit Sharma is just behind Kohli, second in the list of the batsman with the most runs since the World Cup down under.

Also Read : Top 10 cricketers with most runs in ODI cricket since 2015 World Cup

While India has a reliable and probably the most dangerous batting line-up in the World Cup, their bowling is not far behind. The team has found a gem in the form of Jasprit Bumrah, who currently the top-ranks ICC’s ODIs bowling charts. Moroever, the death-bowling specialist has the second best economy in pace bowlers, only behind Bangladesh’s Mustafizur Rahman.

India’s spin duo, Kuldeep-Chahal have also been exceptional in the past few years. They have come to Kohli’s aid whenever needed to take crucial wickets and slow down the scoring rate in the middle overs.

India leads the way in the best economy rate in the last four years with 5.21 runs per over. It is indeed exceptional feet to keep the economy rate under 6, given how 300+ totals in the new trend now.

In the newly introduced round-robin format for this World Cup, all 10 teams will play against each other. Which means, teams will get to play 9 games each and at the end of the 45 games in total, 4 best teams will seal the semi-final spot.

So, if something drastic doesn’t happen during the group stages, five or six wins should be enough to make it into the top four. So let us try to see where India could get those five to six wins from:

The games against England, South Africa, New Zealand and Australia are simply impossible to predict, given the quality of those teams. But India will back themselves to get at least two wins from these four games.

Against West Indies and Sri Lanka who are nowhere near their prime, Kohli’s men shouldn’t have any problems bagging a win.

Afghanistan and Bangladesh are the giant killers and can make things difficult for their opponents. But India has enough in their bank to deal with Afghanistan’s inexperienced batting line-up. And in Bangladesh’s case, India has always had their number in the past few ICC tournaments.

That leaves us with Pakistan, a team against which India has a 6-0 record in the World Cup. We are not saying anything, but yes we are!

That should at least seal the semi-final spot for India. And I wish I could predict the semi-final and the final as well. But then, I’m no Paul the Octopus!

(Disclaimer: Keep in mind that these are all ifs and buts!) 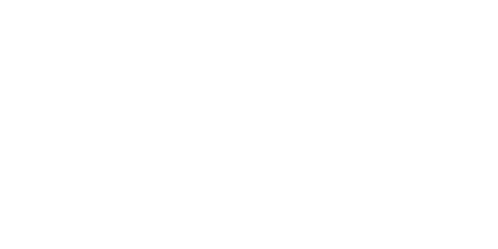 Let’s come back to Artificial Intelligence predicting the Cricket World Cup now. A number of features were used in analysing the eventual result of the tournament. From the overall win-loss ratio, battling/bowling averages, power play performances, death overs performances, etc. A total of 65 different stats were taken into consideration for the analysis, both individually and according to the team. There are two different approaches to this technique.

1. Ensemble Classification Approach: This approach is useful in accounting the variability of the data. Eight different classifiers were used to predict the output in this analysis.

2. Neural Network Approach: This system uses 12 different layers of processing in which the accuracy of each layer is adjusted using Gradient Back Technique. (In simple words, these methods were first applied on previous World Cups and the error in those results were adjusted later.)

Here are the predictions for the 2019 Cricket World Cup:

Just so you know how important are Rohit Sharma and Virat Kohli to the Indian team, if you take them out of the squad, India’s chances of winning the World Cup go down to 2%.

As things stand, AI backs India to make it to the semi-finals for sure. And their probability of reaching the final is 65%, only behind England at 75%.

Betting odds have played a huge role in predictions in the past and this World Cup is no different. If bookies are to be believed, India is the 2nd favourite to win the World Cup. Behind? Yes, England, again!

And now’s the time for the million-dollar question: Will India Win the World Cup? Well, Indians are definitely the firm favourites to win the World Cup for the 3rd time. But if all the statistics, AI and betting odds are to be believed, Kohli’s men have only one hurdle in their path to overcome– hosts England!

Chinmay Pagar
I might be a Mechanical Engineer on the paper, but I was a Sports enthusiast since childhood, screaming at the TV watching cricket at the age of 4. Not much excites me other than sports unless it's free pizza. I can watch literally anything remotely related to sports; Cricket, Football, Tennis, F1, Hockey, Athletics, Chess, you name it! And I love to write too, so at the time I'm not watching sports, I'm writing about it. Or eating pizzas, of course.
Previous articleUEFA Champions League winners list since the 1955-56 season
Next articleHow high protein diet can help athletes with best health and weight loss

We are there after all. The cricket's biggest stage - the final of the ICC World Cup 2019. After a fierce regime that lasted...
Read more
Cricket

AUS vs ENG Dream11 Prediction Hosts England will take on old foes Australia in what will be an mini-Ashes-semi-final of the Cricket World Cup...
Read more
Cricket