After BCCI, WFI to Offer Centralised Contracts to Wrestlers 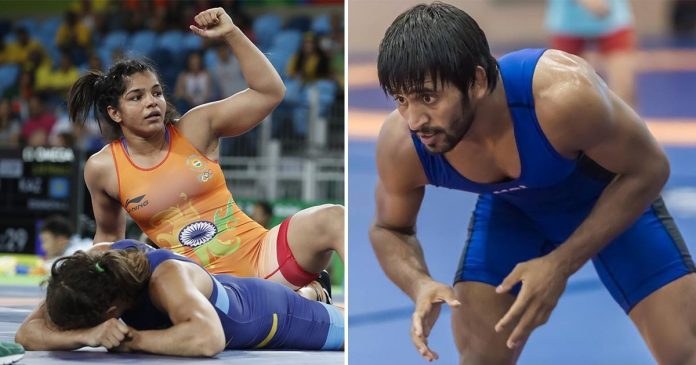 According to reports, wrestlers will be classified into nine categories; Top players to get ₹ 30 lakhs

After the Indian cricket board (BCCI), the Wrestling Federation of India (WFI) will soon offer a central contract for its players, becoming only the second Indian federation to do so. The declaration was done after a prolonged meeting between India’s prominent wrestlers, WFI officials, the federation’s commercial partner, and consultant Sporty Solutionz.

It has been reported that WFI will offer the contracts to over 150 wrestlers. This will be a huge task considering the sheer size of the wrestling pool and also the fact that they are only the second federation to offer contracts to players. BCCI currently has only 45 centrally contracted players, of which 26 are men and 19 are women.

Although details were not divulged, the final framework would probably be announced in the coming weeks. However, according to high-placed sources, the wrestlers will be placed in nine categories named A to I. The wrestlers in the top grade of A category are expected to be paid ₹ 30 lakh per annum, whereas those in the lowest category are most likely to get ₹ 36,000. The National Championships will form the basis of the contract system. The winners at the Nationals directly be included in the scheme.

The junior wrestlers were included in the plan after the WFI chief Brij Bhushan Sharan Singh’s insistence, it is being reported. The young wrestlers in the cadet category would probably draw a monthly stipend of ₹ 5000, whereas those in the junior and U-23 category would get roughly between ₹ 5,000 and ₹ 10,000 monthly.

“The junior category wrestlers will automatically jump two places if they win gold in the Asian cadet events or some other international events of repute. This was done to incentivize the scheme. This will encourage the wrestlers to work hard, and the performers will benefit,” informed a high-ranking WFI official.

Divya Kakran, an Asian Games bronze-medalist, welcomed the move. She has always been vocal about the lack of support for the grassroots level athletes.

“We were today introduced to the concept of contracts and I am told that after BCCI ours will be the first federation to hand out contracts. A real picture will emerge next month when they announce the names of the chosen ones,” briefed Divya.

She also added that,

“All wrestlers are happy with this move, especially those who have just taken up the sport. Most junior wrestlers struggle to pay for their kits and supplements, and eventually many of them leave the sport. Now, they will have some financial support, so it’s really a good move for them.”

BCCI broke the conventional rules to become the first sports federation in the country to offer all its players a centralized contract – a system that is popular in most of the developed nation. Earlier this year, the board went onto revise the contract sums being offered to the players. As a result, the domestic match fee structure witnessed a 200 per cent hike in each category.

The Men’s senior team is divided into 4 categories- A+, A, B, C. Players like Virat Kohli and Rohit Sharma in A+ grade draw a salary of around  ₹ 7 crores per annum. On the other hand, the Women’s senior team is divided into three categories – A, B, C. The A grade players bag ₹ 50 lakhs per annum and include players like Smriti Mandhana, Jhulan Goswami and Harmanpreet Kaur.

Monish Gadiya
Monish Gadiya is the Head of Content at KreedOn. He is a thorough tech-enthusiast and believes that innovation is the answer to all the problems prevalent in the society. Monish graduated from University of Pune with a degree in Civil Engineering before pursuing a post-graduate diploma course in intellectual property rights. A die-hard football fan, he has represented his college at various football competitions.
Previous articleRecording Impressive Wins, Pankaj Advani Advances into the Finals of Asian Snooker Tour
Next articleIn a Progressive Move, Sports Authority of India to Commence Coach Development Programme