At the modern Olympic Games in 1900, Men’s water polo was among the first team sport which was introduced.

Is there any scope in India?

It has been an official sport at the Asian Games since the very first competition in 1951 in New Delhi India. Women’s water polo was introduced in Asian Games 2010 Guangzhou, China. 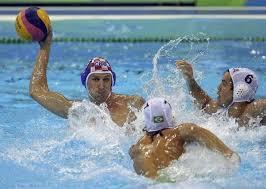 These games being are quite unpopular in India. Today many of us will not be knowing that we have a National water polo team. The sport is administered by Swimming Federation of India.

The game is played in a swimming pool and consists of four quarters of eight minutes, in which the two teams attempt to score goals and throw the ball into their opponent’s goal. Every team has a goalkeeper and six players making it a 7 member team. 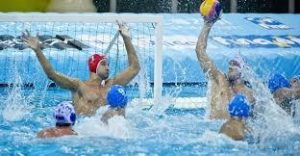 At first glance, water polo looks like a fun frolic in the pool but it is one of the most exhausting games in the world. The very rules of the game are designed to maximize fatigue. Players cannot stop pedalling for even a second when the game is on, as they can’t touch the floor or the sides of the pool when the ball is in play. Constantly pedal to stay afloat itself is very exhausting.

The players aren’t allowed to wear goggles or any protective gear, as that might hurt their opponents. Only earplugs are allowed.

When placed underwater, the human body spends a lot of energy in maintaining equilibrium temperature. If the water is too cool, it can reduce the blood flow in your body and cause the muscles to get strained. Body is forced to spend more energy due to this. Conversely, the fatigue comes into play if the pool is warm. The chlorine in water restricts breathing and adds up to the fatigue too.

Water Polo: Why the game is unpopular?

The game has changed over the years. Before it was a lot of body movements where players used to swim horizontally to put up a good show before the viewers. But due to several restrictions due to rules, the game has been changed, now there is a lot of passing while players remain static at their positions except moving from one to another end of the pool

Fast movement and swimming in the attack is almost completely gone from today’s game. This game is meant to be played quickly. People love to see movement. They want to see people moving, not just the ball movement. Passing a ball is not that exciting to watch.

Present water polo games have become slow and boring to watch as all the actions take place underwater, everything else is hidden by splashing.

Due to splashing, it is nearly impossible to recognize any of the players and hard to understand.

The game has become a “big man’s” game, where size, muscle, and length are more important than speed, quickness, agility, and fineness. 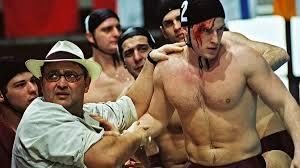 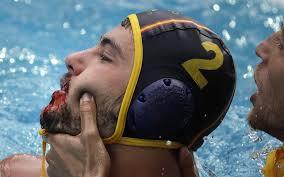 Majority of their bodies underwater and lots of splashing to reduce visibility for the referees. Because of this players are prone to kicking or hitting beneath the surface.

Officials make sure players’ nails are cut and filed down — scratching with fingers and toes is one of the most common dirty techniques. In spite of this, players leave the pool covered in bruises, scratches and sometimes the swimsuits are in tatters.

In an infamous battle between Hungary and USSR at the 1956 Olympics, proceedings got so heated with punches and kicks that the match came to be known as ‘Blood in the Water’.

There are fewer than ten countries in the world and most of them in Europe, who field their national team for international competition.

The popularity of water polo among the general population in most countries is barely noticeable and it doesn’t exist at all in most parts of Asia, the Middle East, Africa and South and Central America.

Game’s popularity can be judged by the fact that China insisted and sponsored Indian Women water polo team’s air travel. This was just to ensure minimum four entries required for the event in Asian Games 2010 Guangzhou. Failing which, the event would not have qualified for medals. The Indian team was battered, helping China win Gold in the process.

With the changed technique of playing the game, today’s water polo has become “big man’s” game, where size and height alone is enough to disqualify millions of people from around the world from ever playing the game.

Average Indian lacks in size and height parameters compared to Europeans and Americans. Though not impossible but it will be tough for India to make its presence felt in Water Polo internationally.

KreedOn Network
We are a team of sports writers who research about sports in India day in day out. Please reach out to us in case of any specific requirement of digital services on [email protected] .
Previous article
Amit Panghal Story: All you need to know about the Indian Boxing Champion
Next article
Virdhawal Khade : Promising story of Indian swimming | KreedOn