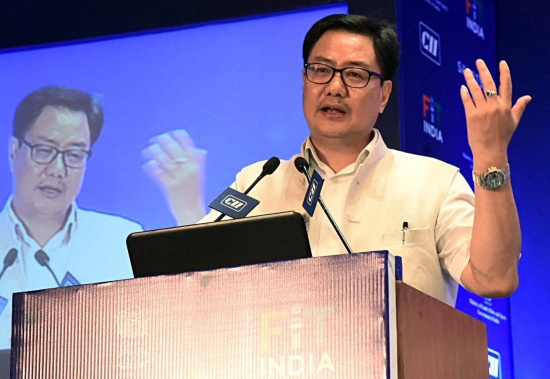 The third edition of the Khelo India Games is all set to begin on the 10th January 2020 in Guwahati. The programme was initiated to revive the sports culture in India at the grass-root level by building a strong framework for all sports played in our country. The main was to establish India as a great sporting nation.

What the sports minister has to say about Khelo India

The biggest supporter of the Khelo India games is the Indian Sports and Youth Minister, Kiren Rijiju.

Apart from sticking by his words of going forward with the competition despite the tense situation in the state, Kiren Rijiju has also promised to make Khelo India games a widespread success.

Here’s what he has to say about the Games:

Let's support the biggest sporting talent hunt in India @kheloindia launched by PM @narendramodi ji. This year the sporting extravaganza is scheduled in Guwahati, Assam from January 10. Catch me on Jan 4 and all the live action on @StarSportsIndia as young athletes gun for gold. pic.twitter.com/CLYYQV4gcF

The Khelo India games are divided into verticals that accomplish the main objective of promoting sports at a grassroot level. Some of these verticals are:


The program was developed and promoted widely to ensure a better future for the nation.

The Khelo India 2020 will kick-off with three events on January 9, Day ‘0’ of the Games. This includes Gymnastics, Kabaddi, Volleyball. The ninety-minute opening ceremony will happen on Day 1 on January 10.

This will include 1 hour of cultural programs. A gathering of over 25,000 is expected for the ceremony. Sports to be played on this day include Judo and Table Tennis. Major events like Badminton, Basketball, Boxing, Swimming and Tennis will be held towards the end.

Warad Bhat
Warad is passionate about brands, football, films and food. He enjoys reading about latest gadgets and technologies and spends his time either watching movies or cooking something new. Warad is a spiritual person who believes that to change the world you must change yourself from within.
Previous articleICC U-19 World Cup 2020 Preview: Everything you need to know
Next articleIND vs SL 1st T20 Dream11 Prediction | India vs Sri Lanka