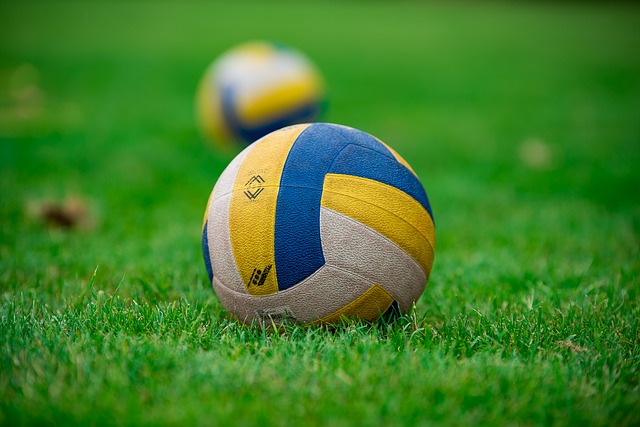 The game of Volleyball came to the Indian shores over 70 years ago after some Physical Education teachers who had gone overseas were trained in different games including Volleyball.

The Volleyball Federation of India (VFI) was established in 1951. The formation of VFI was the main catalysts in the development and popularization of the sport in India.
After its inception, the Indian team started participating in World Championships, Asian Championship, Asian Games, Commonwealth Championship and many other International Tournaments hosted in India and abroad.

India’s first success at the international platform came in 1955 when they won a Gold medal at the Invitation Asian Meet in Japan. Thereafter, India went on to win bronze and silver medal at the third and fourth Asian Games held at Tokyo in 1958 and Djakarta in 1962 respectively. That period could be considered as the golden period for Indian Volleyball.

India did not participate in any major competition related to volleyball from 1964 to 1973. When they did in 1974 in the Asian Games Tehran, India could manage only a 5th place. After a drought of almost 18 years, India finally won a medal, a bronze at the 1980 Commonwealth Games.

The popularity of the sport shot to new heights in the country when India won a gold medal at the South Asian Federation games in 1987 at Calcutta. In the 1989 version of the game, India was defeated in the finals by arch-rivals Pakistan. Nonetheless, the Indian team bagged the gold medal in 1991 at Colombo. Although the women’s team put up a good show in the 1993 SAF games at Dhaka, they still have to make an impact as big as the men’s team.

Indian Volleyball has produced many the Arjuna awardees some of which are Nripjit Singh (1962), Palaniswamy(1961), Balwant Singh(1972), Malini Reddy, Shyam Sundar Rao, Jimmy George and Ellamma among others.

Jimmy George, in particular, can be considered as one of the most gifted Indian players to have ever graced the game. He became the first Indian volleyballer to turn professional. He is widely regarded as one of the best ten players in the world of his time. At the age of 21, Jimmy George was the youngest volleyball player to earn the Arjuna Award. Unfortunatlely though, he met with a crash in Italy that left him dead. He was playing club volleyball in Italy at that time.

In the country, Jimmy used to play for the Indian volleyball team and represented India in the Asian Games in Tehran (1974), Bangkok (1978) and Seoul (1986). It was under his captainship that India won the bronze medal. Jimmy also led the Indian team to victory in India Gold Cup International Volleyball Tournament at Hyderabad in 1986.

Over the years, the sport of Volleyball has evolved from strength to strength, with some very talented players coming up off late. The Khelo India initiative is further augmenting this process. It is proving to be of immense help when it comes to identifying and nurturing young talents in Volleyball.

In its first season, it was Delhi Young men and Bengal Young ladies who claimed the Volleyball Gold. Although both the teams were exceptional, the one player that stood out than the rest of the players was Disha Ghosh. She is considered as the torch bearer for the next generation of women’s volleyball team. Dilbangshi Tiwari and Tithi Dhara are the other emerging talents in the women’s team.

It is expected that the development of the sport will be further augmented by the PV Sindhu-backed private league, the Pro Volleyball League. The league is expected to further help the process of evolution of the sport in India. Apart from that, PVL will also bring the much-needed recognition to the Indian volleyball players.

There is still a long way to go for the Indian Volleyball sport!

KreedOn Network
We are a team of sports writers who research about sports in India day in day out. Please reach out to us in case of any specific requirement of digital services on contact@kreedon.com .
Previous articleIND vs AUS 3rd Test : Mayank Agarwal, Cheteshwar Pujara Shine on Day 1
Next articleChetan Anand Biography: A Humble Badminton Star who Dominated the Game for Years

This is When the Highly Anticipated PVL Season 2 Starts…

PVL Detailed Analysis: How have Teams Fared in the First Leg?

This is When the Highly Anticipated PVL Season 2 Starts…