The preparations for the Indian Premier League (IPL) 2022 edition have already begun.
All the franchises except the two new ones of course have now announced the players they
have chosen to retain.
The new retention policy allows only four players to retain, out of which at maximum only two could be overseas.

Here is the list of the teams and the players they have chosen to retain.

The stepping stone to success in #VIVOIPL – the #VIVOIPLRetention is here! 🤩

Who's retaining whom? Find out LIVE, only on @StarSportsIndia

Complete list of Retained Players of each IPL Team

The IPL franchise with the biggest net worth and the second-most trophies had a problem of plenty at their hands to choose whom to retain. Out of the many players they had, the four players who stood out among all others were the following- 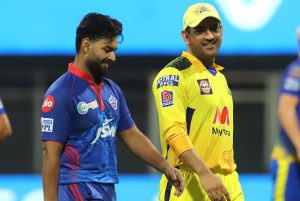 Another team facing the problem of plenty and too much success is Delhi Capitals. They have been reaching the playoffs continuously for the last three seasons and have a great pool of players to choose from. The players they have retained are-

The finalists of the previous season probably had an easier time choosing their retention
choices. It had been quite clear from the beginning that the franchise will not retain their captain Eoin Morgan. The four players they retained were-

Despite being the most successful team in IPL history and a team with many greats, it was quite obvious whom the Mumbai Indians were going to retain. The only confusion had been for the fourth retention of whether it would be Suryakumar Yadav or Ishan Kishan. The four players they finally chose were-

Now we come to the teams who chose to retain only 3 players and did not use their entire retention ability. The first franchise that did this is Rajasthan Royals. Their cautious use of retention allows them to lead with a healthy 62 crores in the Auction. The players they retained are-

With Virat Kohli deciding to step down as captain and Ab De Villiers retiring, it seems like the Royal Challengers Bangalore are going to have a new start in Vivo IPL 2022. Their three retentions are-

Sunrisers Hyderabad is at the top among all the teams which look like they are going to have a completely different and a new beginning this season. With David Warner and Rashid Khan parting ways and the team not choosing to retain Bhuvaneshwar Kumar, the three most popular names associated with the franchise will not be there in the new era. The players they have decided to give the reign in this season of the IPL are-

The Punjab Kings must be a little disappointed at their captain and best player KL Rahul
choosing to not continue with the franchise but they still have a chance to build a new better team. They only retained two players-

IPL Auctions 2019: Who Should KKR be Buying This Time?