Virat Kohli is the captain of the Indian cricket team and one of the greatest modern cricket batsman in the world. Although everyone has their opinion about the man’s attitude and temperament, his game seems to shut every critic time and again. The Indian Captain reigned supreme throughout last year as he became the first player in the history to win all the three major ICC Awards. He ranks number 1 in ICC Rankings of both Test and ODI Cricket. The Delhi batsman is also one of the most consistent run-scorers in the world. Evidently, he has already scored 66 centuries in international cricket just walking into his 30s. Here is the list of each Virat Kohli century, also including IPL, along with the date, opposition, score, match status and venue. 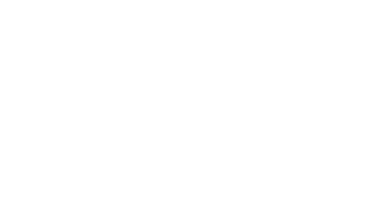 After making his ODI debut on 18 August 2008 against Sri Lanka, just after leading U-19 squad to a World Cup title, it took a while for the young champ to get his first major milestone. He scored his first century more than a year later (24 December 2009) against the same team, scoring 107 runs at a strike rate of 93.85.

His highest score of 183 came against arch-rivals Pakistan. On 18 March 2012, Virat helped India chase down a humongous total of 330 runs with his excellent innings of 183 runs at a strike rate of 123.64. In fact, Virat is also known as the ‘King of chase’ as he averages just under 100 runs while chasing in ODIs. Arguably the best white-ball batsman ever, Virat has a great knack of winning games single-handedly for his team. India has lost just 7 out of the 41 times he has scored a century in an ODI. Virat also holds the record of the fastest century by an Indian batsman in the ODI cricket, achieving the feat in just 52 balls while chasing down a giant target of 350+ against Australia in 2013.

The Indian captain also has 25 test centuries to his name with the first one coming against the Aussies on 24 January 2012 at Adelaide. His test high score of 243 came against Sri Lanka at Feroz Shah Kotla in December 2017. The Indian team has been through 5 losses, 9 wins and 7 draws in Virat’s milestones.

Although Kohli is yet to hit his first international century in the shortest format of the game, he has 5 centuries in the Indian Premier League (IPL), record 4 of them coming in a single season in 2016. The 5th one came against the KKR in the last edition.

Raghav Heda
Raghav is a sports enthusiast and a content writer at Kreedon. Being a former state-level cricketer and Captain of the Basketball team at IIT Patna, he understands the problems faced by a student-athlete in India. He is also a die-hard NBA fan and has been following the league and American Sports Media for long. Comparing the Indian sports economy to American Sports' was something that motivated him to work for the development of Indian Sports.
Previous articleSaina Nehwal net worth, endorsements, salary (Updated 2019)
Next articleDream11 HYD vs BLR Pro Kabaddi League 2019 | PKL Prediction

Another Record for Skipper Kohli: 1st Batsman To Score 3000 Runs In T20s

Indian skipper Virat Kohli became the 1st-ever cricketer to score 3000 runs in T20 Internationals. He touched the milestone during the 2nd T20 between...
Read more
News

Virat Kohli: 100 Million is Not Enough | 1st Asian with 100 mil Followers On Instagram

Skipper Virat Kohli has another magnificent record in his bag. Recently, he became the 1st Indian and 1st cricketer to cross the 100 million...
Read more
Biographies

It was an ODI, not a T20 match: India Packed Up Windies for Just 104 Runs to Win the 5-Match Series

Beating India in India was always a huge task for the young and inexperienced Windies side, who had just about managed to qualify for the...
Read more
Cricket

Another Record for Skipper Kohli: 1st Batsman To Score 3000 Runs...