Veda Krishnamurthy Biography: Story of India’s Batting Maestro at No. 4 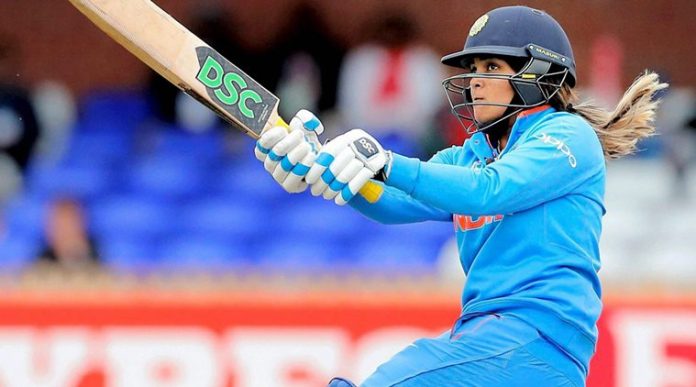 Brilliant fielding and the power-hitting with the ability to take quick singles- a perfect recipe for the modern-day middle-order batsman. Indian Cricket star Veda Krishnamurthy has them both!! However, more important for any athlete is the ability to admit their weakness, work on them and bounce back.

After a promising debut, Veda Krishnamurthy lost her place in the Indian team; Forcing her to revaluate herself. However, the 28-year-old cricketer recognised her problems, worked on them and returned to become a star of the Indian Women Cricket team. So let’s have a look at the famous Indian batter’s journey through life.

Veda Krishnamurthy was born on 16 November 1992 in Kadur, Karnataka to SJ Krishnamurthy, a cable operator and Cheluvamba Krishnamurthy. The youngest in the family of 3 sisters and a brother, she started playing street cricket at the age of 3.

Veda had a relatively less challenging childhood as compared to her fellow team members. She received extensive backing and encouragement from her family. In school, Veda was made to attend karate classes – a routine she detested.

However, after some sustained efforts by her parents, she went on to earn a double black belt by the age of 12. Her toil on the karate mats proved to be a big game-changer for Veda, as, according to her, the karate training had made her more tough and agile at a young age.

While she disliked martial arts, one sport that she loved and played profoundly was cricket. Many times she would bunk classes and convince her friends to play cricket. Complaints started pouring in, but the passion for the sport was on an ascent. Veda’s parents had to bring her to Bangalore to see if she could make a career out of her so-called passion for cricket.

At the age of 12, Veda attended a summer camp hosted by Irfan Sait at the Karnataka Institute of Cricket. By the end of the camp. Irfan urged Veda’s parents to let her stay back and continue to train.

Following his request, her parents admitted her into the Cambridge Public School in HSR layout. Veda went on to complete her secondary education and graduate from the famed Mount Carmel College. Within the year, Veda made her way into the Karnataka U13 squad, courtesy to her superior athleticism.

Making the state senior team is no small achievement. Veda did one better by breezing her way by the age of 14 and vice-captainship by the age of 17. As the captain of the U19 Karnataka team, Veda led them to glory for two consecutive South Zone Inter-State Cup titles.

Unsurprisingly, she received her first India call up by the age of 18. She made it to the Boards President XI which welcomed West Indies women and the 2010-11 Women’s Champions Trophy squad.

An 18-year-old Veda made her debut under Julan Goswami’s captainship in the quadrangular ODI and Twenty20 tournaments in England. On her debut, she scored 51, helping India reach 202. Veda finished the series with 119 runs in 4 matches, averaging just under 30 and a strike rate of 69 per cent.

Despite her brilliant and promising debut, the sudden change from a sub-standard domestic structure to international quality fazed her. She failed to move above single digits in her next five innings and was consequently dropped.

The Break and Recall

After she was dropped, she decided to take a break from cricket and gather her wits.

“It was a tough patch. Everything happened too early for me, and I was flying, thinking I am playing for India. It probably got into my head more than I had expected, and I could not handle the success. I was too young and not matured to understand what was going on around me,” Veda admits.

She was successful in securing a job with Western Railways. Her mother had a significant role to play in convincing her to take a government, a decision Veda’s father disapproved. The former felt it would help her become independent. And that is precisely what happened.

Veda not only became independent, but she also became more mature after handling responsibilities. Once she had a clear mind, Veda resumed playing for Railways in 2014. Playing for Railways, Veda was out of her comfort zone, which she was so used to during her formative years in the Karnataka team. Thus helping her to evolve.

“Once I started playing for Railways, I was out of my comfort zone of the Karnataka dressing room. That helped me evolve a lot because I had to be myself. I learnt a lot of things when there was [nobody] to back me, and there was no cushion.”

Veda earned her India recall after a two-year gap in 2015, and there was no looking back. After a nervous score of 1 in the first match, Veda returned with an impressive 63 against New Zealand Women.

Since then, Veda has gone on to score 829 runs in ODI with an impressive strike-rate of 76.90. Veda has scored eight half-centuries for India, including her highest score of 71 versus West Indies at Vijaywada.

Veda Krishnamurthy was named in the 15 man squad for the ICC Women’s Cricket World Cup, England. Veda was omitted from the playing 11 in the starting four games of India. However, Veda was called onto replace an injured Smriti Mandhana in the game against Sri Lanka. Veda picked a brilliant catch on the field before going on to play a 33-ball 29 toward the end of the innings.

However, she was unable to contribute much against South Africa Women and Australia Women. Veda’s most crucial knock came in the final group game against New Zealand women. She scored 70 runs in just 45 balls as India qualified to the semi-finals. After beating Australia in the semis, Indian women faced hosts England in the finals on 23 July at the Lords. Veda scored 35 runs as India lost a close game by 9 runs.

Veda made her T2OI debut along with three others against Australia Women in the NatWest Women’s T20 Quadrangular Series, 2011. Veda was able to just score 2 runs as the Women in Blue plundered to a dominant Australian side.

Veda’s contribution in T20I was restricted in single digits at times, mainly because she came number 5 and below and had to try to hit big. It was only after her return to the Indian squad in late 2015 and early 2016, that Veda was promoted up the order.

The highlight of her career was in the 2016 India tour of Australia when her well-timed 35 runs helped India chase down a stiff total of 141 in the T20 International. Veda was India’s second-highest runscorer in the World T20 World Cup, 2016 finishing with 80 runs in 4 games.

Veda Krishnamurthy signed a one-year contract with Hobart Hurricane for the third season of the Women’s Big Bash League. In doing so, she became the third Indian player to sign with the WBBL after Harmanpreet Kaur and Smriti Mandana. Veda played 9 matches in the first half as she had to return for International duties.

Veda had a decent debut season, scoring 144 runs in 9 matches with an average of 18 and strike rate of 101.41. Veda’s best performance for the hurricanes shirt came against the Renegades scoring 40 of 35 balls.

Veda likes to emulate Suresh Raina (she too comes at No. 4),  in both batting and fielding. According to her, Veda has always been good at playing masterstrokes, ones who hit the ball right from the first one, form her U-19 days. She likes to dominate the bowlers.

Another unique aspect of the player is her ability to hit multiple straight drives, with a still head. Veda rarely loses control of her technique and shape, even while slogging.

“Being a south Indian, the first thing they teach you when you pick up a cricket bat is the cover drive. I have done a lot of drills to perfect my straight shots, and once your basics are in place, you can play any shot,” she says. One of her signature shots is the inside out loft over the covers.

A big part of Veda’s batting has to be her self-confidence to deliver in crunch situations. She is particularly noted for her crunching knocks under pressure that gives her team an edge, especially during chases.

WATCH: Talk about timing your jump to perfection! ??

Her biggest strength, apart from her hard-hitting brand of batting, is her fielding. She is one of the most agile players on the fields and the quickest. Veda is, therefore, stationed at the boundaries and she materials the border with aplomb.

Veda was born on 16 October 1992 in Kadur, Chikmagalur which is around four hours from the capital city of Bangalore. Her father SJ Krishnamurthy, a cable operator and Cheluvamba Krishnamurthy. She has two elder sisters- Vatsala, and an elder brother. Veda’s family is equally part of her success due to their selfless contribution.

Veda’s family had prepared her for the tough road ahead. They enrolled Veda for karate classes, her father woke her up every morning without fail and arranged for a trainer. Her sisters played her part as well by convincing other parents in the area to send their kids for the classes. There was no escape route for the youngest sibling.

Veda’s mother might just have played the most important role by encouraging her to play a boys sport. “There has never been a situation where my parents or siblings have stopped me from playing. Since I was a kid, I was always on the streets, and my mother never discouraged me from playing with boys. She encouraged me to play all the ‘boys’ sports.”

Veda Krishnamurthy is unmarried. There has been little to none information about her dating life.

Veda Krishnamurthy debut on the Kapil Sharma Show along with teammates from the Indian women’s cricket team – Mithali Raj, Harmanpreet Kaur, and Jhulan Goswami. The stars joined join Kapil and his team to celebrate the completion of 100 episodes of TKSS on 23 April 2017.

Veda Krishnamurthy’s net worth is estimated to be above ₹1.5. Most of her earnings come from BCCI for playing for the Indian team. The salary is divided based on the category that a player falls. For example, in Women’s cricket squad, there are three categories: Grade A, B, and C.

Absolutely devastated by the news of Kobe & his daughter’s passing. My thoughts go out to his family & friends.
RIP Legend ? pic.twitter.com/rvKK9a4ei5

What an amazing bunch this ??

Monish Gadiya
Monish Gadiya is the Head of Content at KreedOn. He is a thorough tech-enthusiast and believes that innovation is the answer to all the problems prevalent in the society. Monish graduated from University of Pune with a degree in Civil Engineering before pursuing a post-graduate diploma course in intellectual property rights. A die-hard football fan, he has represented his college at various football competitions.
Previous articleTania Sachdev Biography: Breaking the Glass Ceiling, this Queen Rules the Chess Kingdom
Next articleIt’s All About The Mental Game: The What, Why and How of Sports Psychology