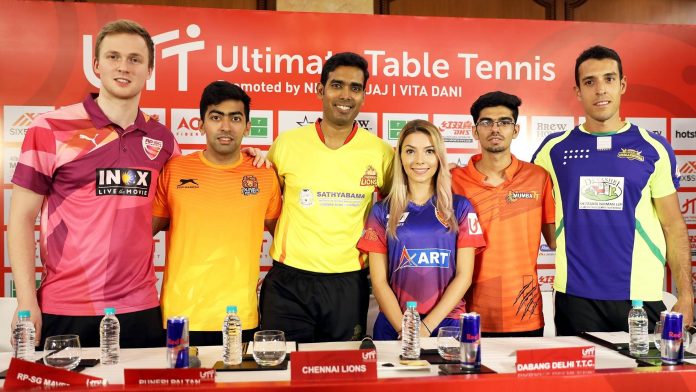 The third season of the Ultimate Table Tennis is set to start from 25th July and the carnival will go on for three weeks in New Delhi. With the introduction of two new teams and players like G Sathiyan and Manika Batra as the point of attraction, the third edition is set to be more thrilling than ever before. Here is everything you need to know about Ultimate Table Tennis Season 3:

Based on the concept of franchise-based sports leagues, Ultimate Table Tennis opened the doors for Indian youngsters to compete with superstars from around the globe. It might not be as lucrative as other sports leagues in India, but UTT is serving its purpose to the fullest – Spreading the game amongst masses and unearthing the talent from around the country.

The competition is organized by 11Sports, owned by Niraj Bajaj and Vita Dani. The duo is also the co-owner of the ISL team Chennaiyin FC.

The first edition took place in 2017 where Falcons TTC defeated Shaze Challengers 14-9 to win the first-ever Ultimate Table Tennis. The Falcons made it to the finals once again in the second season but were beaten by Dabang Delhi.

Six teams will fight for the prized trophy once again in the third season, although with a few changes in ownership. Three teams from the second season, Falcons TTC, Warriors TTC, and Maharashtra United will no longer be a part of the league. They will be replaced by Puneri Paltan, Chennai Lions and U Mumba TT. Both Pune and Mumbai owners also own teams in the Pro Kabaddi League. The three other teams will be Defending champions Dabang Delhi (Formerly Dabang Smashers), RP-SG Mavericks, and Goa Challengers (formerly Empowerji Challengers).

While all six teams will face in the round-robin format just like previous seasons, there are a few changes in the league. Each team will now have only six players in the squad instead of eight.

Each match will be a three-game affair, where the first player to 11 points wins the game. In case of a 10-10 scoreline, a Golden point will decide the winner of the game. 15 such games will be played in five matches of each tie with one point for each game won. The team with most points at the end of the tie will be declared the winner.

From the third season, singles players can be drawn against each other regardless of their nationalities, unlike the last season where Indian players were only allowed to face foreign players. Although no player can play more than one singles match in the same tie.

Four best teams from the group stage will progress to semi-finals in 1vs4 and 2vs3 format. The final of the Ultimate Table Tennis Season 3 will take place on 11th August.

All the franchise had to pick six players in the player auction, except Dabang Delhi, who retained India’s star paddler G Sathiyan for the third consecutive season. World No. 24 was the only player retained for the third season. Each team has four Indian and two overseas players in the squad.

40 players were part of the player draft where Indians were in high demand. Indian paddlers Sharath Kamal and Manika Batra were picked in the first round by Chennai Lions and RP-SG Mavericks Kolkata respectively. Goa Challengers though, made a fine first buy, bringing World No. 8 Cheng I-Ching of Chinese Taipei to the team. U Mumba went for Doo Hoi Kem (World No. 11) in the first round while Puneri Paltan opted for Chuang Chih-Yuan (World no. 27). 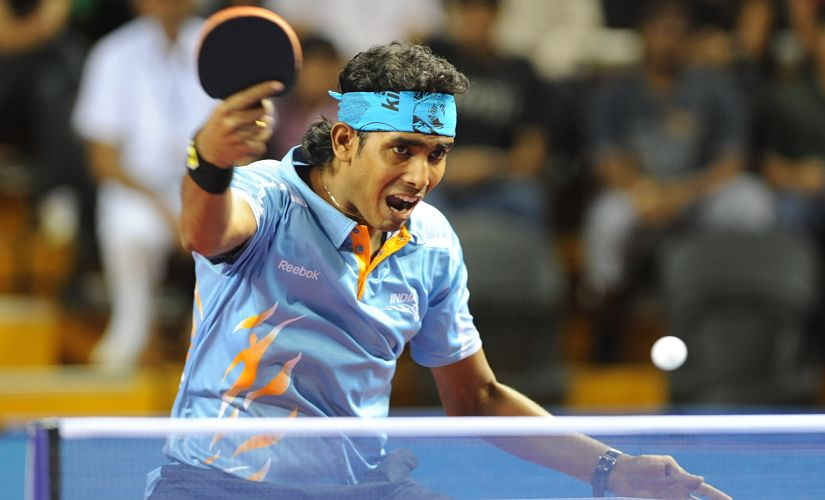 One of ? will lead their teams to glory this season. ?

Owner: DO It Sports by Radha Kapoor

All the matches will be broadcasted on Star Sports Network and live streaming will be available on JioTV and Hotstar.

The third edition will kick start from 25th July and the final will be played on 11th August. Unlike previous seasons, all 18 matches will be played in New Delhi at the Thyagaraj Sports Complex. One tie will be played every day, starting at 7 PM IST.

Tune in to Star Sports, Hotstar and JioTV to follow the action LIVE! ?⏳⏰??#LevelAlagHai pic.twitter.com/qJnFWisePB

The UTT’s third edition will have the prize money of ₹2 crores in total. The eventual champions will get ₹75 lakh with the runner-ups pocketing ₹50 lakh. The loser of both semi-finals will get ₹2 lakh each. The rest of the ₹25 lakh is for individual awards.

Chinmay Pagar
I might be a Mechanical Engineer on the paper, but I was a Sports enthusiast since childhood, screaming at the TV watching cricket at the age of 4. Not much excites me other than sports unless it's free pizza. I can watch literally anything remotely related to sports; Cricket, Football, Tennis, F1, Hockey, Athletics, Chess, you name it! And I love to write too, so at the time I'm not watching sports, I'm writing about it. Or eating pizzas, of course.
Previous articleDream11 TAM vs DEL Pro Kabaddi League 2019 | PKL Prediction
Next articleRohit Sharma Family | Wife| Daughter| Parents| Siblings- KreedOn

G Sathiyan Biography: The Tale of an Engineer Who Made it Big in Table Tennis