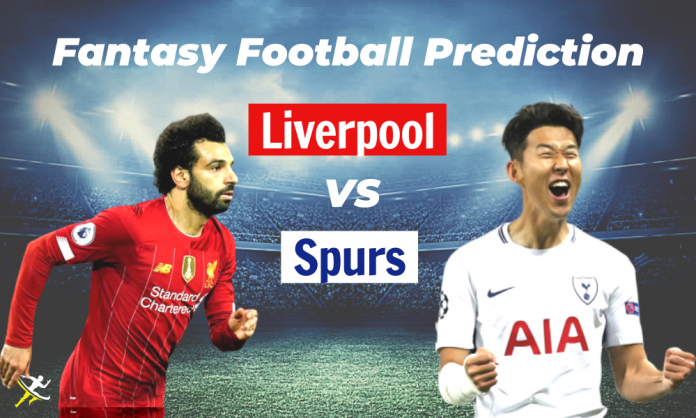 Matchday 22 of the Premier League will see a blockbuster tie as Tottenham Hotspurs host Liverpool at the White Hart Lane. The Reds have been phenomenal this season, winning all the matches they have played except for a draw. Can Tottenham do the unthinkable and become the season’s first team to beat the title-favourites. Well, the Lilly-Whites certainly have the backing of the millions of non-Liverpool fans, to say the least!

Clinical & ruthless. This is how simply Liverpool’s season can be described. The Reds embarked on an 8-match winning streak before drawing away to Manchester United. The team then went on another streak at 11 and counting.

The resultant – Liverpool now have a staggering 13-point lead over the second-placed Leicester City (with a game in hand). With only 18 games to go, it seems increasingly likely that Liverpool will finally be holding the domestic title for the first time in over thirty years.

It has been an inconsistent season for Spurs thus far, reminiscent of the pre-Pochettino era where they gave away lead for fun and lost from apparently winning positions. However, since the arrival of Jose Mourinho, things have improved slightly. The team has lost in only three of the last nine games.

Jose is known to spring his magic against big teams, but he has failed to do so in the matches against Manchester United and Chelsea. Can the Portuguese change it against Liverpool?

Allison has been the league’s most relaxed keeper this season. In fact, Liverpool have kept 7 clean sheets under him this season, making his choice a no brainer.


Virgil Van Dijk has been a rock as always this season. Liverpool have given away just fourteen goals in 20 matches, the least in the league. Andrew Robertson has been impressive as well, chipping in six assists apart from scoring a goal. We rue missing on Trent Alexander-Arnold, but he is definitely a decent choice.


We are going with the Liverpool duo of Jordan Henderson and Fabinho in the midfield matched with Dele Alli and Harry Winks. Fabinho averages a decent 60 passes per game. His modest price tag of 8.5 credits makes him an obvious choice.

Mane (who is placed in the mid-field rather than attack in Dream11) has 11-goals to his name apart from 6 assists to his name. He is sure to gorge upon the generous Tottenham back four.

Dele Alli has been handed a new lease of life by the arrival of Jose Mourinho. In the last nine games, the English mid-fielder has accounted for 6 goals and 3 assists with a decent pass percent of 77.40%.

Tottenham have been dealt with a huge shock of Harry Kane’s injury.  The English striker is expected to undergo a surgery in his left hamstring and will be unavailable for a considerable time. The onus will, thus, lie with Heung Min Son to lead Tottenham’s attack.

The South Korean has had a slightly underwhelming season this year, having been sent off twice. However, in the fifteen appearances that he has made, Son has 5 goals and 7 assists. And then, there was that ‘Goal of the Season’ contender against Burnley.

Sonny on his @premierleague Goal of the Month award.#THFC ⚪️ #COYS pic.twitter.com/CdlmnLaTTk

As Spurs’ main striker tonight, much can be expected from him.

KreedOn Network
We are a team of sports writers who research about sports in India day in day out. Please reach out to us in case of any specific requirement of digital services on contact@kreedon.com .
Previous articleKhelo India 2020 Opening Ceremony leaves audience stunned
Next articleMCFC vs ODS Dream11 Prediction 2020 | Mumbai City FC vs Odisha FC