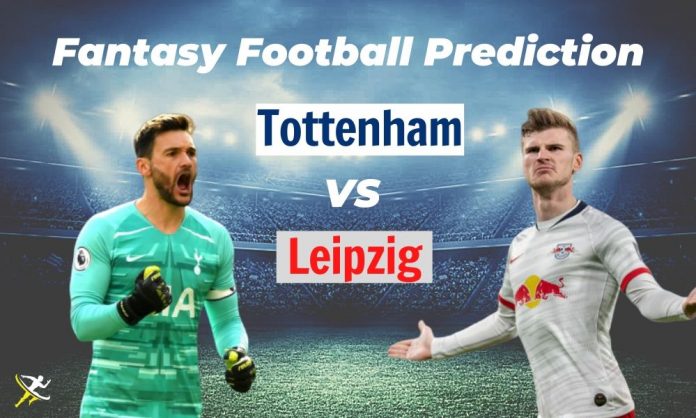 Tottenham Hotspur welcomes RB Leipzig at the Tottenham Hotspur Stadium, London in the round of 16 of the UEFA Champions League on Wednesday. Tottenham have seen a tremendous turnaround under new manager Jose Mourhino. Languishing in the 14th position when the Portuguese came, the Lilywhites have swiftly risen to the 5th spot in the table, just one point below rivals Chelsea whom they meet on the weekend.

RB Leipzig, on the other end, are in a neck-to-neck battle with Bayern Munich in the Bundesliga. The team is just one point shy of the table-toppers. And with Dortmund and Borussia Mönchengladbach (who have a game in hand) fancing their chances for the title as well, Bundesliga was never as exciting and competitive.

The Bundesliga title race is hotting up ?

Bayern secured the top spot again yesterday with a 1- 4 away win over Koln.

The top 5 are separated by only 6 points though ?

Spurs are basking under a remarkable recent form. And, ironically, that is happening in the absence of the main man Harry Kane. Jose Mourhino’s arrival has brought out some positive performances from the unit. And despite the unavailability of Harry Kane and the departure of Christian Eriksen, they have adapted well and are on a roll with three consecutive wins.

The influx of new talent, especially Steven Bergwijn, in the winter transfer window has further added to this positivity.

Furthermore, they are unbeaten in the last 6 games in all competitions. Averaging 3.67 goals scored at home in the CL, Spurs will be spurred to score a few goals with RB’s defensive woes.

Also Read: ATL vs LIV Dream11 Prediction | Atletico vs Liverpool CL Round of 16

RB Leipzig are having a brilliant domestic season as they challenge Bayern for the Bundesliga title. However, Julian Nagelsmann will be wary of the bad form they are in. Leipzig have won just one of their last 5 games. They have conceded 7 goals while scoring just 6 at the same time.

With at least 5 players out, including the suspension of Dayot Upamencano, Leipzig are lacking proper defensive cover for a team like Tottenham, last edition’s runner-ups. While they were able to hold Bayern Munich (the same team which destroyed Spurs 7-3) for a 0-0 draw; Leipzig will need to repeat their brilliant best in both defence and attack if they want to return from North London with something.

Also Read: DOR vs PSG Dream11 Prediction | Dortmund vs PSG CL Round of 16

Manan Dharamshi
I usually describe myself with three 'F's, i.e, Food, Football and Films. Born and Brought up in Bangalore since the mid-1990s, I have always had a huge interest in playing football, cricket and watching other sports. People who know me always tell I bleed football. Sports, and Football, in particular, has helped me through hard times and helped me to shape my view on the world. And that is one of the reasons why I want to serve as a Sports Journalist.
Previous articleSachin Tendulkar names political leader who ‘profoundly impacted’ him
Next articleAnother Kambala racer breaks Usain Bolt, Gowda’s 100m record [Video inside]