It would not be wrong to say that the amount of runs a batsman scores is a fair way of
estimating his quality. But an even better way might be the average and how quickly did the player reach the milestone. Generally, the quicker a batsman reaches milestones of runs scored, the more consistent he is considered. Here is a list of the top ten international players who reached the fastest 6000 runs in ODI cricket.

List of players who scored Fastest 6000 runs in ODI

The fastest to 6000 ODI runs is the South African opener, Hashim Amla. Hashim For most of the duration of time Hashim Amla played cricket, he was probably among the top five most consistent batsmen in ODI cricket.
Not only this but he is also the fastest to 2000, 3000, 4000, 5000,6000, and 7000 ODI runs. He was also the fastest to 10 ODI centuries.
Amla was an incredible asset to his team and for a long time, his average was well above 50. Only quality players like Virat Kohli have managed to do the same after playing as many games as Amla played. This unbelievable consistency however declined after average cricketing years in 2018 and 2019. Amla ended his career with 8,113 runs and a pretty decent average of 49.47. It took Amla only 123 innings to cross the 6000 runs margin.

As expected of this modern-day legend, King Kohli’s name comes on this list too. He is the
second on the list, taking 136 innings to reach the important
milestone.
Virat Kohli is a batsman par excellence, there are no two thoughts about that. But what is even more impressive is the way Virat has improved himself over the years and has become more consistent with time. Virat is not only the second fastest to 6000 ODI runs but he is also the fastest to 8000, 9000, 10000, 11000 and 12000 ODI runs.
Virat is not only among the small elite group of six players to reach 12000 ODI runs but also has the second-most ODI centuries to his name.

Also read: Fastest to 1000 ODI Runs: The Fast & the Furious of ODI Cricket

The third on the list for fastest to 6000 ODI runs is Kane Williamson. It took this member of the popular ‘Fab Four’ 139 innings to achieve the milestone.
If Cricket is the gentleman’s game, then Kane Williamson is without a doubt one of the greatest role models the game has ever produced.
Calm and humble off the field and consistent and reliable on the field, the New Zealand Captain is surely one of the best players to exist today.

The fourth name on the list for the fastest to 6000 ODI runs is Shikhar Dhawan. It took the
left-handed Indian opener 140 innings to get to the milestone.
For someone famous as a reckless but brilliant batsman, Shikhar Dhawan has been remarkably consistent in his career. The batsman is often considered one of the best left-handed openers for India in modern-day cricket.
During his rise, he was often compared to the likes of Yuvraj Singh and Virender Sehwag.
Shikhar has 6,105 runs in ODI with an impressive average of 45.55. He stands at number four on the list for fastest to 6000 ODI runs.

The sixth on this list for fastest to 6000 ODI runs is the English batsman Joe Root. It took Root 141 innings to reach the milestone.
Joe Root is one of the most consistent players in the world right now. He is also the most
reliable player for his team along with the all-rounder Ben Stokes.
With 6,109 runs in ODI cricket with a phenomenal average of 51.3, it is no surprise that Joe Root is considered to be a member of the elite group called the “The Fab Four”.

The third Indian on this list after Virat Kohli and Shikhar Dhawan, and the seventh fastest to 6000 ODI runs is the former Indian Captain Saurav Ganguly. It took him 147 innings to reach this important milestone.
Affectionately called ‘Dada’ which means ‘Elder Brother’, Saurav Ganguly is not only one of
India’s best captain ever but also one of the best opening batsmen we ever had.
Saurav Ganguly had one of the most illustrious careers in Indian Cricket history with over eleven thousand runs and 300 matches. He came number seven on this list for fastest to 6000 ODI runs.

The number eighth spot on the list goes to the South African right-handed batsman Ab De Villiers. It took him 147 innings, the same as Ganguly, to reach the record.
Ab De Villiers was a truly rare breed. He could hit the ball anywhere he wanted, hence earning the nickname Mr.360. The proteas legend has many records of his name. He has the record for the fastest ODI fifty, fastest ODI hundred, and the fastest ODI 150. In addition, he is also the only batsman to have both an average of over 50 and a strike rate of over 100 in his ODI career.

The ninth name on the list is Matthew Hayden. It took Matthew Hayden only 154 matches to get to the milestone.
Matthew Hayden belonged to one of the best Australian teams to ever exist and his explosive style of batting was surely a great asset for the team.
Hayden ended his ODI career scoring 6,133 runs in 161 matches with an impressive average of 43.81. 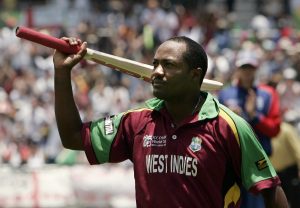 The tenth name in the list for the fastest to 6000 ODI runs is Brian Lara. It took Brian Lara only an inning more than Hayden to reach the 6000 ODI runs milestone.
Brian Lara is one of the greatest left-handed batsmen to exist and probably the greatest
match-winner the game has ever seen. With over 10 thousand runs in both the one day and the test formats.
It takes a lot of consistency and hard work to score 6000 runs in ODI cricket and these players had not only scored 6000 ODI runs but scored them with incredible consistency. They are truly some of the greatest the game will ever see.

10 Players with the Highest Score in Test Cricket

Story of the Comeback team – The Chennai Super Kings

Ravi Shastri Has His Say on Rumoured Virat-Rohit Split