The way football is practiced and played by individuals all across the world is astounding. It can be rightfully considered as a global religion. Football is the only sport in the world that has the power to shut down the entire nations and cities for a single match. Even for football lovers it is quite difficult to explain why people are so enthusiastic about this sport.  We have listed down the reasons which will help you know why football so popular worldwide and why it is considered as the best sport in the world.

The fact that football is so inexpensive to play is one of the main factors contributing to its popularity. Sometimes, football ball is not even necessary to play football. People play football with whatever they could find, such as soda cans, juice bottles, or even “tetra-packs.” Any one of these things would make the ideal football ball. The only restriction on how you can play the game is your imagination regardless of the circumstances like in a viral video, a group of young Africans created their soccer balls out of trash bags and scraps of thread.

Football a fun game where children and even adults can have a great time playing with homemade soccer balls or any other thing acting as a ball.

Can be played anywhere and anytime

As stated previously, football can be played anywhere wherever there is a space. But what’s even better is that football is one of the few sports that can be played both inside and outside, making it practically playable at anyplace. Football’s adaptability as per the requirements and preferences makes it so liked and widely played worldwide.

One of the earliest sports that is still practiced today is football. FIFA claims that “ball sports” resembling football were played in the UK as early as 200 BC. Since then, a lot has happened in the game, and it wasn’t until 1857 when Sheffield F.C, the first soccer team ever, was established in England. The FA Cup, which was originally played in England in 1871, is the oldest soccer competition that is still played today. England vs. Scotland was the first official international match, which took place on November 30, 1872. The inaugural World Cup was played in Uruguay in 1930 as things swiftly came to a head.

The fact that a sporting event can draw 3 billion viewers is largely due to the excellent sport marketing that the greatest corporations in the world do. Not just the world cup, but also well-known football clubs like Real Madrid and Barcelona earn millions of dollars in sponsorship fees. According to Forbes, Barcelona’s biggest sponsor gave them 233 million dollars last year whereas Real Madrid gave them 210 million. The craze for “Football” or “soccer” can also be seen among the crowds sitting at restaurants, pubs, hotels, airplanes, the internet, video games, etc. Large corporations invest so much money in this sport. One of the things that makes soccer so popular is marketing. Brands want the sport to grow every day.

You have no idea how seriously people around the world take football. Perhaps not in the US, but in other nations, people take the results of football matches quite personally. Due to the outcome of some games, cities often split into two teams, and riots occasionally take place. All of this occurs as a result of football’s intense competition. Running, aggression, and energizing atmosphere during games, rapid development, and playing against the clock are all characteristics of this sport that make it extremely competitive. It becomes more competitive as more individuals participate in it. People are drawn to competitive environments, especially while watching sports. The majority of World Cup and Champions League games are extremely close, and clubs will do anything it takes to win, making the game entertaining to watch.

Why Football is so popular: Played Internationally

Football is undoubtedly the most popular sport in the world. The majority of sports are only practiced in one area of the world. For instance, baseball is popular in the USA, Europe, and some areas of Asia, but American Football is only played in the USA. Cricket is often played in the UK and Commonwealth. Football, on the other hand, is played all over the world. Officially, FIFA has 211 member nations, which are organized into six regions (CONCACAF, UEFA, CONMEBOL, CAF, AFC, and OFC). This means that every nation on every continent gets the opportunity to participate in a FIFA World Cup qualification game.

Leagues everywhere in the globe

People might experience the same sense of pride when watching their local clubs perform as they can when supporting their nation. There are many ways that football has an advantage over other sports. For instance, in the United States, there is a sizable league for sports like baseball, American football, and basketball. The enormous big league in one nation is incomparable to leagues from other nations.

On the other hand, every continent has top-tier football leagues. Major football leagues are indeed in Europe, but some leagues receive even more support from the public from other continents, like South and Central America, Asia, and the Middle East. Clubs support teams that represent a country’s region and help fans maintain their passion for football throughout the year. Multiple leagues in numerous nations create the possibility for international club competitions like the Champions League, which pits football clubs from various nations against one another.

Football is known as “The Beautiful Game” for a reason. Football is a visually appealing sport. It is thrilling to watch a football match because of the crowd’s fever, the clamor of the spectators, the emotions, the green grass, and everything else. A flawless slide tackle, a beautiful freekick, and a screaming golazo to the top angle are all simply beautiful to see. This game has a certain quality that makes it enjoyable to watch.

Why Football is so popular: It is a sport for all people

There are no physical requirements for playing football. Other sports, such as basketball and American football, have specific physical requirements, such as being very tall and having a powerful physique. You don’t need to be in this kind of god-like physical shape to play football. In truth, Lionel Messi, one of the best footballers in the world, is a short man (about 1.70 meters). Additionally, there are no gender limits in football. The rules of the game are the same for men and women. The Women’s World Cup is a significant sporting event as well, if not the largest women’s sporting occasion ever. 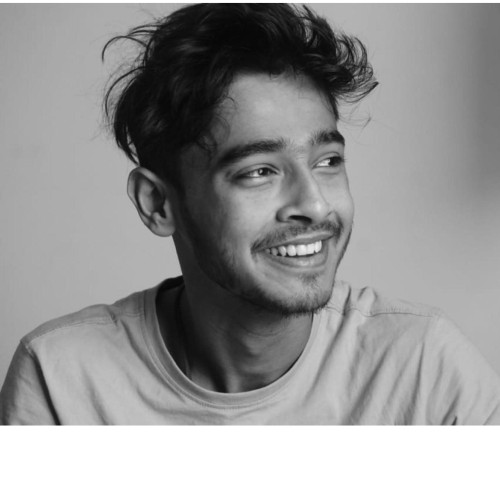 Niladri Chakraborty
A creative mind and a free soul, Niladri Chakraborty is an extremely passionate football enthusiast. He bleeds for Liverpool FC and currently pursuing a MBA degree in Sports Management, with a dream to work for the club he loves in the future. Keen about football analytics and scouting, Niladri's love for writing made him join KreedOn to express his thoughts. He is also a movie buff, loves music and loves reading about spirituality, psychology and world history to boost his knowledge, which remain the most favorite topics for him beside football.
Previous article
NFT Gaming Statistics of India & Worldwide | Know global trends of P2E games
Next article
Top 5 most anticipated Indian athletes in Commonwealth Games 2022