Top 5 Highest run scorer in IPL: Can You Guess Who is at the Top? 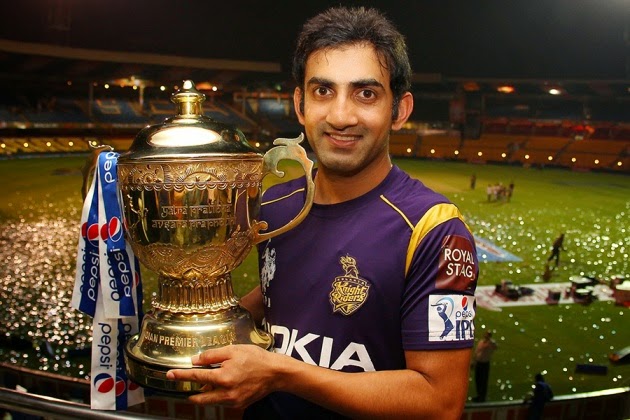 The 12th edition of Indian Premier League (IPL) is within our touching distance and we can barely wait for the action to begin. IPL 2018 was a crazy season, with one after one batting records tumbling. This included the fastest fifty (by KL Rahul, in 14 balls) as well as the most runs conceded in an innings (70 in 4 overs by Basil Thampi). With the 2019 edition less than a month away, here are the top 5 highest run scorer in IPL.

This may be a surprise, but Kolkata Knight Riders’ Robin Uthappa comes in at the fifth position with 4,086 runs. The KKR vice-captain is also one the 7 Indians to have breached the 4,000-run mark in IPL history.

The 33-year-old opener has managed the feat in 165 matches, after facing just 3,099 balls, the lowest in the top five. Moreover, Uthappa, also known as the ‘Walking Assassin’ for his blowing big hits charging down the pitch, has scored 145 sixes on his way to the top 5.

Amongst other highlights of his career, Robin’s 660-run season in 2014 was one of his best. He not only won the Orange cap for the massive haul but also broke Mike Hussey’s world record for the scoring most consecutive 40+ scores in T20 (11).

Fourth on the list is India’s veteran hero and World Cup hero Gautam Gambhir. The now-retired opener, who led KKR to their first ever title, had been one of the most consistent run-scorer of his time. This fact is reflected in his numbers.

In 154 matches, Gambhir scored 4217 runs at an average of 31.23. Moreover, the 37-year-old managed to score 36 half-centuries in his IPL career that spanned over 10 years. That figure is the highest among the top 5 highest run scorer in IPL. The Delhi-based cricketer also has a scored the highest number of fours in the league’s history – 491.

His immediate competitor, compatriot opener Shikhar Dhawan, is 30 boundaries back with 460 in the list. Gambhir hanged up his boots earlier last year after having a disappointing season with Delhi Daredevils.

Mumbai Indians’ skipper Rohit Sharma comes in at the third spot of the top 5 highest run scorer in IPL. The feisty opener has 4,493 runs to his name from 173 matches. Sharma is also one of the few Indians to hit an IPL century.

Considered as one of the world’s greatest batsman when it comes to the limited-overs format of the game, Rohit is also one of the most consistent skippers in the league so far. The 31-year-old has managed to steer his side to the IPL trophy on three occasions (2013, 2015, 2017).

Did you know that Rohit Sharma also has a hat-trick to his name? Well, the batsman achieved the feat in 2009 while playing for the Deccan Chargers against Mumbai Indians. He thus became the fifth bowler (and the first part-time bowler) to reach the landmark.

This was quite obvious, isn’t it? Well, Indian national cricket team’s skipper and run machine Virat Kohli is second in the list of top 5 highest run scorer in IPL. The 29-year-old, who is in a sublime for at any given time, has scored a massive 4948 runs in only 163 matches. He thus stands at the cusp of becoming the first batsman to score 5,000+ runs in the league’s history.

On his marauding run to the top, Kohli hit an astonishing 434 boundaries apart from 178 sixes. Moreover, he has scored four centuries, the only Indian to achieve the feat. (His next competitor, Virender Sehwag, has only 2.)

However impressive his individual records may be, Kohli has been unlucky on the winning front, having not won the IPL title on a single occasion. RCB went close in 2016, entering the final after a long hiatus, However, they lost in the final to extend their unwanted run.

Chennai Super Kings’ Suresh Raina can be considered as one of the most underrated players in the Indian Premier League. After all, the humble batsman has always been under the radar as the likes of MS Dhoni and Ravindra Jadeja took all the credits. However, the 32-year-old is considered as one of the best in the business as far as the T20 games go. And his numbers prove the point.

Raina has amassed 4,985 runs off 172 matches in IPL. The classy batsman, who prefers to come in the lower middle order, also has the most number of sixes (185), when it comes to the top 5 highest run scorer in IPL. Moreover, his strike rate of 138.47 is also one of the best in the league for players who have scored over 4,000 runs.

Not only with the willow, but Raina is also a better player without it. Known to be an athletic fielder, the cricketer also has caught 95 players out, the most by a fielding player.
His all-rounder ability on the field is what makes Raina one of the most valuable players in IPL. This is exactly the reason why CSK retained him at a hefty price tag of ₹ 11 crores in 2018.

That concludes our top 5 highest run scorer in IPL series. For more interesting content on IPL, stay tuned to KreedOn, the voice of Indian sports.

Monish Gadiya
Monish Gadiya is the Head of Content at KreedOn. He is a thorough tech-enthusiast and believes that innovation is the answer to all the problems prevalent in the society. Monish graduated from University of Pune with a degree in Civil Engineering before pursuing a post-graduate diploma course in intellectual property rights. A die-hard football fan, he has represented his college at various football competitions.

Bowlers with most test wickets in the world: The Best In Test

History has been created. India wins Silver at BWF finals.

List of Players who took Fastest 100 Wickets in ODI