One of the best games in India, PUBG has some of the best teams as well. Ever since its launch, the game broke the internet and has stolen the hearts of all gamers. Professional players and squads have been competing in regional tournaments to qualify for the elite international leagues, further enhancing the competitive scene’s prominence. Here’s a list of the top 10 PUBG teams in India:

SOUL is India’s most popular PUBG esports squad by a long shot. PUBG may not be the most popular esport in India, but their talent and perseverance have propelled them to prominence. They first came together in 2018 to participate in DreamHack Mumbai. They’ve won every national esports competition in India since then. They are India’s finest PUBG esports squad, however, they have yet to win a worldwide tournament. Their current lineup may not be as good as the first, but they are still the most popular PUBG esports team in India. MortaL, a prominent PUBG Mobile player, and Livestream lead Team SouL.

They were previously known as Entity Esports, but after partnering with TSM, they were renamed TSM Entity. In 2019, they were India’s top PUBG Mobile squad, finishing sixth in the PUBG Mobile World League 2020. They may never reach the heights they did in 2019, but their great talent and brilliance have cemented their reputation as one of the top PUBG Mobile teams in South Asia. They have established the benchmark for what PUBG teams should play by winning India’s biggest esport competition of 2020, the PUBG Mobile India Series 2020, while also excelling on a worldwide stage by placing second at the PUBG Mobile Pro League – Spring Split 2020: South Asia Finals. TSM -Entity has some of the most talented players in the game.

Fnatic has formed a squad of technical experts to achieve one thing only: win after acquiring an Indian PUBG lineup. The squad swiftly established themselves in the scene, taking first place in several of India’s major PUBGM competitions. To highlight a few recent achievements, they placed second in the ESL India Premiership 2020 Summer Season: Finals and the PUBG Mobile India Series 2020. Fnatic, who bought the club in 2019, has assembled a world-class roster that will dominate the Indian Esports landscape. Only time will tell if they are successful. 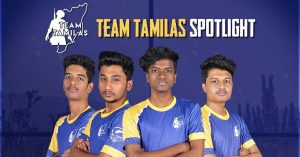 Team Tamilas is one of nine teams from PMCO Split Spring India that qualified for the PUBG Mobile Pro League South Asia 2020. The team from Tamil Nadu’s capital city, finished fourth in PMCO India 2020 with 167 points. Team Tamilas is notable for being the first team from South India to compete in a major PUBG Mobile competition. The recently completed ESL India Premiership PUBGM 2020 saw Team Tamilas finish as finalists. They also came in second place at India’s biggest PUBG Mobile event, PGAX 2020, establishing themselves as the top team in South India and progressively making inroads into becoming the greatest team in PUBG mobile esports. 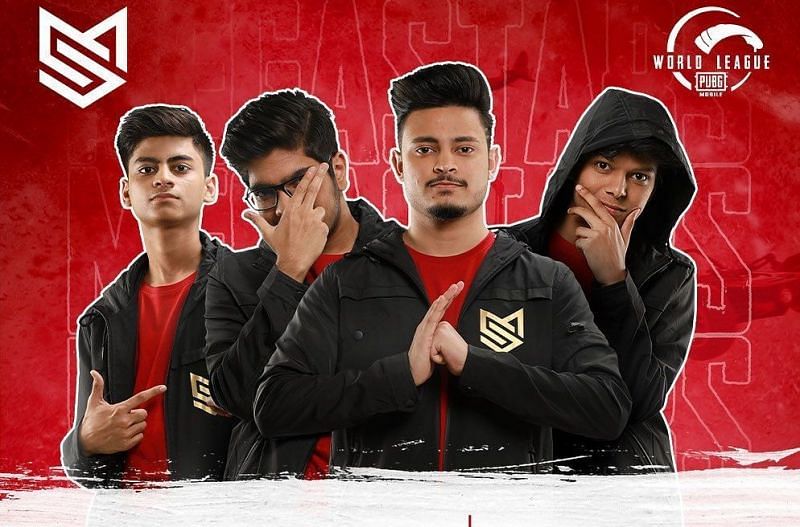 MegaStars, which was founded in 2019, has progressively risen to the top by merging a group of talented individuals who are establishing a reputation for themselves by playing against some of the best teams in the scene. Their recent quests have seen them become one of the top teams in the world, displaying their skills in various tournaments and finishing in the top 5 spots in the ESL India Premiership 2020 Summer Season: Finals and the PUBG Mobile Pro League – Spring Split 2020: South Asia Finals, demonstrating their ability to compete with the big boys. It will be fascinating to watch what this young group of smart folks produces in the future.

Celtz, now GXR Celtz Celtz began the year as the ninth-place finisher in the PUBG Mobile Club Open – Spring Split 2020: India, before going on to win the PUBG Mobile Pro League – Spring Split 2020: South Asia. PMPL paid the team $40,000, and in 2020, the team underwent a number of adjustments. GXR Celtz was formed on July 3rd when Galaxy Racer Esports secured a contract with Celtz. The new squad finished 14th in PMWL East and received a prize of $10,500. As the year comes to a close, there is still no word on whether or not PUBG Mobile will be unbanned. Free Fire and COD Mobile have claimed the top two spots, with teams from those two games presently in fourth and tenth position, respectively.

SynerGE (formerly “Synergy Gaming”) was launched in October 2019 as the mobile section of Global Esports, a Southeast Asia-focused professional eSports organization devoted to establishing a world-class franchise that fosters player success, competitiveness, and professionalism on the global stage. They came first in PUBG Mobile Pro League – South Asia Season 1: League and bagged the third position in PUBG Mobile Club Open – Fall Split: South Asia. Other than that they haven’t bagged any major trophy or position. 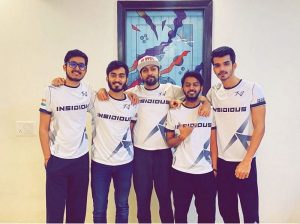 Abhishek Mishra
Greetings, I'm Abhishek Mishra, a passionate sports writer, and football fanatic. Currently, I'm pursuing Bachelor's in Journalism and Mass Communication from GGSIPU, DELHI. I have a keen interest in sports and I aspire to become a sports journalist. I want to work in the overall development of sports and also work towards the grassroots and athlete recognition of our country.
Previous article
How India’s Loss at T20 WC Will Affect Indian Brands? KreedOn Analysis
Next article
The Ancient Art of Taekwondo: Everything About the Sport

10 players with the highest esports earnings in the world