The ongoing FIFA World Cup 2022 in Qatar with 32 teams competing against each other for the ultimate glory. It has lots of exciting matches along with the million-dollar superstars who would light up the big stage. All of the players competing in the FIFA World Cup 2022 have undergone an extensive valuation analysis, according to the CIES Football Observatory. To evaluate the international teams according to their collective squad valuation, they estimated the transfer values of each of the 831 players competing at the FIFA World Cup in Qatar.

The European team led by Harry Kane is the most valuable in the FIFA World Cup 2022. The overall worth of the squad is whooping 1.499 billion Euros. England reached the finals of the Euro Cup last year and were the semifinalists in the previous edition of the World Cup. With a world-class squad containing big names like Harry Kane, Foden, Grealish, Jordan Pickford, and Harry Maguire to name a few, England has a very good chance to clinch the World Cup after 1966. Maybe, this time it is coming home.

The South American football giants have the second most valuable squad in the FIFA World Cup played in Qatar with a valuation of 1.455 billion Euros. Vinicius Junior, a left winger for Real Madrid, is presently valued at the highest in Brazil, at a stunning €201 million. The team also contains million-dollar superstar Neymar who plays for PSG. Brazil will hope their two of the most valuable players in the world will help them win the title this time and end the trophy drought.

The defending champions have the third most valuable squad in this edition of the FIFA World Cup. France has a powerful squad that could blow away the opposition. Kyllian Mbappe is the most valuable player on their team valued at €185 million. Deschamps and fans around the globe will hope that their golden boy helps the team win the FIFA 2022 title.

The 2010 World Cup winners have the fourth most valuable squad with a cumulative total of €1.201 billion. After a poor show in the previous 2 editions of the World Cup, Spain has a settled and very strong squad this time. 19-year-old teenager, Pedri is the most valuable player in the Spanish team with a value of €158 million. Spanish fans would be rooting for Pedri and co. to bring glory to the FIFA World Cup 2022.

Germany is the sixth most valuable team in the FIFA World Cup in Qatar with a total valuation of €1.02 billion. The 2014 World Champions were knocked out in the group stages of the previous edition of the World Cup. Jamal Musiala, with a net worth of €151 million is the most valuable player on the team. The young midfielder along with Thomas Muller and Ilkay Gundogan will be rearing to bring back the trophy home. The return of Mario Goetze will be a boost for Germany.

The Dutch have been valued at €756 million in the FIFA World Cup 2022. The Netherlands has always been the underdog in the World Cup. The most expensive player on the squad is 25-year-old midfielder Frenkie de Jong of Barcelona, who is valued at €110 million. The team would be hoping to put in impressive performances in the coming weeks and avenge the pain of the last World Cup.

The Copa America Winners of 2021 have been valued at €748 million. Surprisingly it’s not Lionel Messi but Inter Milan’s Lautaro Martinez who is the most valuable player for Argentina worth €99 million. Argentina has not won the trophy since 1986. They would be desperately hoping to give King Leo a fitting farewell in his last World Cup.

Uruguay has performed well collectively as a unit in the World Cups. They have superstars, Suarez and Cavani at the fag end of their careers. Both Edinson Cavani and Luis Suarez would like to end their international careers on a strong note. Federico Valverde is the most expensive player on the Uruguay World Cup team, with a value of €123 million. 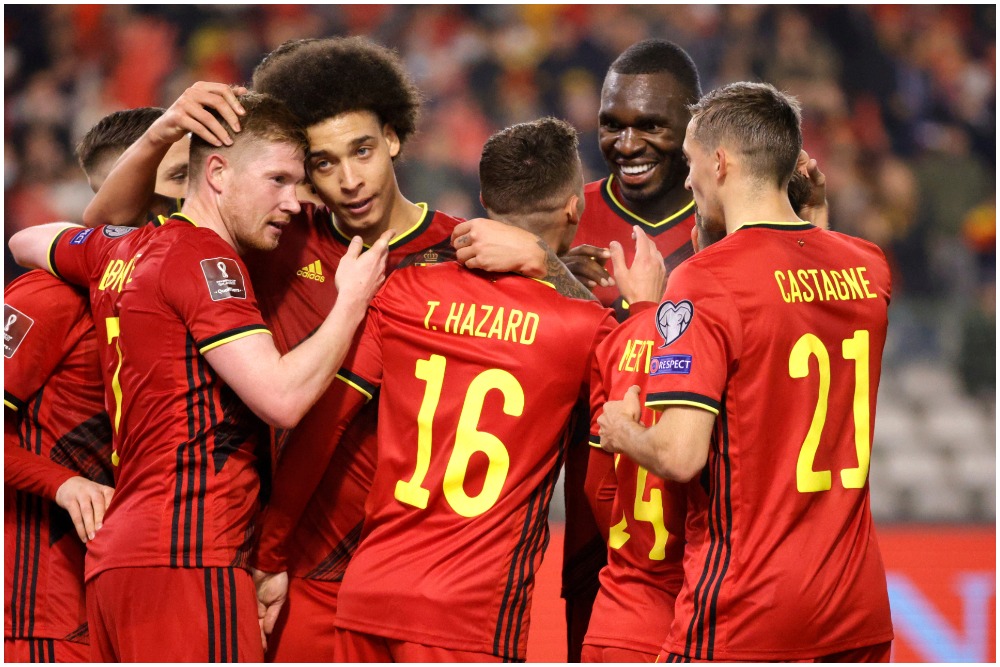 Despite a strong squad, they have failed to win the World Cup. Belgium is hoping to win the title for their country this time. Thibaut Courtois, the No. 1 goalkeeper for Real Madrid, is their most expensive player at €66 million. The 21-year-old youngster Charles De Ketelaere is estimated to be worth €40 million.

Corner Kick in Football: Rules, Types, Ways to Defend – All you need to know

All You Need to Know about the World’s Favourite Sport: Football

Top 10 Best Midfielder in the world – The masters of...