PUBG is the heart of all gamers. Ever since the game arrived, it has topped the charts globally. With the increase in popularity of this game, it has created some of the best PUBG players in the world. The competition in the field of esports, especially in PUBG is increasing among players day by day. There are several top PUBG players around the world, who daily compete to become the conqueror of the game. Here is the list of the top 12 best PUBG players in the world.

Zhou “ZpYan1” Pinyan is currently 20 years old and has led his team NewHappy-Esports to great heights. They have won four of their last five tournaments consisting of four A-tier and one S-tier class competition. He finishes first at the 2021 PUBG Global Championship. Being young and still performing as a strong IGL, he is definitely one to watch for the rest of 2022 and maybe beyond.

The skills of James “TGLTN” Giezen and his Soniqs team dominated and played tremendously by the end of 2021. They finished 1st in five of their last six appearances. They won PGI in 2021 with their stunning performance. North America has been dominated by TGLTN and Soniq so far, but with the level of competition has been increasing, it can continue to repeat its success.

XQF Paraboy is ranked first on our list of the best PUBG players in the world. XQF Zhu Bocheng is the real name of Paraboy. He is known as the PUBG Mobile god. In regional and abroad tournaments held around the world, Paraboy is by far the most consistent and MVP. Paraboy is a Chinese assaulter and is one of the best PUBG Mobile players in the world. He was named MVP of the recently concluded PEC 2020. His team, Nova XQF, won both the PEL Season 2 and the PEC 2020.

Also Read | Top 5 Best Esports Players Who Made a Fortune

Cheng Zehai is ranked second on our list of the top 10 best PUBG players in the world. He is also known as XQF Order. Zehai is an XQF team member. When it comes to PUBG, he is China’s best PUBG player. In 2019, he played for PEL alongside Paraboy. In close-range combat, the order is omnipotent. He has been dubbed “the next big thing” in the Esports industry by many. He has yet to publicly declare his position in the PUBG Mobile Global Version.

Bigetron RA’s in-game leader is Made Bagas “Zuxxy” Pramudita. BTR Zuxxy is Indonesia’s highest-rated PUBG Mobile Player. Zuxxy also has his own YouTube channel, Zuxxy Gaming.Zuxxy is the IGL of his BTR team. He is a four-finger player who prefers to use a gyroscope. Zuxxy was the inaugural winner of the Esports Awards’ Esports Mobile Player of the Year award.

A well-known snipper and supporter, 33Svan is widely regarded as the best player in PUBG. He won the PUBG Mobile World Championship League and finished second in the 2021 World Championship final. In addition, he was named PMGC’s MVP during the league stage. Moreover, he maintains the titles of Damage Master and Last Man Standing at PMGC.

RRQ Earnny is a well-known PUBG assaulter who primarily competes in scrims and PUBG tournaments. He rose to international prominence as a result of his 1v1 close combat victories. On top of that, he is the most skilled DMT user. He is now one of the best PUBG mobile players in the world, thanks to his achievements and excellent game skills. Earnny has played a significant role in the team’s evolution since joining RRQ Athena. 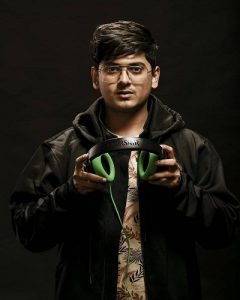 Indian PUBG fans, you may have heard about ScoutOP. He is India’s one of the most prominent PUBG players. Also known as Tanmay Singh, Scout has a YouTube channel where he creates PUBG content. Scout has over 44.9 lakh YouTube subscribers. He is the first Indian to reach the PUBG Conqueror level. He won first place in the Qume Bitcoin Cup and Fighting League 2018-India and was the first Indian to compete in the PUBG Mobile Star Challenge Asia in 2018.

Also Read: Career in eSports: Getting Started And What You Need to Know

Jonathan is yet another well-known Esports player in the PUBG community. He is a top-level player who competes in PUBG major leagues and tournaments all over the world. Jonathan also has a YouTube channel with approximately 45.7 lakh subscribers. He is a two-finger player who always employs Gyro during gameplay. Jonathan is the best player in the world at using Gyroscope.

Coffin is a very well PUBG player all over the world. He is also a content producer who publishes his work on YouTube. Coffin has 13.3 lakh YouTube subscribers. He is Turkey’s number one PUBG player. Asimaltan Yucel is his real name.

He is well-known for his two-finger gameplay in PUBG Mobile. His gaming channel’s journey began in 2017, and he has never looked back since. Everyone regarded him as one of the top ten PUBG players in the world.

Marco Poppitti, also known as TQ Marco is regarded as one of the best PUBG Mobile players in the world. Marco’s success aided him in becoming the best PUBG player on the continent. His performance cannot be understated, and he is still the crown prince of PUBG mobile in his country. Marco won the PUBG Mobile pro League – Fall Split 2020: Americas and PUBG Mobile Club Open – Fall Split: South America.

Abhishek Mishra
Greetings, I'm Abhishek Mishra, a passionate sports writer, and football fanatic. Currently, I'm pursuing Bachelor's in Journalism and Mass Communication from GGSIPU, DELHI. I have a keen interest in sports and I aspire to become a sports journalist. I want to work in the overall development of sports and also work towards the grassroots and athlete recognition of our country.
Previous article
Fastest to 1000 ODI Runs: The Fast & the Furious of ODI Cricket
Next article
Best of Mobile Games 2021 | What’s Your Favorite?

Career in eSports: Getting Started And What You Need to Know

List of 30+ Best Pubg Players in India: Meet the Masters...