The 2018 Winter Olympics in Pyeongchang are now officially over, and the world’s best athletes will gather in Tokyo in 2020 for the Summer Olympics. Advanced technology, some intriguing new sports, and even more fascinating individuals seeking to make their mark on the international stage will all be on display in Tokyo Olympics.

The Summer Olympics bring thousands of athletes from all over the globe together every four years to engage in a worldwide arena of sportsmanship and athletic prowess, where they push and exceed their capabilities, break records, and create new ones.

With over 11,000 sportsmen from 206 nations and jurisdictions competing in the 2020 Tokyo Summer Olympics, the worldwide multi-sport event will undoubtedly have the whole globe hanging its breath, waiting to see who will be crowned winners and who will return home with gold, silver, or bronze.

Here’s all you need to know about the 2020 Tokyo Olympics.

2. The cost of the Olympics in Tokyo was previously expected to be around 730 billion yen (approximately 6.8 billion dollars), however, it has now become obvious that this was an overly optimistic figure. According to current reports, the total cost of all Games will be about 2.16 trillion yen (around 20 billion dollars). While that is a significant sum of money, it pales in comparison to the $50 billion spent on the 2014 Winter Olympics in Sochi or the $40 billion spent on the 2008 Summer Olympics in Beijing.

3. While many 1964 stadiums will be reused, the Tokyo Olympic Stadium is being built from the ground up, and its development has been controversial, to say the least. Prime Minister Shinzo Abe finally abandoned an original design that had been lambasted by one famous architect for resembling a turtle after increasing expenses placed it on track to become the most costly sports stadium in the world.

4. The International Olympic Committee picked Tokyo to host the 2020 Olympics in September 2013. Istanbul and Madrid were also considered as potential candidates. 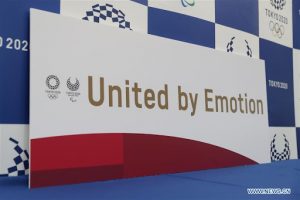 5. “United by Emotion,” the official tagline for Tokyo 2020, resonates a worldwide plea for diversity and inclusivity.

6. Tokyo 2020 will conduct 33 Olympic and 22 Paralympic sports events at over 40 venues throughout the city, including two primary zones: the Heritage Zone and the Tokyo Bay Zone.

7. The Heritage Zone includes historic sites and infrastructure from the 1964 Olympics, while Tokyo Bay Zone highlights the city’s creative and modern side.

8. The 68,000-seat New National Stadium, which served as the primary stadium during the 1964 Tokyo Olympic Games, will host the opening and closing ceremonies.

9. Kengo Kuma, a renowned Japanese architect, designed the New National Stadium, which was completely renovated. The outside construction of the stadium is composed of wood from each of Japan’s 47 prefectures.

11. While Japan is not the first country to manufacture Olympic medals out of recycled materials, it is the first time that residents of a host country have voluntarily contributed their electronic gadgets to be used as materials of the medal.

12. The Tokyo 2020 Olympics will include futuristic robots in a variety of functions, including welcoming athletes and engaging with tourists, as well as enabling remote viewing to individuals who are unable to physically attend Games-related sites.

13. The Olympic Torch Relay will be illuminated by the theme “Hope lights our road,” conveying a message of acceptance, unity, and support for one another.

14. The Olympic flame for Tokyo 2020 is shaped like sakura, or cherry blossom, a lovely delicate flower that Japanese people adore.

15. The Olympic flame in the shape of cherry is created using the same technology as Japan’s shinkansen, or bullet trains.

16. The Olympic torch relay’s flame is typically lighted using a parabolic mirror that reflects the sun’s rays at Olympia, Greece, and then transported to the host city.

18. Dimitrios Loundras, a Greek gymnast who won a bronze medal at the 1896 Athens Olympics at the age of ten, is the youngest Olympic medallist in history.