This Platform Will Change the Future of Indian Professional Boxing 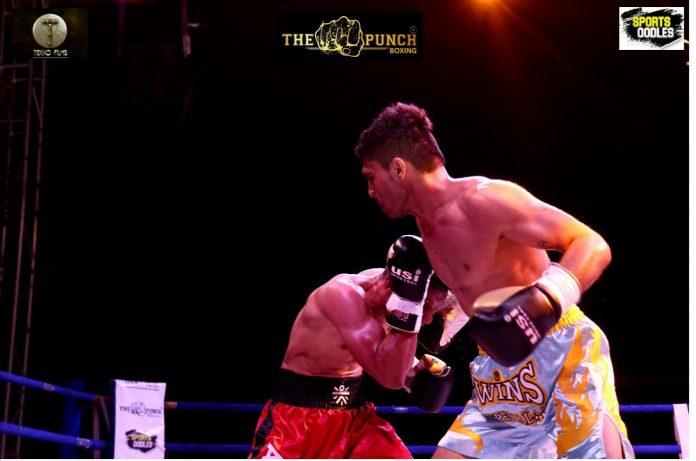 What strikes first when you think of Boxing? Muhammad Ali? Rocky? Or our very own Mary Kom? Well, boxing is one of the most popular and entertaining sports in the world. It is unsurprising that 2018’s highest-paid sportsperson was a boxer. (If you still haven’t guessed, its Floyd Mayweather. ) However, considering the huge scale and demographics of the nation, India has not lived up to its potential in the sport.

There are multiple reasons, for this – a limited sport culture that has hardly moved beyond cricket and hockey, intense corruption that prevents even the limited funds available from reaching grassroots, minimum commercial sponsorship, limited media visibility matched with infrastructural deficiencies. Along with these, low incentives through amateur boxing is another important reason for poor participation from players.

This is exactly what Arif Khan realized during his stint as a sponsor of Haryana State Boxing Association. “During my association with Indian boxing federation, I found that although amateur boxing may be (competitively) good for the athletes, when it comes to remuneration, they get far less,” he says.

Indian pugilist Mary Kom shone at the 2012 London Olympic games by winning a bronze medal. But in the same year, things came to a headway with the suspension of the Indian Amateur Boxing Federation due to non-transparent elections.

“Overnight, a lot of amateur boxers lost their jobs and careers. By the time the ban was lifted, many had crossed their respective age limits and couldn’t return to the sport again. Moreover, there was considerable loss of future jobs and career as a whole as well,” informs Khan.

Globally, Professional Boxing is a multi-billion dollar industry. Also known as prizefighting, it is a sanctioned and regulated field of boxing. The bouts are fought for a predetermined purse that is split between the boxers as defined in the contract. Unlike its amateur counterpart, Professional Boxing involves long bouts and elevated entertainment levels, making it more popular.


However, it is still in its rudimentary phases in India. Arif wants to change that. Thus was created The Punch Boxing, India’s first boxing sports IP under the brand of Sports Oodles. It is a platform designed for the development of Indian pugilists through elevated private outlay.

“We entered through boxing realizing the numerous problems that plagued the sport.” explains Arif, “Till now, I have proudly associated with many big brands with professional boxing in India. This will create an opportunity for professional boxers as well as for amateur boxers”.

“Our vision is to see multiple sports IPs go global and have a huge talent pool in various sports. We want to make India the biggest name in boxing globally.” he declares.

The Punch Boxing was created with this exact foundation. It seeks to become a household name in the world of boxing, leading to a significant increment in participation, not only from Indian but international boxers. “We plan to have our own Title Belts at the world stage as well as belts for countries and regions,” says Arif.

The Indian boxing council has sanctioned The Punch Boxing.

But why involve global boxers when the aim is to nurture local boxing talent?  “See, the thing is, we hardly have a Professional Boxing culture in India. With The Punch Boxing, want to create a strong sports marketing ecosystem so that we can provide Indian athletes with a tough international exposure.” explains Arif, “Moreover, this will also help in developing more and more avenues for brand investment.”

This is what sets Punch Boxing apart. The international exposure that the Indian pugilists will get here would be beneficial from competing on the global front point of view.

Again, while welcoming seasoned pugilists, the platform is also meant for the fostering grassroots talent.

Having started with 20 Indians, 1 international boxer and around 1,500 strong audience, The Punch Boxing has come a long way in the last two years.

The recent event held in Mumbai saw participation from 26 boxers (4 international) and over 25,000 spectators. The organizers want to want the events to happen on all weekend.

With an increasing boxing footfall, the team also wants to bring in more and more sponsors on board. “More sponsors will mean more money for the development of sports. We want to create a sustainable circle where boxers, audience, and the stakeholders coexist and get equal value,” Arif says.

But surely, bringing a revolution does have its share of challenges. “There are challenges to a certain extent. Getting more and more sponsors on board is one of them. Also, procuring permissions for the events and getting venue partners also needs patience,” explains Arif.

Inroads in Other Sports

Sports Oodles’ operations aren’t restricted at boxing itself. The company is making endeavours in other disciplines as well, all with the same motive of creating Ips, promoting sports, and developing talent management platforms.

“We aim at creating more IPs where there is a lot of value for brands to drive more private money into sports,” explicates Arif, “As I said earlier, this will lead in providing the athletes with the kind of resources they require for creating a world-class career.”

As in the case of The Punch Boxing, all the other IPs under Sports Oodles would be built around specific problems in association with official bodies.

One such property that the team has successfully developed is ‘All India Public Sector Cricket Leagues’. “This property is a 30-year-old property. We have recently got exclusively marketing and broadcasting rights for the events. We have partnered with All India Public sector sports promotion board for the same.” concludes Arif Khan.

Monish Gadiya
Monish Gadiya is the Head of Content at KreedOn. He is a thorough tech-enthusiast and believes that innovation is the answer to all the problems prevalent in the society. Monish graduated from University of Pune with a degree in Civil Engineering before pursuing a post-graduate diploma course in intellectual property rights. A die-hard football fan, he has represented his college at various football competitions.
Previous articleIndian Team Makes Stunning Comeback in King’s Cup
Next articleIndia vs Australia: 5 Players Battle to Watch Out For