At the National Junior Championships 2016, the stage is set for the high jump event at the Nehru Stadium. A lean, tall boy clears 2.24 metres with ease and the crowd gets excited. In his second attempt, the boy, Tejaswin Shankar, breaks a decade old national record in high jump by clearing 2.26 metres. This is the story of how he achieved this feat at merely 17 years of age.

Shankar, like most schoolboys from Delhi, started his journey in sports by playing cricket. He was training to be a fast bowler till his physical education teacher, Sunil Kumar Patial, recognised his aptitude for athletics. Patial realised that Shankar has a natural talent for high jump. Shankar says, “Sunil Kumar encouraged me to watch videos of athletes on YouTube so that I develop a passion for this sport. According to him, it is important to develop an interest before pursuing a sport.” He soon started training under Patial and hasn’t looked back since then.

Shankar’s first medal in high jump was at the Delhi CBSE Schools Meet. He had a mathematics test the same day and it was tough for him to miss it. Having to choose between sports and studies has always been a difficult choice for Shankar. His father, a lawyer, wanted him to excel in studies over anything else but had change of heart when Shankar brought home his first medal.

In 2015, Shankar won a bronze medal in the Asian Youth Championships that were held in Doha. In February 2016, Shankar participated in his first senior international event, the South Asian Games. He was up against the likes of W P Manjula Kumara who is an Olympian from Sri Lanka and a gold medallist at the Asian Games. Shankar managed to tie with Kumara at 2.17 metres and win a silver medal.

Sky is the Limit

In early 2016, Shankar missed the World Junior Championship that was held in Bydgoszcz, Poland because of a groin injury while riding pillion. Shankar finally got his well-deserved big break in November 2016 when he broke the national record for high jump at the National Junior Athletics meet at the Nehru Stadium in Coimbatore. Shankar managed to jump 2.26 metres in his second attempt and broke the national record. The previous one was a decade old record of 2.25 metres by Hari Roy at the Asian All-Stars meet in Singapore, 2004. In the same tournament, Shankar claimed the gold medal in triple jump too. He had just two months of practice for triple jump! 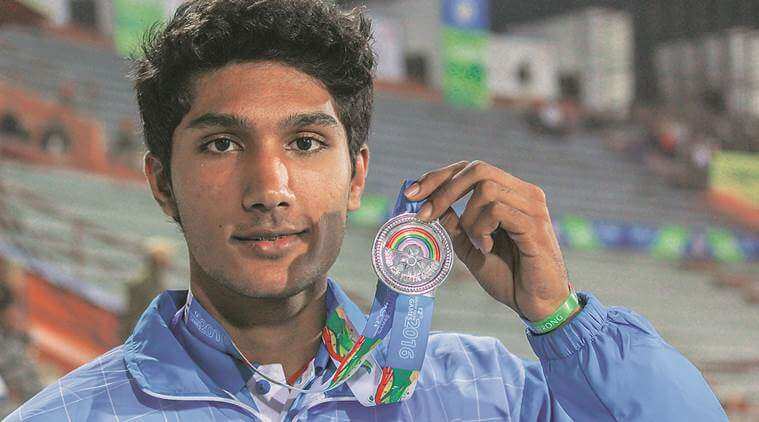 Shankar lost his father at an early age. He passed away in 2014 after a long battle with blood cancer. Shankar considered quitting sports and becoming a lawyer as his father had initially wished but his mother urged him not to give up his dream.

He is currently supported by JSW Sports under the Sports Excellence Programme and his training in the USA is being funded by them. He wants to improve his recent record of 2.26 metres next year. His eyes are now set on achieving greater heights at the Asian Games and Commonwealth Games, both will be held in 2018.

adwaita
Bibliophile. Audiophile. Goonerette.
Previous articleR. Umadevi – The Journey from a Typist to a World Billiards Champion
Next article8 Unusual sports in India that will blow your mind