Education required for swimming in India 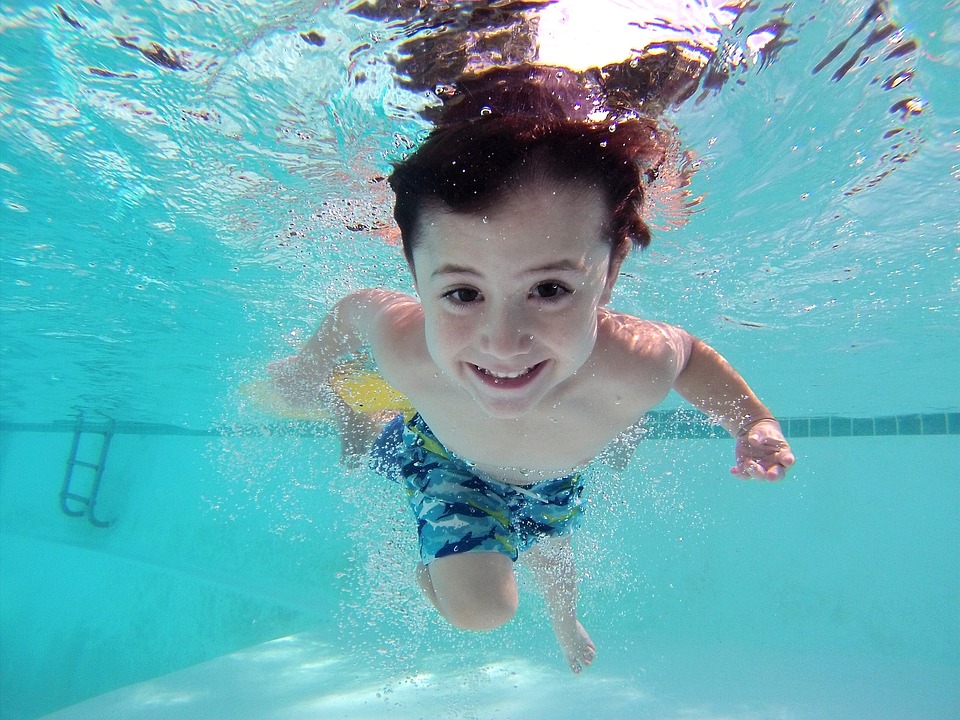 A general idea of Indian people about swimming lessons for their children is that it is for recreation rather than an education which teaches a child how to survive in water.

Proper Aquatic education techniques help children to get accustomed to water and how to react around it. This also helps in the situations if an accident occurs.

It is hard to believe, but parents can start their child’s Aquatic Education when the child is tiny and just brought home from the hospital. Don’t believe us? Watch here.

Being so close to the water during the initial months, splashing water on the babyfaces help them get smoothly transitioned to swimming lessons. They feel at ease with it like they are on land, unlike the fear most children have for water in India.

An Australian swim school director says “An aquatic education should be part of every child’s childhood.”

Besides that, swimming is an art of full body workout with hardly any risk of injury and makes an excellent choice for cross-training. Swimming also goes a long way for the proper growth of the body if taken up at an early age. It improves essential skills such as balance, posture, coordination and concentration among children. So it’s an excellent tool for schools to adopt.

Sport of swimming in India 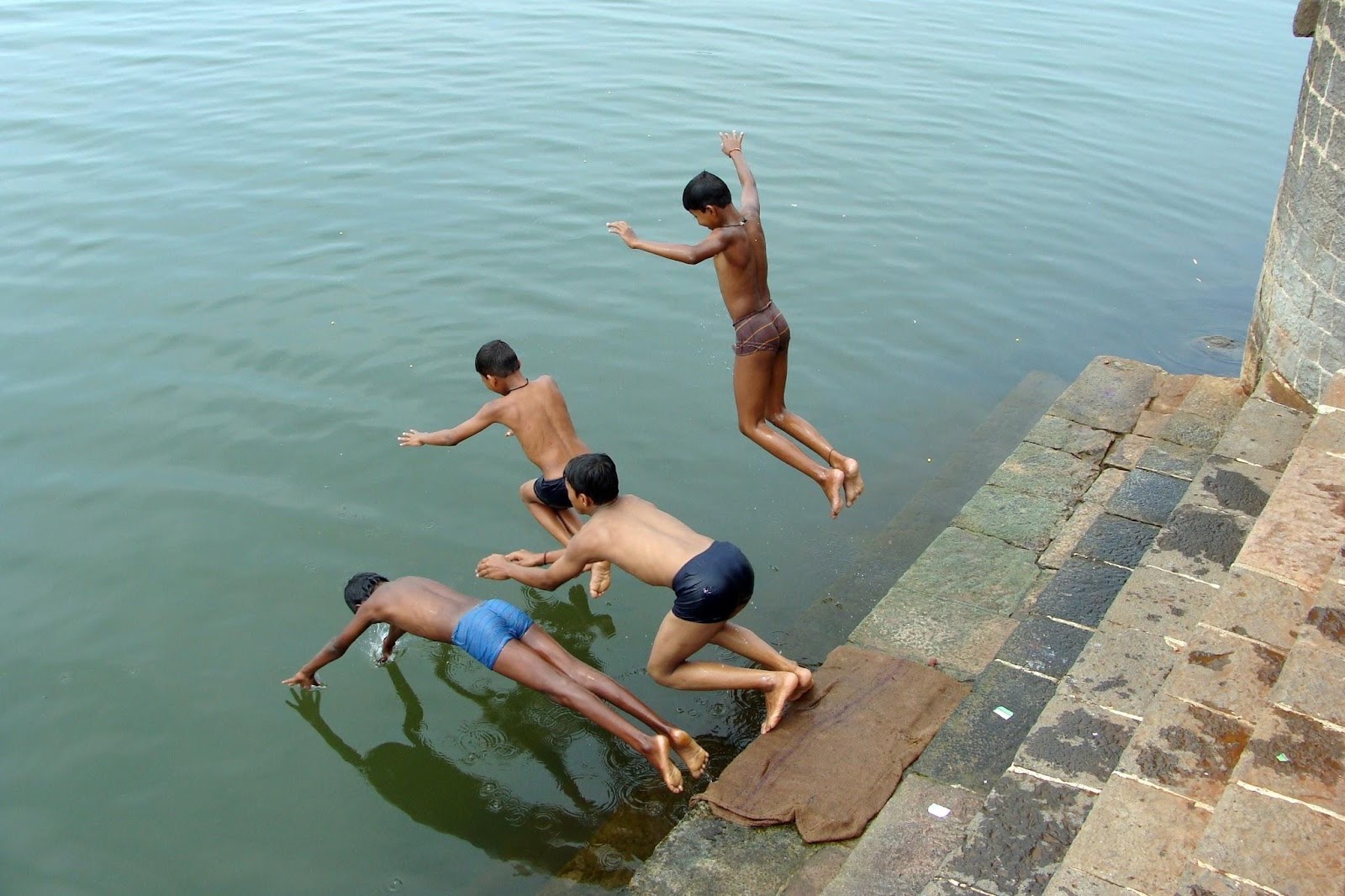 Over the years, swimming is one sport which was not able to keep up with other sports in big championships like the Olympics, Commonwealth or Asian Games.

To put things in perspective,

There could be many reasons which could be attached to the failure of sport in India. But primarily the main issue which stopped the growth of swimming in India remains the lack of pools in the country. If there is hardly any infrastructure, how would one generate curiosity towards the sport, forget producing great professional talents. Many swimmers who have managed to represent India come from the urban cities, Bangalore and Pune being the hubs. 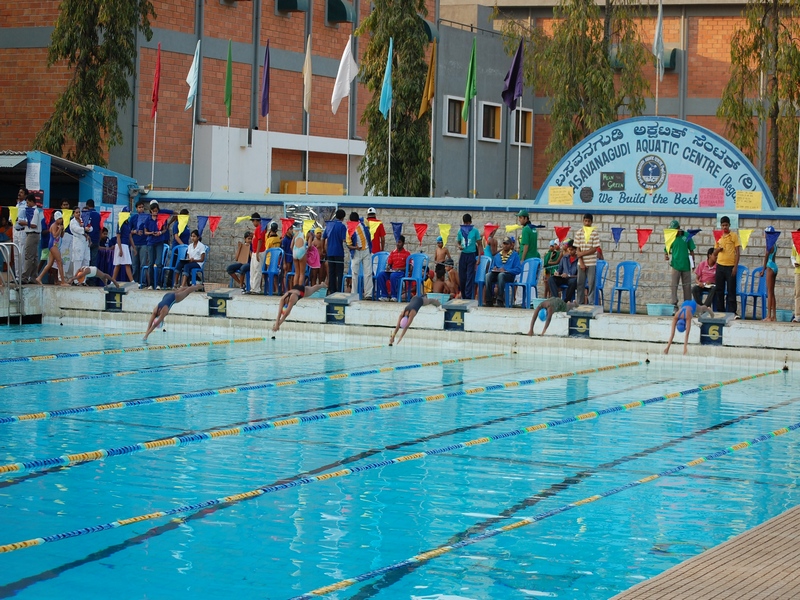 Let’s take the example of Bangalore. The city boasts of 50 swimming pools to cater the needs of amateur and professional swimmers. Moreover, the city has a lot of qualified coaches who are also good at spotting talents.

The swimming clubs have a healthy rivalry between them. The state-level championships are like carnivals for the parents, coaches and swimmers of all age groups. You could see the coaches shouting out of their guts to tell their trainees to swim faster while the parents and club officials who have come to support their wards cheer. Automatically, the sport becomes a grand spectacle to watch. This is the model, which every city in India needs.

With competitions, swimmers get a feel where they stand in the bigger picture which in turns motivate them to get further involved with the sport.

Also, swimming is a great way to promote health especially in times where smoking and other activities injurious to health are prevalent.

KinderSports LLP, a leader in school sports education, came up with a state level swimming competition with an objective to promote swimming in Indian states where the sport is not prevalent. The location for the selected event was Baroda in Gujarat, and the competition was supported by the channel partner, VMC Sports Promotion Foundation.

The messages that were needed to be delivered through the event were “SWIM BARODA” along with a social message of “SAY NO TO TOBACCO”. The objective of keeping one healthy was evident with an event theme selected using these messages.

Participants from entire Baroda district and the rest of Gujarat were invited. A total of 120 events were held for various age groups across all strokes categories. During this competition for both Men and Women, age groups were:

There were a staggering 261 participants in the competition and to make the game inclusive, there was also an event for Specially Disabled Children.

Famous dignitaries graced the competition with their presence. Among the chief guests were the Mayor of Baroda City, Mr Bharat Dangar and the grand master of India, Mr Abhijeet Kunte. They were joined by the CEO of VSPF, Mr Rohan Bhanage, who were the channel partners for the event along with the Ex Senior coach of Aquatic Association of Gujarat, Mr T.S Dhillon.

National and local media were active in covering it. There were many renowned names like Indian Express, Gujarat Samachar, Sandesh, Lok Satta, Gujarat Mitra, Divya Bhaskar and Yug Prabhav

With more such swimming competitions at other places, KinderSports wants to promote Aquatics as a way of life. This will give swimmers enough opportunities to showcase their talent. KinderSports has also created smart swimming infrastructure which could be quickly deployed in schools at low cost. It is flexible enough to save the space of the swimming pool if the season is not right for swimming. Hopefully, this will encourage more and more schools to include swimming as an active sport for their children.  And, give the education when they need it to help India grow as an aquatics paradise. 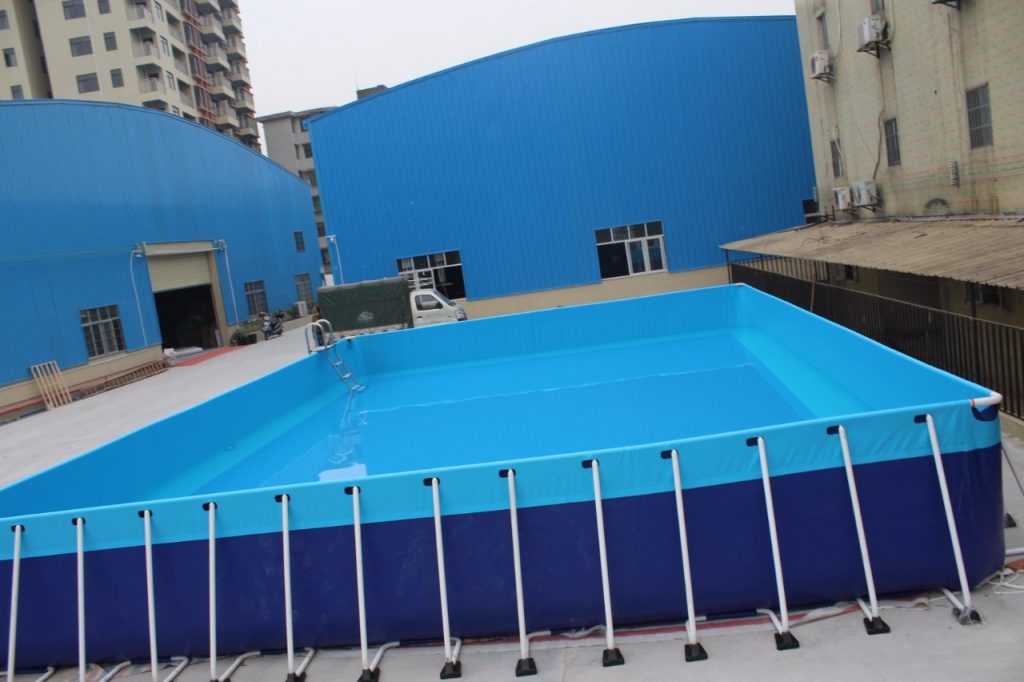 KreedOn Network
We are a team of sports writers who research about sports in India day in day out. Please reach out to us in case of any specific requirement of digital services on contact@kreedon.com .
Previous articleSwapna Barman – Who brought India’s 1st heptathlon Gold in Asian Games
Next articleIndia’s first semi-pro football league: Adidas Creators Premier League

How to swim faster? | 10 Secret Tips to make you a pro swimmer

7 Best Indian Swimmers of all time

Records Created and Broken at the National Aquatic Championships

Triple Delight for India at the Singapore National Swimming Championships