Indian Premier League recently concluded with Mumbai Indians winning the crown for the fourth time. Without a doubt, the team is studded with many jewels like Rohit Sharma, Quinton de Kock, Kieron Pollard, Lasith Malinga, Jasprit Bumrah, Pandya brothers. But there is one name without which the list is incomplete – Suryakumar Yadav, the unsung hero of Mumbai Indians.

Yadav is the batsman with remarkable capacity of staying unruffled under intense pressure and crunch moments of the game. Suryakumar first came to limelight when Kolkata Knight Riders signed him in 2014. His quick 20s and 30s not only helped win the Knights tight games, but it also also helped him become a household name with his flamboyant play. He then returned to his home – Mumbai Indians, and the rest is history. Here is the story of Surya Kumar Yadav, one of the most stylish Mumbai Indian batsmen:

Suryakumar comes from a middle-class family. He was born to Ashok Kumar Yadav, an electrical engineer, from Ghazipur in Uttar Pradesh, who came to Mumbai to join the Atomic Energy department of the Bhabha Atomic Research Centre.

At a young age, his father saw Surya’s love towards the game. At 12, Ashok was told that his son has enough potential and he enrolled Surya in Elf Vengsarkar Academy. There, Suryakumar was nurtured under the able training of Dilip Vengsarkar. He went on to play at all the age group tournament of Mumbai.

Suryakumar Yadav made his first List-A match debut in Vijay Hazare Trophy for his home side Mumbai against Gujarat. He impressed everyone and in no time he made his debut in T20s playing for Mumbai against Hyderabad in Syed Mushtaq Ali Trophy. He got a call in 2010 for first-class cricket against Delhi. Suryakumar was in sublime form, as a result, he was appointed as a skipper for Mumbai. He was also included in India A side in 2018.
The right-handed has massive 1000 plus runs on his name at the U23 level in the 2011-12 season. He also scored a double-century against Odisha in the same year. 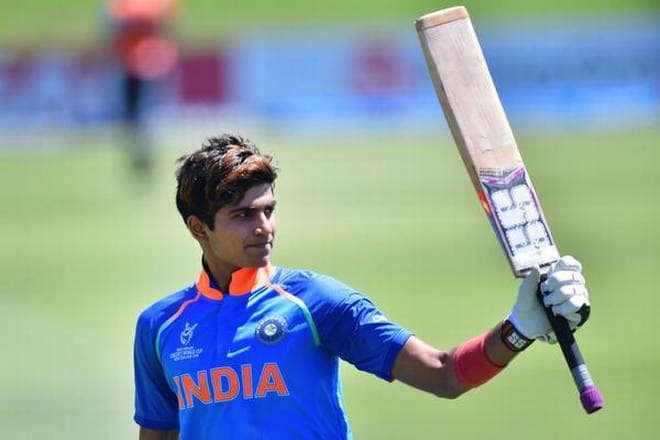 Shubman Gill Biography: The Story of India's Most Promising Cricketer

“When he first came to the ground, he was just 8 or 9. He would pick the ball and throw it back, but he would stay on the ground. We would have MCA’s U-14 nets at our ground back then. The nets were supervised by Ashok Kamath Sir. The moment he saw Suryakumar at the nets, he said this boy will go places. In the age group, he would initially get out after scoring 50 or 60. But there was this particular game at Cross Maidan and there he scored 140-odd off just 40-45 balls. And that was the start of great things,” Surya’s childhood coach Ashok Sawalkar once said.

Going by his early form, Mumbai Indians scouted and signed in 2012. However, Suryakumar’s full potential was never quite explored and he struggled to gain game time. After spending a long time on bench, he finally made the switch from Mumbai to Kolkata in the 2014 IPL Auctions and things changed thereafter. Slowly but steadily, Yadav did justice to the trust shown in him by his new franchise.

He made headlines in 2015 with his quickfire runs. Looking at the form, Mumbai Indians  brought him back to Wankhede in the 2018 IPL auctions. That year, Suryakumar finished as the highest run-getter in the tournament for Mumbai Indians with a tally of 512 runs. This year was another successful campaign for Yadav. He scored 424 runs for the team and was a crucial part of Mumbai’s record fourth IPL title victory.

Suryakumar has signed the deal worth Rs 3,20,000 with Mumbai Indians. Before that, the 28-year-old was purchased by Kolkata Knight Riders for Rs 70 lakh. According to reports, the MI batsman has a BMW 5 series car and Toyota Fortuner. The Mumbai player also owns a Harley Davidson bike and a custom-made jeep — Mahindra Thar.

The secret behind his run-scoring spree has been revealed by none other than his wife, Devisha Shetty, in an interview with Star Sports. According to his wife, Suryakumar’s fetish for dessert is the reason behind his high-scoring traits. Chocolate brownie with hot chocolate and some vanilla ice-cream is what the dashing Mumbai Indian batsman likes to have before he sets about in his business.

Handling pressure is one of the key components a cricketer must show constantly in his career if he wants to earn a tag. In crunch situations of the game, it’s a real test of the character. No one knows it better other than Suryakumar. He exactly knows how to keep himself calm and compose high-pressure situations.

A batsman not afraid to modernise, Yadav’s game is suited for the smaller versions of the game. Though he is 28 now, he is in sublime form. Even though he is yet to break into the national circuit, Suryakumar has impressed one and all with his technique and temperament from the word go. The promising future awaits him.

“If I was a planet and you were the moon, I’d stop spinning just by looking at you.” @devishashetty_ #myworld❤️ #boss?

'Aala re…!' Have joined the @mumbaiindians training camp from today. It's good to be back in blue and gold! ? #DuniyaHilaDengeHum ! #DilSeMI #onefamily

Akshay Badwe
The God taught me to love everybody but the most ones I learned to love are the athletes. Desire, determination and discipline takes me to a great deal of love towards sports. One can call me an avid sport maniac because I love to pen down some glorious content on sports. Being from journalism background with experience in media from couple of years I would like to keep this legacy going and now joining Kreedon gives me one more platform to explore the new world. I am always up to have a word on sports with a coffee.
Previous articleIPL Final: Shane Watson Wins Hearts With His Epic Heroics
Next articleVirat Kohli, Jasprit Bumrah Bag Top Honours at CEAT Cricket Awards

The most impressive thing about cricket is that anyone can make it big in the game, provided one has talent and passion. Many would...
Read more
Athlete Profile

Cricket's transformation to coloured jerseys happened in the late 1980s. And since then, without much debate and respecting every great ODI cricketer, no jersey...
Read more
IPL - Indian Premier League 2019

Kings XI Punjab will restart their quest for the Indian Premier League (IPL)title with another heavy splurge in the 2020 IPL Auctions. The team...
Read more