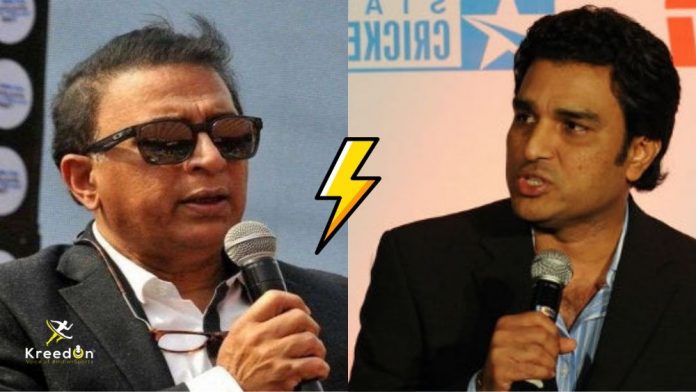 Sunil Gavaskar questioned Virat Kohli’s automatic selection for the post of India captain, suggesting that the Indian selection committee should have held a formal meeting to reappoint Virat Kohli as skipper of the Indian cricket team.

Not only that, Gavaskar went ahead and called the selection committee “lame ducks”. The legendary opener also pointed out that “while veteran players like Dinesh Karthik, Kedar Jadhav get dropped after having a below expectation performance, the captain continues despite much below par expectations”.

“That they selected the team for West Indies without first having a meeting to select the captain brings up the question of whether Virat Kohli is the captain of the team at his or the selection committee’s pleasure,” Gavaskar had written in his column for Mid-Day.

“To the best of our knowledge, his (Kohli’s) appointment was till the World Cup. After that, it was incumbent on the selectors to meet even if it was for five minutes for his reappointment,” he added.

The MSK Prasad-led selection committee had announced Virat Kohli as the captain of the team across all the three formats for the West Indies tour that starts with the first T20I on August 3.

“Speaking of lame ducks, the Indian selection committee appears to be one. After the reappointment, he (Captain) gets invited to the meeting for his views on selecting the players for the team. By bypassing the procedure, the message that goes out is that while the players like Kedar Jadhav, Dinesh Karthik get dropped after below expectation performance, the captain continues despite much below par expectations where the team did not even reach the finals,” he said.

Former India batsman and commentator Sanjay Manjrekar came on Twitter to oppose Gavaskar’s stance on Virat Kohli’s captaincy along with the veteran cricketer’s remarks on the Indian selectors. Manjrekar said that India “didn’t put in a ‘much below par WC performance’ they won seven, lost two”.

Respectfully disagree with Gavaskar Sir with his views on Indian selectors & Virat being retained as capt. No, Ind did not put in a ‘much below par WC performance’, they won 7 lost two. Last one very narrowly. And integrity a far more important quality as selector than stature.

KreedOn Network
We are a team of sports writers who research about sports in India day in day out. Please reach out to us in case of any specific requirement of digital services on contact@kreedon.com .
Previous articleRavi Shastri Has His Say on Rumoured Virat-Rohit Split
Next articleDream11 HAR vs JAI Pro Kabaddi League 2019 | PKL Prediction

Top 10 Players With Most Test Centuries In Cricket | Complete List

ICC Cricket Awards – Virat Kohli gets all the Top Honours