Who needs a Gym when you could do free workout!!

Free workout is the new ‘in-thing’ for fitness lovers who tend to avoid gym. This phenomenon is increasing in popularity as many people are witnessing positive result of such training. Foreign countries have dedicated calisthenics parks, encouraging the medium, but in India, the sport is little known.

Alphapack is a team of street workout athletes founded in 2016 with the goal of promoting street workout or free workout and calisthenics in India. Branded clothing and showing off at gyms is not for these young athletes, who want people around the country to know about this form of exercise.

Tushar Sharma, Kunal Mahour, Anuj Kumar and the rest of team Alphapack want to represent India on a world stage and eventually, open their own academy to train people in the art of the street workout.

Going to a gym is an expensive affair which everybody couldn’t afford. Fitness of a human being should not be limited to man made establishments. It should be accessible just like a person access water no matter which class of the society because health is the fortune everybody should have to lead a happy life. So how could it be done smoothly? 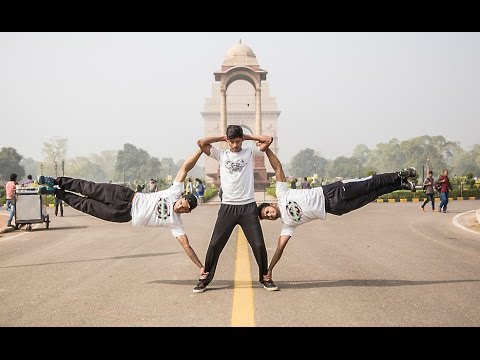 These Delhi guys have the determination and mettle to show India that how streets could be used to make you tough. Do you know, there are world championships for this sport also?  Yes, it happens every year when street workout geniuses assemble to show what they’ve got with their own swag. Here is one clip of 2015 World Championship.  These guys are dreaming to represent India at the championships and teaching India a way of having extremely fit body. This sport also has a close resemblance with our ancient Indian sport “Malakhamb” where you use a pillar and body to show various tricks (Refer Rich history of Indian Sports) . Hope you like it. If you do, don’t forget to share.  We can together build a healthy nation.

KreedOn Network
We are a team of sports writers who research about sports in India day in day out. Please reach out to us in case of any specific requirement of digital services on [email protected] .
Previous articleYuvraj Singh Biography: Story of the man who battled cancer to win World Cup
Next articleKreedOn Weekly – Indian Sports News