Let’s put Indian athletics including other sports into perspective. Since 1990, the most successful Olympian of all time, Michael Phelps has won more medals on his own than Team India. Below are few the stories you would love to see.

State of Indian Athletics: An Overview

In Olympics, Indian Athletics never seemed to make its mark with the medal tally remaining zero. Milkha Singh and PT Usha came really close but could not convert it into a medal-winning performance.

On the contrary, India has won 12 medals in Paralympics till now since 1968 and 10 of them were in Athletics. But India is yet to recognize their efforts. These players have given their everything for this and their stories are remarkable. Do watch them in the video playlist embedded with the post.

At the London Olympics in 2012, India had its best ever performance with six medals which is one medal for every 20 crore people.

If the medal tally is adjusted to its population and the size of its economy, the result is even less remarkable; India comes last in both tables of Olympics medal winner countries.

Let us look at some reasons/factors that might explain why we have not been successful at the Olympics, especially Indian athletics : 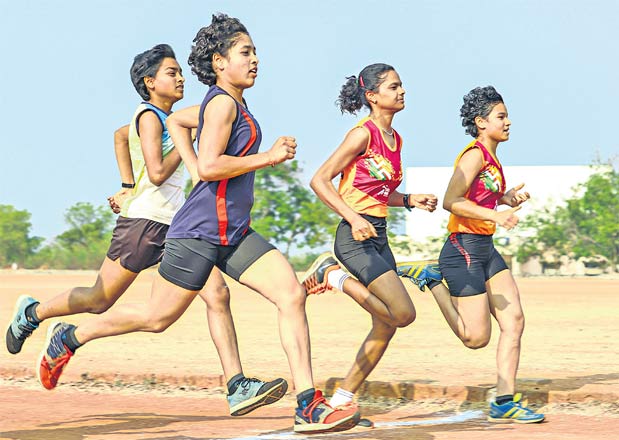 India, one of the fastest growing economies in the world and in spite of the ever-growing population of billionaires, is still a very poor nation in terms of per capita income.

It is also true that sport has never been a priority for Indian Government, which resulted in poor infrastructure and sports facilities. It’s not just the provided facilities but also the standard of living in a country which matters.

Suppose a person in a developed country decides to try his skills at athletics and fails to get anything out of this profession, he can resort to something else outside of sports and still manages to live a good life. But if the same person attempts to do this in India, will forever have to struggle throughout his life.

“The correlation between the amount of money invested in athletes and the number of medals is very strong,” argues Geet Sethi, a nine-time world billiards champion.

Each Olympic medal won in 2012 is estimated to cost around £4.5m to the UK government. 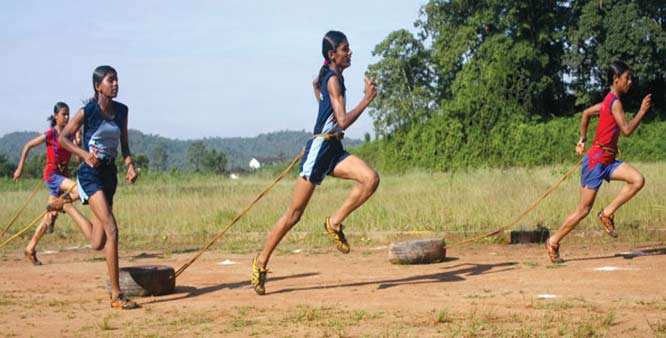 There is more to India’s poor show than just shortage of money. Even the Indian Olympic Association admits that Government has not done enough to support its athletes.

In average Indian households, education has always been seen as the ticket to success, hence top priority instead of extra-curricular activities.

The basic mindset is that a family cannot be run by the money generated through sport, which is true to a certain extent. The lack of career security is a big issue.

Reason 3: LACK OF UNDERSTANDING FROM ADMINISTRATION

There’s little support for those who display athletic prowess as most people with no experience in sports being at the helm of various sporting bodies and teams. They fail to understand what is it like to be a player, they have never faced the difficulties the players have, and in some cases, they hardly even care for what happens with the sport or player.

Though government provides scholarships for athletes that guarantee the basic minimum standard of living, the system is plagued with bureaucracy, politics, conflicts of interest and corruption.

In 1976, the Olympics switched from natural turf to synthetic, which is far more expensive. Indian players who practised on grass patches and fields were not suited for international competitions. When India won 6 Olympic medals between 1928 and 1968, it used to play on normal flat fields.

India has secured only a single medal in the last 40 years since it competed on natural turf.  A sport that had once brought in so much Olympic glory was lost due to lack of support.

Sporting associations itself are no strangers to scandals. This is further aggravated by misallocation, poor asset management, lack of transparency and an absence of a framework for measuring the impact of public spending.

Olympic shooter Abhinav Bindra, who won gold in Beijing, agrees the room for improvement is plenty: “I think sport in India a lot needs to still be done. I do believe that we have an abundance of talent but that talent needs to be nurtured right from a young age and we need to have world-class infrastructure, world-class coaching and training right from a young age.”

To improve the overall integrity of sporting culture, “National Sports Ethics Commission Bill” was introduced recently in the Indian parliament

“India’s cultural and caste traditions play a role too, Indians have traditionally seen themselves primarily not as individuals, but as members of their caste, tribe or region.” according to Prof Ronojoy Sen, of the University of Singapore, who

has written a book on the history of sport in India.

Even when people go on to show the talent for the sport, they are often discouraged from pursuing it top levels, by their families and the wider community.

Social barriers kept people from different castes not play together.

“That has meant that a large part of India’s population hasn’t been able to take part in sport, and hasn’t had access to sporting facilities.”

Is Cricket a reason?

No doubt India has made itself prominent in the world with continual successes in cricket but saying that it has acted as a hindrance to the progress of other sports won’t do justice with it.

More and more money is flowing into cricket with a number of sponsors lined up to provide support, draining the pool available for other sports.

Most parents, if their children to take up the sport as a profession, want them to become cricketers for obvious reasons that there are money and fame involved.

The thought of other sports occurs only during Asian Games, Commonwealth Games or Olympics that too for a month or so when the media is covering it. Else, people are busy enjoying the entertainment that cricket provides, of course with the glitters of high production telecasts.

The recent performance by the Indian contingent at the Commonwealth Games 2018 has clearly demonstrated that there is no dearth of talent in the country. If our athletes, despite all the odds can perform, they can deliver bigger results at other international events but for that to happen, central/state ministries and national sports federations need to change the ways that govern and manage the sports at all levels.

The system and attitude towards sports and athletes have to be encouraging and enabling.

Thankfully now, Col Rajyavardhan Rathore an ex-Olympian is leading the Sports Ministry and hopes are high from him.

Private companies are stepping in to try to fill the gaps in funding for other sports.

Maneesh Bahuguna, of Anglian Medal Hunt, believes its efforts will deliver the results.

It is funding a number of non – privileged athletes including Dutee Chand and believes its efforts will deliver the results.

“What we bring to the table for these athletes is the ability to bridge the gap between those best practices that are unavailable to them otherwise and the final performance at the Olympic Games,” Mr Bahuguna says.

“We improve their conditioning, physical and mental, by leaps and bounds.”

The need for a ‘hero’ in every sport including Indian Athletics

Nobody is expecting miracles, but success breeds success. For any sport to become popular, it needs a hero, an icon which is idolised by the people and who inspires the coming generation to take up the sport.

India was nowhere to be seen in the map of world boxing before the arrival of Vijender Singh. His Bronze in Beijing Olympics turned out to be a stepping stone for boxing in India and since then has gained popularity.

For wrestling, the same goes for Sushil Kumar and Yogeshwar Dutt who created a revolution of sorts.

This is one of the reasons that cricket has been the most favourite sport in our country, because we have always had heroes, right from the time of Nawab Pataudi to Gavaskar, Kapil Dev, Sachin Tendulkar, Ganguly, Dravid to Dhoni and Kohli.

Obviously, the emergence of Neeraj Chopra, Hima Das, Tejaswin Shankar and many such athletes will give strength to Indian athletics.

The commercialization of sports in India is finally being seen in sports other than cricket. It started with Cricket but now Hockey, Badminton, Kabbadi, Football, Tennis, Table Tennis and Badminton got their own professional leagues.

All these tournaments play a big role in the development of the sport and especially in providing proper facilities for an international level competition.

The League itself will be holding training camps and courses to raise the standard of sports in India.

Apart from raising the standard of sports, these leagues boost the economic standards of the good players.

Similar league concept is yet to arrive for Indian athletics and hopefully, it will change everything for Indian talent.

We believe that things are going in the right direction and just need to pick pace. Soon we are going to see a champion in Indian athletics. 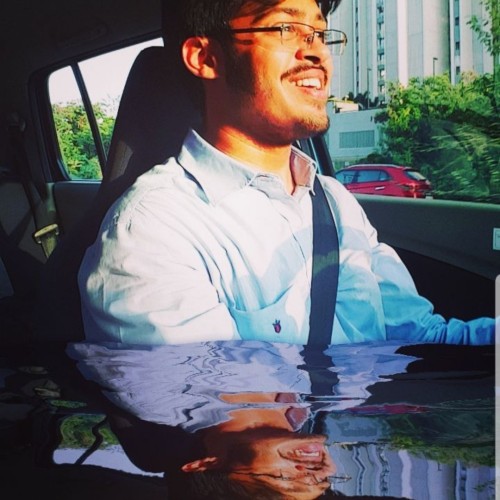 Where and How can you watch Commonwealth Games 2018?