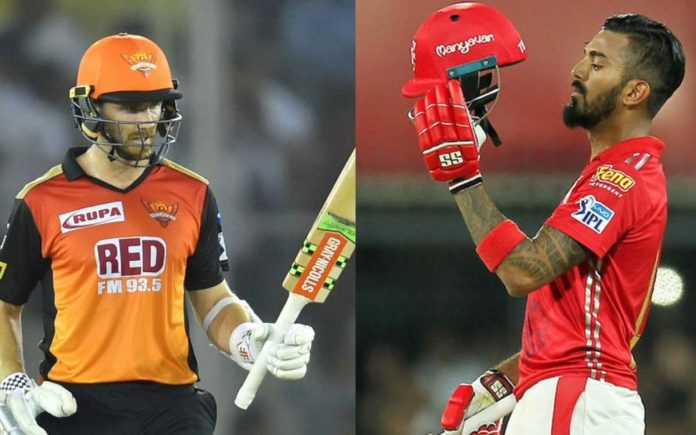 SRH Vs PBKS Dream11 Prediction: Kane Williamson vs KL Rahul, the battle between two cubes of ice. This battle is going to be very interesting to see for one major reason, Sunrisers Hyderabad has only won one match this season, and that came against Punjab Kings. Hyderabad is in the last position on the points table, and Punjab is in the 7th position on the points table but can rise from there.

Sunrisers will be hoping to win their second match of the season against the same opposition. It will be very difficult for them to qualify for the next stage of the tournament, but they would like to make the best out of the remaining matches.

Punjab was a little unfortunate in the last game. They lost the match which was completely in their grasps. They did nothing wrong, but they lost anyway. Punjab Kings would not want to repeat what happened in the last game and try to win it to go up in the points table.

KL Rahul – Rahul had a lower strike rate in the first half, but now that seemed to have changed in the last match. He was batting with much more intent and scoring quickly. If he does this in the coming matches, Punjab will immensely benefit from that.

Wriddhiman Saha – Saha is now opening the innings in the absence of Jonny Bairstow. He was looking good to start in the last match but needs to do much better in the coming matches.

Nicholas Pooran- Pooran is a great striker of the ball and did well in the last match. Had he stayed a little longer in the last match, he would have surely won them the match. He would want to do that this time around.

Mayank Agarwal – Along with KL Rahul at the top, Mayank Agarwal has been very good. He is scoring quickly, which is a very good sign for Punjab. He will have a big role to play for his team’s success this season.

Kane Williamson- Williamson is a very calm and composed player, but this season his captaincy skills have not been very effective. His team is almost out of the tournament. He would now look to at least regain his reputation.

Abdul Samad – Abdul Samad is looking in good shape to score runs. He is very young, and this is a good opportunity for him to boost his career. So far he has given some glimpses of his game but has the potential to do even better.

Jason Holder- Jason Holder is one of the best players to ever come from the West Indies, but in the IPL, he has not done that well. He will have to do a lot better to stay in this competition.

Rashid Khan- Rashid Khan, as always, is very economical this season. The batsmen are not taking risks against him, which is restricting him to grab more wickets. But he would still take that as a win and would not mind if he builds pressure.

Bhuvneshwar Kumar – Kumar is the leader of this bowling attack, which is one of the best in business. He has not been very effective this season but should be able to produce a few wickets in the coming matches.

Adil Rashid- Adil Rashid has only played one game in the IPL, which turned out to be a very bad game for him. He is a quality player and is expected to do better in the next match.

Arshdeep Singh- Arshdeep is a contender to win the emerging player award this season. He was the best performer in their last match with his 5 wicket haul. He has a very bright future, but for that, he needs to maintain consistency.

KreedOn Network
We are a team of sports writers who research about sports in India day in day out. Please reach out to us in case of any specific requirement of digital services on [email protected] .
Previous articleCSK vs RCB Post-match analysis | Key Moments | Hits & Flops – Know here
Next articleTop 5 Youngest Player in IPL of All Time