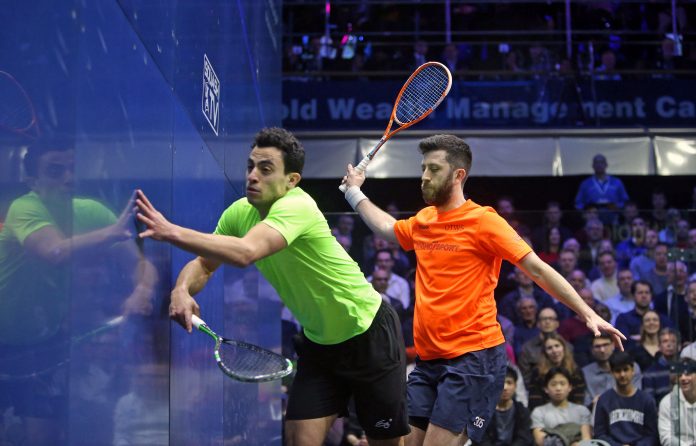 Squash and Racquetball are same as football and soccer, the later just being American term for the former. Heard that somewhere? Well, it turns out this is completely untrue, and the 2 are different sports technically. Though the two games look quite similar in terms both play and playing area, there is a lot more than what meets the eye. Despite being regarded among the healthiest sports that exist, the two are yet to make their entrance in the Olympics.

Nevertheless, both the sports are quite popular throughout the world with Squash being dominant in Europe and Racquetball in the North American region. In fact, both of them are widely watched and played in several parts of the world. But the common question of Squash vs Racquetball arises a lot among the followers of either game. Following are the significant differences in both the sports explained in detail.

The easiest way to make out whether you are watching Squash or Racquetball is by simply observing the playing gear. The first evident difference is the use of racket in the Squash and racquet in Racquetball. Yes, the same is not synonymous then, and the 2 are different gears. The rackets used in Squash are 27 inches long, which is 5 inches longer than the maximum length of racquet used in Racquetball. Also, though both racket and racquet have a tear-drop shape, the racquet is much two with the string surface being much higher than a racket.

Besides this, the balls used in both the sports are also different. The ball used in Racquetball is about 6cm in diameter whereas the Squash ball is just 4cm and hence slower as compared to the former. Due to this fact, it is generally mandatory to wear an eye gear and wrist tether for protection from the ball and to ensure that racquet does not slip out of someone’s hand in the fast-paced game. Such compulsion is rarely seen in the game of Squash and rather left on personal preference.

Though both looks to come out of the same region, owing to the immense similarity the game-play of both sports, the two originated in 2 different parts of the world, one about a century later than the other. Squash is believed to owe its origin to the London Prison, which later started spreading through schools in the 1830s.


On the contrary, Joe Sobek is credited as the inventor of Racquetball. In 1949, professional tennis and American handball player, Sobek created a fast-paced game from Squash, handball and paddleball, naming it paddle rackets. Later after transformation and development of rules, it was called Racquetball.

The court dimensions of the 2 sports are:

Evidently, Racquetball court is larger compared to Squash, owing to a faster ball and tougher scoring rules (discussed later). Apart from the dimensions, there are no markings on the walls in Racquetball, while Squash court possess several out of bound markings on the front and sidewalls. Also, it is legal to hit the ceiling in a game of Racquetball whereas Squash counts the same as out of bounds.

These were the significant difference between the two sports. Apart from these, all the rules are pretty much similar. Go through the Squash rules and basics to understand how to play this fast-paced indoor racket or Racquet game.

Racquetball has both 2-serve and 1-serve rule as per the competition’s status. A server starts with the ball hitting the front wall directly; otherwise, the server loses the opportunity, regardless of 1-serve or 2-serve rule. In the 2-serve significant, the server is allowed to attempt a second serve if the first one is faulty. A fault serve can occur in the following cases:

Also, the receiver is required to let the ball bounce before hitting it.

The scoring in Squash is similar to any other racket games. The ball must be hit before bouncing twice on the floor while staying inbounds in a rally after a legal serve. On the contrary, in Racquetball, the ball must be hit strictly after the first bounce and before the second in a rally after a legal serve. A point is scored off each rally in a game of Squash. Whereas in Racquetball, a point can only be achieved by the server. This means if a receiver wins the rally, no point is awarded to either player. This makes a Racquetball game lengthier than a Squash game.

A game is Squash is played to 11 points, generally in a best of 5 sets. On the other hand, a Racquetball game is played to 15 points for two sets, followed by an 11-point set as the decider in case of a tie in the first 2. In both the sport, a set can be won by a minimum margin of 2 points. This means in case of a tie at the setpoint, the set is extended till a player gets a clear lead of 2 points.

Here is beginners guide on How to play Squash with Rules and Skills involved.

Raghav Heda
Raghav is a sports enthusiast and a content writer at Kreedon. Being a former state-level cricketer and Captain of the Basketball team at IIT Patna, he understands the problems faced by a student-athlete in India. He is also a die-hard NBA fan and has been following the league and American Sports Media for long. Comparing the Indian sports economy to American Sports' was something that motivated him to work for the development of Indian Sports.
Previous article8 Weird ICC Rules that You Did Not Know About…!
Next articleList of Top 10 Best Football Stadium in India

All the squash rules for beginners and experts explained!

Top 12 Best Squash Rackets in the Indian Market | How...