The Sports Authority of India was founded by a committee created to organize the Asian Games in New Delhi in 1982. The “Department of Sports” of the Government of India’s Ministry of Youth Affairs and Sports created the “Sports Authority of India” as a registered society on January 25, 1984. The “Society for National Institute of Physical Education and Sports” (SNIPES) merged with SAI on May 1, 1987, bringing the Netaji Subhas National Institute of Sports (NSNIS) in Patiala and its affiliated centers in Bhopal, Bangalore, Kolkata, and Gandhinagar, as well as the Lakshmibai National College of Physical Education in Thiruvananthapuram, under SAI’s umbrella.

SAI is comprised of two academic institutes that offer graduate and post-graduate courses in sports medicine, sports, and physical education in order to train coaches and other sports support personnel.

READ | All About IOC | International Olympic Committee: Must know

In order to prepare Indian teams for various national and international events, SAI organizes many national coaching camps in several disciplines in SAI centers and other centers throughout the year.

Different sports promotion schemes of SAI, aimed at spotting and nurturing talent are being implemented and monitored through the networks of SAI centers.

READ | Sports in Olympics | Know About All Olympic Sports

The Khelo India Program is a nationwide yojana/scheme to promote sports development in India. It was first inaugurated in Delhi in 2018 by then-Sports Minister Col. Rajyavardhan Singh Rathore. The goal of this initiative is to develop India’s sports culture.

The Union Cabinet approved the revamped ‘Khelo India’ program, which combines the ‘Rajiv Gandhi Khel Abhiyan’ (formerly known as the ‘Yuva Krida & Khel Abhiyan’), the ‘Urban Sports Infrastructure Scheme’, and the National Sports Talent Search Syst The program promotes both “Sports for Excellence” and “Sports for All.”

On the official website, candidates may find full information on the Khelo India National Programme for Sports Development. 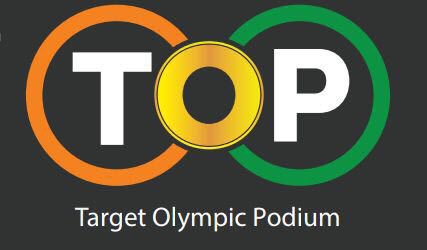 The TOPS (Target Olympic Podium Scheme) was introduced in 2014 by the Ministry of Youth Affairs and Sports (MYAS), Government of India.

How to join Sports Authority of India

You can apply to a scheme in a simple three-step process:

Step 2 – Make a profile for yourself. This is a critical step to take. Every year, many people apply for the SAI program. Provide as much information as possible in order to be nominated, especially if you have previously been a sportsperson and competed in contests.

Step 3 – Fill out an application for a scheme. After you’ve built your profile, you may apply to any SAI plan that fits your needs.

Is the Indian Men’s Football Team out of Asian Games?