What is the main purpose of advertising? To sell a product or a service? To be more precise, it is a way of connecting with your target consumers and simply telling them, “Hey! here’s our product you could try.” The resultant of this is what helps brands sell their products or services.

However, although the destination is the same (to sell products!), the media to achieve the same can vary hugely. This may include ones like Print, Point-of-Sale, or Digital Advertising. One of the most prominent of these is sports advertising.

The relation between sports and advertising is traditional in nature. In fact, it is difficult to imagine where sports be today without advertising? Today, advertising has transformed sports into one of the most profitable industries in the world.

However, over the years, the term ‘sports advertising’ has changed drastically. Traditionally, it used to include advertisements that would help corporations sell their products in the face of sponsorships, television, merchandising, and printed materials.

What is Sports Advertising?

Sports advertising can be viewed as a subdivision of marketing that has a focus on promoting both, the organizations (and their products) as well as the sports events and teams involved.

The ultimate goal of this mode of marketing is to devise strategies of exploiting the multiple facets of sports for the promotion of brands, product or service.
These facets may include broadcasting, social media, ticket sales, advertising, digital platforms, and community relations. 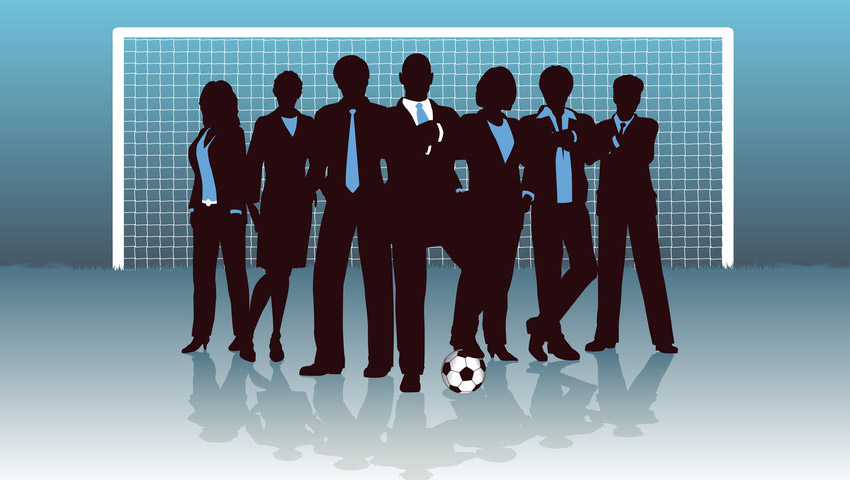 Because sports is different. There are concrete reasons why. Firstly, unlike other platforms of advertisement, sports demands unadulterated attention from viewers.

It happens quite often that people stay glued to the TV sets or their smartphones, irrespective of the happenings in the surrounding.

This ensures high engagements and impact of the advertisements, whether it is a commercial break on TV or a popup on smartphones.

Moreover, unlike other forms of entertainment, which can be viewed again at any time, sports has to be watched live.

This makes the value of sports advertising rise in comparison to other forms of content, which can be either paused, switched, or shutdown to view at a later date.

Last but certainly not least, sports has a universal appeal. It is one of the fewer things in the world that can be enjoyed irrespective of your country or language.

Take the 2018 FIFA World Cup for example, which had a huge impression of over 231 million, according to Barc India. It is this beauty that ensures a wider and global appeal of sports advertising.

Moreover, sports also connects itself with national pride, thus enjoying a different set of followers ones who are both passionate as well as patriotic (to a certain extent). As a result advertising through this route is way different than other modes. This is equally true with advertising on-air or through digital route.

Over the past few years, the significance of sports advertising has evolved greatly. Among other factors, the evolution of sports as a source of quality entertainment has played an important role in this growth.

According to ESP Properties, the revenue from sports advertising crossed the $1 billion mark in India in 2018. This was fueled by the huge investment in cricket, most notably in the sponsorship deals.

Vivo first broke the ice by investing a huge ₹2,199 crores to be the title sponsor of Indian Premier League (IPL) in a 5-year deal.

However, cricket is not the only crowd puller when it comes to sports advertising. Of late, non-cricket sports have been successful in boosting their popularity. This includes volleyball (PVL), badminton (PBL), and wrestling.

Sponsorship is the first forms of sports advertisings in the sports domain. Amongst the oldest examples include Slazenger supplying the official Tennis ball for Wimbledon (1902- 2015).

But it hasn’t lost its glaze over the years. In fact, sponsorship remains arguably the most powerful marketing tool in sports to date. The basic model is simple: associating the brand (sponsor) with the sports club or event, known as a sponsee. It’s a win-win situation for both parties.

The sponsors get widespread brand awareness and unrivalled customer loyalty. This is especially suited for the brands which have just entered a new market and are looking to get a headstart. It was, thus, not surprising that Chinese smartphone manufacturer, OPPO, splashed a bumper ₹ 1,079 crores to sponsor the India National Cricket Team to increase its foothold in the country.

The Sponsee, on the other hand, gets the financial backing by which it can keep the fans even more engaged.

Here are a few examples of how brands are taking sports advertising through sports marketing to a whole new level:

Who's winning the contest and taking home a new S9 phone?

⚽✈ What a way to travel to the Spanish Super Cup! We're heading to Saudi Arabia on an @emirates A380.#emiratesflybetter | #RMSuperCopa pic.twitter.com/QplEl5Q8W8

How do you sum up a final like that? ?@IBM take a deeper look into how @DjokerNole won his fifth title in a #Wimbledon epic… pic.twitter.com/tmkYtv0oca

Like the Primeira Liga Benfica activated its title sponsor Fly Emirates in this amazing way:

Knowing its importance, media houses are biding big on sports in India. The two companies in the thick of it all are Star and Sony. The year 2017 saw the biggest consolidation of the Indian sports broadcasting industry with Sony buying Tens Sports for a reported ₹2,600 crore. The deal also made it a two-horse race with Star India being the only other competitor.

Star Sports went on to win the broadcasting rights for Indian Premier League (IPL) as well as the domestic Indian cricket action. However, neither of the two came cheap. While it bought the right for IPL at ₹ 16, 347 crores, latter came at a cost of ₹ 6,140 crores.

The numbers are simple here. Star would be paying ₹60 crore per match for the domestic cricket, it would shelling out ₹ 54 crores per IPL match. This is enough to point out just how high organizations are willing to go in order to gain the most out of sports advertising.

The other broadcaster, Sony, is also not far back. The company struck success last year even after missing out on two crucial cricketing deals.

This was as a result of major international tournaments like 2018 FIFA World Cup, Gold Coast Commonwealth Games and lastly the 2018 Jakarta Asian Games.

This goes on to show that sports advertising in India (through broadcasters) is equally rewarding, irrespective of the sport or the broadcaster.

When it comes to reaching out to users, digital media is the rising force as compared to Television. Today, more people consume data on smartphones than on TV or any other media for that matter. It, thus, does not comes as a big surprise that spending on digital advertising surpassed its television counterpart in 2018.

In fact, according to advertising measurement company Zenith, the spend on internet advertisement was $40 billion superior to the TV ad spend.

Today, an increasing number of people spend time on their devices as against the idiot box, thus justifying the gulf.

With the increased penetration of smartphones along with the cheapening of data has played an important role in this. Moreover, the engagement generated by advertisements is measurable on digital mode, unlike TV advertisements.

Sports is not an exception to this changing trend. With the advent and the subsequent prevalence of online streaming services has been a big game-changer for the same. Last year, as many as 202 million people watched Indian Premier League online on Hotstar, Star Sports’ streaming platform.

This was a direct growth of 155% from the 130 million that viewed it online in 2017. As a result, Digital Sports Marketing has achieved a new meaning and importance altogether.

All these factors point out to the fact that sports advertising is on a substantial rise and one of the most important fields of marketing.

KreedOn is a platform for Indian athletes and sports entities to get recognition, digital solutions, and sports network. It’s also a digital platform for brands to discover and book opportunities in Indian sports ecosystem to fulfil their marketing and CSR objectives. It has a strong sports community reaching out to over 3,00,000 Indian sports lovers every month.

If you are a brand looking to advertise in the sports domain, we are here to help you!
You can drop us a mail on [email protected] or WhatsApp on 7767949322 and we will get back to you soon.

For more interesting content related to sports, stay tuned to KreedOn, the voice of Indian sports.

Monish Gadiya
Monish Gadiya is the Head of Content at KreedOn. He is a thorough tech-enthusiast and believes that innovation is the answer to all the problems prevalent in the society. Monish graduated from University of Pune with a degree in Civil Engineering before pursuing a post-graduate diploma course in intellectual property rights. A die-hard football fan, he has represented his college at various football competitions.
Previous article
Cheteshwar Pujara Biography: ‘The Rock’ in Indian Cricket Team’s Batting Order
Next article
UWW Asks All National Federations For Suspension of All Ties With India

Metaverse & Sports | What is metaverse?

Metaverse & Sports | What is metaverse?

Sports Media | Study the Impact of Social Media on Athlete...