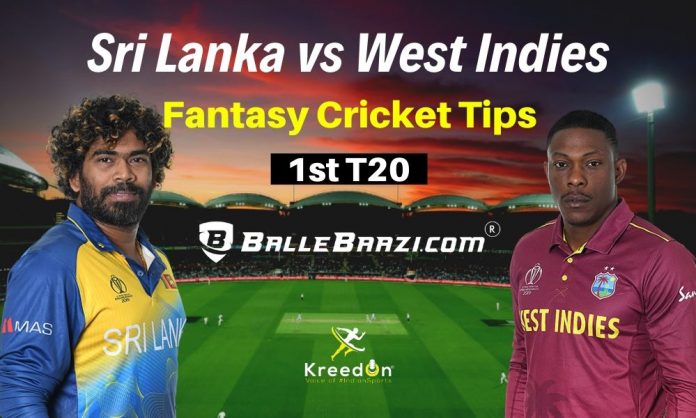 After the clean sweep in the ODI series, Sri Lanka will look to repeat the feat against West Indies in the 2-match T20I series starting with the first one at the Pallekele International Cricket Stadium on Wednesday. While the first two ODIs were relatively comfortable, the Lankans were given a run for their money in the last by the Windies. The visitors almost chased the total of 307 thanks to valiant knocks by Shai Hope and Sunil Ambris. However, Sri Lanka held their ground and won the game by 6 runs.

Can the West Indies take a mini-vengeance against Sri Lanka? Let’s find out…

KreedOn Network
We are a team of sports writers who research about sports in India day in day out. Please reach out to us in case of any specific requirement of digital services on contact@kreedon.com .
Previous articleSA vs AUS 2nd ODI Dream11 Prediction | South Africa vs Australia | Ballebaazi
Next articleCHE vs LIV Dream11 Prediction 2020 | Chelsea vs Liverpool FA Cup