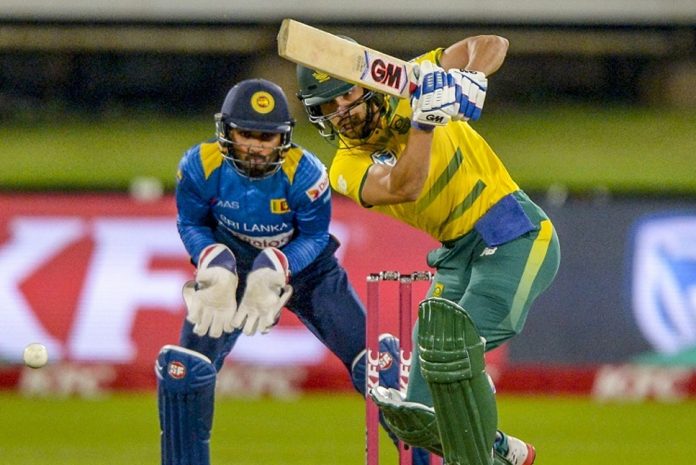 SL vs SA 2nd T20 Dream11 Predictions: After the end of a dramatic ODI series, the T20 action already has begun. In the first match, South Africa won the toss and decided to bat first, and they set a good target of 164 for Sri Lanka. Sri Lanka in return was not able to get to the target and fell 29 runs short of the target. South Africa has now taken a one-match lead in the series.

South Africa, in the first match, gave us a glimpse of what their playing XI could be in the upcoming T20 World Cup because all the players in that XI are in the squad. They have faced some criticism on their squad selection, and they will now have to continue winning matches with this team to make a point.

Sri Lanka won the ODI series, and now they trail in the T20 series. They will have to try and win the remaining matches going into the T20 World Cup. They have been at the top of their game in recent times and will have to display a similar game the next time.

Heinrich Klaasen- He got to a decent start in the first match but could not convert it into something big. Klaasen is a good keeper and is handy with the bat too. He can change gears at any point, which is what can be expected from a middle-order batsman.

Quinton de Kock- De Kock took a bream in the ODI matches, but he is back now. He is one of their most important players, and he will have to do well in the remaining two matches before the start of the IPL and T20 World Cup.

Dinesh Chandimal- He was a part of the ODI squad but did not get a chance in any of the matches. He was included in the first match, where he scored 66 while chasing. Unfortunately, he did not get good support and lost the match.

Avishka Fernando- Fernando scored a century in one of the ODI matches. He was in a good form before that but was not able to convert good starts into big scores until then. He should continue his form in the T20 games as well.

Aiden Markram- He is yet another senior player in the South Africa Squad and will have a responsibility to handle the pressure. He did well in the ODI series and has started the T20 games on a good note. He will have to win them more matches from now on.

David Miller- Miller in the lower middle-order can be very destructive, but he has not delivered up to his standards recently. If he can change that and be more consistent, he surely will have a permanent spot in the T20 World Cup.

Charith Asalanka- He has given some good performances in the past, but that is mostly in the ODI format. He will have to adjust his game slightly and make the most out of this opportunity against good opposition.

Wanindu Hasaranga- He has been the talk of the town since the series against India. Based on his all-round performance in that series, he has been picked in the IPL. He has not done what he did previously in this series. But that can change at any point, and we saw some scope of it in the last match.

Keshav Maharaj- This wicket is good for spinners, and Keshav Maharaj bowled decently in the ODI matches. He got just the one wicket in the last match but can do much better in the next match.

Tabraiz Shamsi- He is the no. 1 spinner in the world, and he proved why that is in the ODI matches. He got a five-wicket haul and won a man of the match. He will be the key in these conditions to win South Africa the T20 series as well.

Kagiso Rabada- Rabad produces genuine pace, and these conditions might not suit him well. But the conditions would not bother him that much, he should be able to extract some wickets now and then like he did in some of the earlier matches.

KreedOn Network
We are a team of sports writers who research about sports in India day in day out. Please reach out to us in case of any specific requirement of digital services on contact@kreedon.com .
Previous articleFind Out Who is the Saddest Person After Ind vs Eng Match Got Cancelled
Next articleTeam India Continues Its Brilliance at the FIDE Chess Olympiad 2021

KreedOn Sports Buzz: Do you know Esports is all set to...