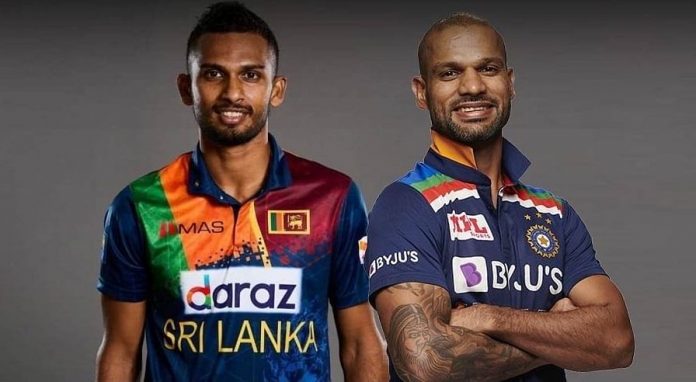 SL vs Ind 3rd T20 Dream11 Prediction: The tied series at the moment will conclude in the series decider tonight. This is the last T20 match that India will play before the T20 World Cup to be played in UAE and Oman later this year. Before going to play in the tournament, India will look to win the match and the series as well, but they have a big issue in front of them.

Krunal Pandya, who was tested positive for Covid-19, was isolated and ruled out of the remaining matches before the second T20. Along with him, a few other key players including, Suryakumar Yadav, Prithvi Shaw, and Hardik Pandya, were also isolated after coming in close contact with him. In the second match, India was left with only five batsmen in the mix.

India is expected to play the same batting lineup in the third match. With the limited options remaining, India needs to capitalize their batting and score more runs than last time. Sri Lanka, at the moment, has the momentum of the series. This could be the beginning of their resurrection if they win this match.

Sanju Samson – Samson has become a player who can score at a quick rate, but he has lacked consistency. If he allows himself a little bit of time in the middle, he can score runs with more efficiency.

Shikhar Dhawan – Because of the time he spends with the next generation of players in the middle, Dhawan has now adopted the role of an anchor, and his experience allows him to do that.

Avishka Fernando – Most of the Sri Lankan batting attack depends on Fernando to score runs at the top of the order. He has been their most consistent batter and needs to perform in this match as well for their chances of winning.

Devdutt Padikkal – Padikkal has been around for only a couple of years in the domestic circuit and IPL, but he has shown good intent and maturity in his batting. This is a chance for him to display his skills at the international level as well.

Wanindu Hasaranga – Hasaranga has been outstanding this series. Most of the players are not taking any risks against him, and Sri Lanka has used him in crucial situations. He should continue bowling the tight lines and lengths in this match as well.

Chamika Karunaratne – Otherwise a bowler, Karunartne has impressed everyone with his finishing abilities with the bat too. His six off Bhuvneshwar Kumar in the 19th over in the second match was the moment that swung the match in Sri Lanka’s favor. He would love to maintain this new role and win matches for his team.

Bhuvneshwar Kumar – Making a comeback in this series, Bhuvneshwar has lived up to the expectations. In the first T20, he picked a four-fer and won India the match. He would now look to cement his place in the T20World Cup squad.

Kuldeep Yadav – Kuldeep Yadav, in the second match, was the pick of the bowlers. He picked up 2 wickets and also created a few half chances. He would want to advantage of the turning conditions and try to pick more wickets in the decider.

Rahul Chahar – Rahul Chahar bowls strategically and can take wickets. His aggressive bowling style allows him to do so. He would surely want to contribute to his team and restrict Sri Lanka to low scores.

Varun Chakravarthy – In his debut series, he bowled well, maintaining the lines and lengths while using variations. He only got one wicket in each match but was decent with his economy.

Team India T20 WC Squad Released: Know Who Could Be The Trump Card