Voice of Indian Sports – KreedOn
Home Sports Kabaddi Learn the Basic Skills of Kabaddi Game | How to Tackle and...

Soiled aggressive raiders taking on sweat-ridden staunch defenders with a sea of spectators, some whistling, others spellbound. Kabaddi did make for an immersive and intimate sporting moments – both for the fans and the players. However, like many other ethnic sports like Kho Kho, and Mallakhamb, it too lost its shine in the last few centuries majorly due to the advent of English game of Cricket.

However, ironically, it is because of this exact sport that Kabaddi is getting its lost shine back. Like many other sports, when the popular ‘IPL-model’ was applied to the traditional Indian sports, it instantly became popular. The league formed in the process, Pro Kabaddi League today boasts viewership of 300 over million. However, Kabaddi has not remained just another leisure sport. Today, with a lot on stake, the game is getting more competitive by the passing day. Thus, it becomes very important to get familiar with its skills. This is your we decode the skills of Kabaddi.

Before we talk about the skills of kabaddi, let us know the motto of this game. The sole objective of this game is to grab points by raiding into the opponent’s court and touching as many opponent players as possible without getting caught on a single breath. Each player intoning, “Kabaddi! Kabaddi!” enters into the opponent’s court and touch the defence players. On the other side, opponents make tactical coordinated efforts to catch that player. 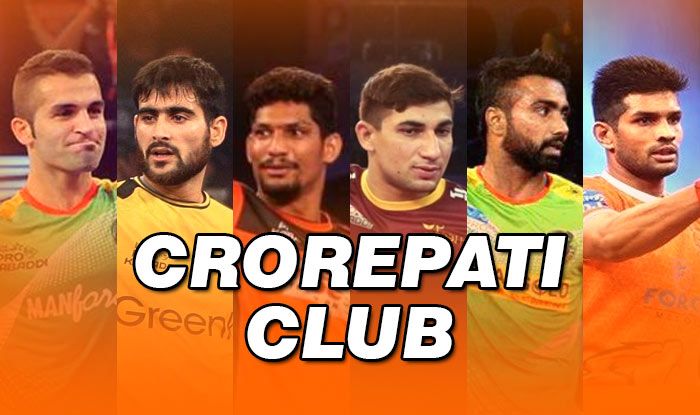 All the players who are on the mat on their side of the court, when a raider from the opposite side is raiding are said to be defenders. Defenders have special skills to pin down or tackle. Here are ways to tackle

As the name suggests, when the raider is deep on one side of the court making his chances against the corner defenders, he is caught unawares at the back when another defender completely blocks his road with his entire body.

Coordination is the key here. This is when two or more defenders plan and form a chain to block the raider’s path and then execute one of the holds to stop him in his area.

If you have the strength you won this move! This tackle requires humongous strength to be executed, wherein the defenders grab the raider by his waist depending on the raider’s position and then tugs him mid-air to disturb his equilibrium and thus effectively marring his chance of escape.

This tackle is usually initiated by corner defenders. As the name suggests, defenders grab the ankle of the raider while he is attempting to sneak in a bonus point.

Precision plays an important role here. This technique is exhibited by many cover defenders, who strike at the perfect time when the raider is changing his way and hold his thighs with both hands.

Here the defender tries to lock both legs of the raider in his hands. For this cover, support is very essential since the raider’s upper body could still be in motion and try to escape. This tackle is a bit technical and requires practice. Young defenders try this technique often. However, the success rate is very low for this type of tackle.

Many of you may know about the scoring in hockey or football but how many of you know about scoring in kabaddi? In kabaddi, a player has to manage to score a successful raid point in the rival half in terms of attack. The player enters the opponents’ court after crossing the midline in order to make a point by getting a touch on any of the defenders on the mat. Here are some skills in kabaddi

Only for experienced ones! The Raiders generally use this method when they avoid going near the defenders and from a safe distance, touch the defender with their feet. For a successful raid, one needs a flexible body to implement and execute the long stretch of legs combined with timing.

Pardeep Narwal, the superhero of Pro Kabaddi League popularised this style in recent times with his exceptional timing and skill. When raider manages to get a point while bowing below the arm span of a host of defenders and effectively escaping from their clutches.

This is applied by the raider in a squatting position by thrusting nearest leg towards the opponent. This skill only for those who have high reaction ability and good agility. Short and slim raiders can make good use of this skill.

Back kick, sidekick and curve are the various types of kicks used by raiders. This can be used while maintaining distance from the antis, to confuse the defence. This is a good skill to be used when defence players are less in number.

Akshay Badwe
The God taught me to love everybody but the most ones I learned to love are the athletes. Desire, determination and discipline takes me to a great deal of love towards sports. One can call me an avid sport maniac because I love to pen down some glorious content on sports. Being from journalism background with experience in media from couple of years I would like to keep this legacy going and now joining Kreedon gives me one more platform to explore the new world. I am always up to have a word on sports with a coffee.
Previous articleNot Just Khali, Here Are Other Indian Wrestlers in WWE Who Made it BIG!
Next articleIPL Final: Shane Watson Wins Hearts With His Epic Heroics