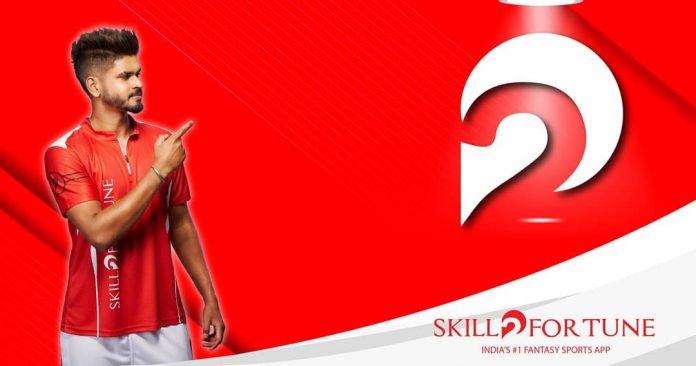 The Fantasy Sports Market has boomed in India in the past three years. In 2017, there were less than 30 fantasy sports operators. Three years down the line, the number has crossed a mindboggling 140, ranking India among the largest Fantasy Markets.

The first fantasy game dates back to 2001- SuperSelector by ESPN Star Sports. However, it failed to rocket like the market leaders of today. One crucial difference, then and now, is the internet.

The internet brought the ability to watch a match played in Australia, to literally any place with the network. At least 800 million Indians watch sports. 300 million, of whom, watch online. 100 million of these are expected to be playing different fantasy games.

What started with cricket, has slowly penetrated other team sport which played in India and abroad.

Today, Fantasy sports has diversified into other sports like Football, Basketball, Kabaddi, Hockey, Tennis. Even UFC and Formula 1 are expected to follow the suit soon.

The Fantasy sports market in India has valued over ₹ 15,000 crores. And that number is all set to multiply in the coming years. Reports indicate at least 10 crore people will be playing fantasy sports by the end of 2020. When we set aside facts about market and growth, there is one question that comes to mind:

“Why do so many people play Fantasy sports?”

The answer? “To win money.”

And that is where ‘Skill2fortune: Play Fantasy cricket and win cash daily’ wants its users to do in this booming industry.

Skill2Fortune is among the newest fantasy sports platform in India; allowing users to play fantasy cricket, fantasy football and fantasy Kabaddi. Skill2Fortune Fantasy Sports Private Limited was founded in June 2019 in the Silicon Valley of India- Bengaluru. Indian cricket star Shreyas Iyer is the brand ambassador of the game.

As the name indicates, it is your skill which will bring you the fortune. According to ‘Fantasy Sports – Measuring its impact on actual sports consumption, FIFS and Neilsen’ report, 37 per cent fantasy sports players consume six to hours of real-life sports content per week and stay updated with knowledge on players and match conditions. And this is what differs winning from losing here.

New to the world of Fantasy Sports? Don’t worry, Skill2Fortune has got you covered. Signup to Skill2Fortune and get a joining bonus ₹50. That’s not all. You can use the ‘skill fortune app’ referral code to earn an extra ₹50 as well.

Moreover, you can use the cash prizes to join fantasy sports leagues and earn additional cash incentives.

Playing Skill2Fortune is easy. Once you register and pick your sport, users need to create their team of 11 players within the 100cr budget.

Select your captain and vice-captain and save your team. Beginners can play in free leagues, and skilled players can participate in cash leagues.

The Skill2Fortune app is available on both Android and IOS platform.


To know more about the rules, head over to Skill2Fortune.

How is Skill2Fortune different from other Fantasy games?

The USP of Skill2Fortune is that users can select a maximum of 6 players in a single team instead of 7. This will change the dynamics of the players you will be selecting.

Another reason to play Skill2Fortune is that mainstay fantasy games have filled competitions; thus reducing users’ chances to win money. However, a new game like Skill2Fortune gives you lesser users and increases your chance to win.

Moreover, it has dedicated customer support in case you have any queries. You can either mail at [email protected] or contact them through Facebook to get a quick resolution of your queries

KreedOn Network
We are a team of sports writers who research about sports in India day in day out. Please reach out to us in case of any specific requirement of digital services on [email protected] .
Previous articleISL, EPL sign agreement, Here’s what it means to Indian Football
Next articleFootball Delhi (DSA): Pierre smashes 4 goals as Garhwal FC thrash City FC 9-0