Catch the love affair of Frenchman Jules Von Cha Cha, a skateboarder in India as he talks about his journey, his experiences with skateboarding and the major role it has played in his life. 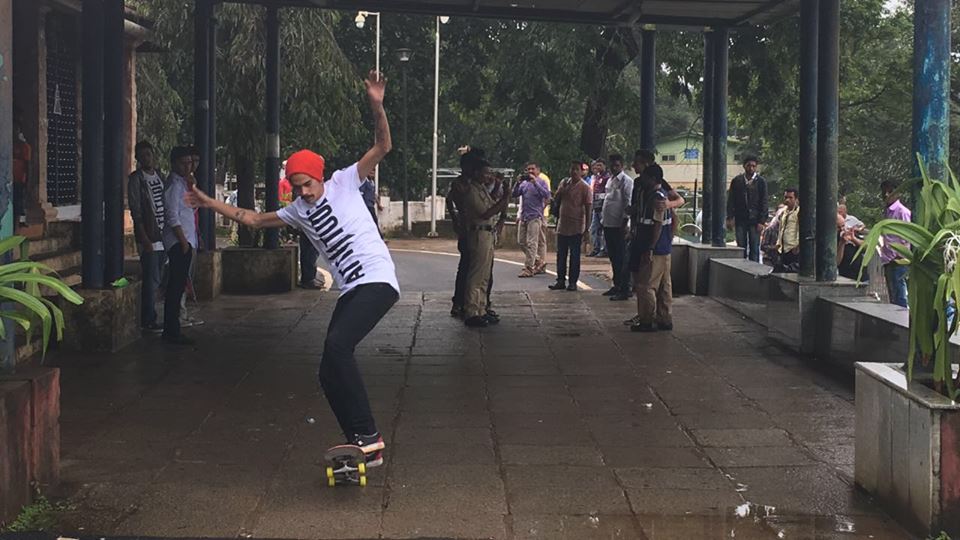 A coin toss on a map got Jules Von ChaCha to India in 2014. Grinding from Delhi, to being the only dude skating on the roads of Rajasthan, to exploring the skating scenario in Varanasi and finally ending up on a luna with his skateboard for a pillion in Bangalore, Jules’ skating journey has been exciting and full of life lessons.

Jules took up skating at the age of 26. Before skateboarding, he used to work at bars and hotels in Paris. For him, skateboarding is not just a sport, but a tool of life.

The foundation for Indian Skateboarding as we know it today, was laid in 2003 with India’s first skatepark – Sk8Goa. It was built by UK’s pro skater Nick Smith.

Nick Smith is one of the early evangelists of the Indian Skateboarding scene. Back then people moving around on wooden boards with four wheels was not a common sight among the masses and would draw attention. But slowly and steadily, he revolutionized the sport across the country.

Though Skateboarding in India is still in its nascent stage, it is emerging with more and more people getting hooked to the sport by the day.

4Play.in is Eastern Hemisphere’s first Adventure Sports Channel. They curate cutting edge action stories from the Indian outdoors and in the process presenting the potential that is available at home.

KreedOn Network
We are a team of sports writers who research about sports in India day in day out. Please reach out to us in case of any specific requirement of digital services on [email protected] .
Previous articleMeet Vikas Gowda – The hulk of Indian Athletics
Next articleBudhia Singh: The Pocket Sized Dynamo

Top 10: Most Popular Sports in India | Can you guess All?

Meet Hetal Dave – The first and only female Indian sumo...