Siddharth Kaul is an Indian fast bowler who plays for Punjab at the first-class level, and Sunrisers Hyderabad in the Indian Premier League.

Siddharth is mostly remembered for bowling the final over of the 2008 U-19 world cup final against South Africa, as India lifted the title under the captaincy of the future India International Captain, Virat Kohli. The world cup was held in Malaysia that year and India became two times U-19 world cup champions.

Siddharth, who took 10 wickets in the world cup, was tied with vice-captain Ravindra Jadeja for the most wickets for India in the tournament.

Siddharth Kaul’s father Tej Kaul is a former first-class cricketer. He had played for Jammu & Kashmir during the 1970s across three seasons. He later worked with the Indian team as a physiotherapist and even as a trainer.

Siddharth Kaul’s brother Uday Kaul too has a cricketing past. He played for the Indian U-19 team during India U19’s tour of England in 2006.

Growing up in a cricketing family, Siddharth Kaul had loved cricket since his childhood.

Siddharth is a very stylish player and is particularly famous for the headband he wears while bowling. He also has a couple of tattoos on his left and right shoulder and left forearm.

In 2019, Siddharth Kaul got married to Harsimran Kaur. 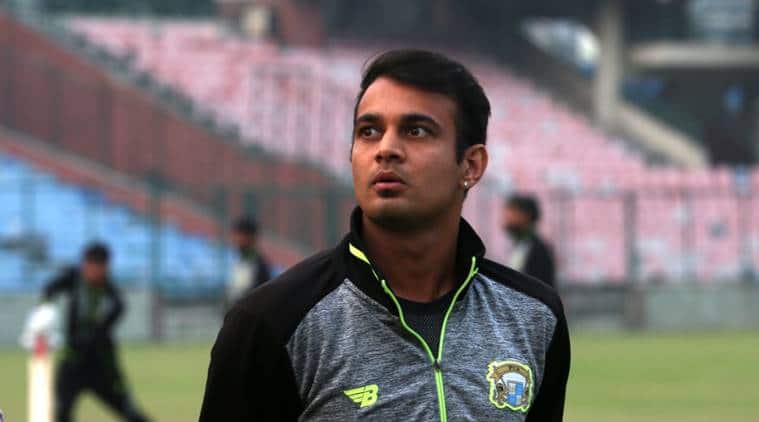 Siddharth Kaul continued his U-19 as he began his domestic career, taking five wickets in his debut match in 2007 against Odisha.

However, until 2012, Siddharth suffered from a problem many fast bowlers suffer from too. He was constantly fighting some injury, and couldn’t be a regular part of his domestic team.

Kaul had also played for the Punjab team in the U-15, U-17, and U-19 levels before being selected for first-class cricket.

In the 2018-19 Vijay Hazare Trophy, Siddharth Kaul impressed everyone by taking 12 wickets in just five matches. He was the highest wicket-taker in that cricket tournament for Punjab.

Siddharth received his first chance to make an international debut in the 2017 India Squad for the ODI series against Sri Lanka. However, he didn’t get to play in that series.

His true ODI debut finally came against England in 2018. A few months later he made his T20 debut against Ireland too.

Siddharth Kaul made his Indian Premier League debut for Delhi Daredevils in 2013 and played for them until 2014. However, he was not very impressive in both seasons and had to be released by the franchise after 2014.

In 2016, Sunrisers Hyderabad bought Siddharth Kaul. He did not however get a proper chance until the 2017 edition of the tournament.

Siddhartha performed brilliantly in the 2017 edition of IPl, taking 16 wickets in 10 matches. But, he was overshadowed by the experienced Bhuvaneshwar Kumar. Bhuvaneshwar took 26 wickets that year.

The next year, Siddharth Kaul took all the limelight. He took 21 wickets that year and established his reputation as a death overs specialist.