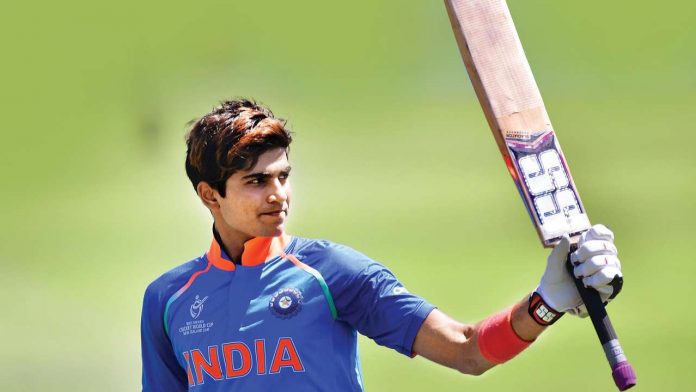 It was a hot day, as always, in the heart of Delhi. Under the blazing sun, two sides were slogging it out for a place in the finals of the coveted Deodhar trophy. However, it was India C who emerged as the victorious of the two, with a convincing six-wicket victory over India A here on Thursday.

One player to shine brightly, in particular, was a 19-year-old Punjabi batsman – Shubman Gill.

The youngster was in his prime, as he hit bowlers after bowlers without a hint of blemish. The highlight of the match has to be the moment when Gill skipped down the pitch and hit Ravichandran Ashwin for a mid-wicket sixer. That shot against India’s veteran off-spinner precisely summed up the confidence level that he is at the moment. The one question that troubled the spectators was: Is Shubman Gill the next star batsman to follow the footsteps of Prithvi Shaw?

Shubman Gill put forth an all-rounded performance in his match-winning innings of 106*. Astute footwork. Check. Decision-making temperament. Check. Fabulous downswing. Check. You just name it, and Gill had it delivered. He displayed a very wide range of skill sets.

His century was all the more impressive considering the fact that he was facing a formidable India A bowling attack in R Ashwin, Dhawal Kulkarni, Siddharth Kaul, and Mohammad Siraj. All these are experienced and seasoned bowlers. However, each one of them failed to stop the youngster.

Gill regularly changed his playing style throughout his play, calibrating himself to an ever-changing Kotla pitch. He came in when India C seemed to struggle at 85/3. They needed a solid partnership, and Gill provided just that. In fact, he played with a view of forging partnerships, another cornerstone of his abilities. This was epitomized by the 121-run partnership that he built with another rising star, Ishan Kishan for the fourth wicket. Post the latter’s dismissal, Shubman joined forces with Suryakumar Yadav, to seal the match with 3 overs to go. Yadav also scored a quick-fire knock of 56 from just 36 runs to round-off an all-rounded performance.

After Prithvi Shaw, Shubman will make an interesting case for the selectors, who have time and again shown promise in the young talent.

Asked about his ability to build partnerships, Gill revealed that he understood his partner’s game and “rotate the strike to keep the run-rate under control.”

India A would be disheartened by their performance, as they had mounted a competitive total on the scoresheet and had a more than able bowling attack to close off the match. A Rana and AR Easwaran contributed a vital 68 (76) and 69 (103) runs to provide them with a solid foundation. Later, a now-fit Kedar Jadhav hit 41 runs off just 25 balls to give his team a strong end as they managed to put up a competitive score of 293/6.

Monish Gadiya
Monish Gadiya is the Head of Content at KreedOn. He is a thorough tech-enthusiast and believes that innovation is the answer to all the problems prevalent in the society. Monish graduated from University of Pune with a degree in Civil Engineering before pursuing a post-graduate diploma course in intellectual property rights. A die-hard football fan, he has represented his college at various football competitions.
Previous articleFrench Open 2018 Update: Indian Shuttlers Saina, Kidambi & Sindhu Enter Quarterfinals
Next articleBWF Rankings: PV Sindhu reaches second spot; Saina Nehwal rises to ninth