Sachin Tendulkar is believed to be one of the greatest cricketers of all time, but the fact that his height is amongst the shortest ever cricketers is well versed to everyone. This clearly shows that cricket has got nothing much to do with the heights of players. Especially the batsmen. This was proved after many other players of short stature performed exceptionally well in international cricket. KreedOn brings you a complete list top 10 shortest cricketer of all time.

Here are the top 10 such cricketers who performed well in the international arena. Just like the West Indies is famous for producing tall and bulky players, Indian or the subcontinental region has been at the fore for creating players with modest height. This is evident from the sheer number of cricketers who make up out top ten list.

One of the greatest ever batsmen of all time, Sachin Tendulkar comes at the tenth spot in the list of shortest cricketers. Tendulkar has numerous records to his name, which clearly shows that height doesn’t play a major in the sport. He is also the only player to score 100 international centuries, which almost seems to be unbreakable. It will take an entire article to list all the records that Tendulkar has against his name!

Read |10 highest cricket umpires salaries that will surprise you

Another veteran Indian car cricketer appears in this list, and he is none other than Sunil Gavaskar. He became the first batsman to eclipse the landmark of 10,000 runs in Test Cricket. His achievements in this sport helped him earn the title of ‘Little Master’ which also involves an element of his short height. Nevertheless, Gavaskar’s name will always be there in the list of greatest batsmen all over the world.

Whenever anyone talks about the greatest ever Zimbabwean players, Tatenda Taibu’s name cannot be missed out. Taibu also became the youngest ever international captain after he took charge of his team in 2004. The cricketer hanged his boots in 2012 and went on to serve in a church. He ended his career as the fourth-highest run-scorer for Zimbabwe and the second most successful wicketkeeper for them.

Kallicharran or popularly known as Kalli is a former cricketer of Indo-Guyanese ethnicity. The West Indian batsman is featured in 66 Tests and 31 One Day matches but his domestic cricket numbers are absolutely phenomenal. He played 505 First-class matches in which he amassed 32,650 runs. Similar numbers are to his name in List A matches as well where he has over 11,000 runs.

Taking birth in India and wanting to become a wicketkeeper-batsman in the time of MS Dhoni was never an easy task. Many careers got slashed after the debut of MS Dhoni, and one such was of Parthiv Patel as well. He made his debut in 2002 and retired in 2018 but could only feature in 25 Tests, 38 ODIs, and 2 T20Is. Besides that, one of the shortest Indian cricketers also featured in quite a few IPL matches as well.

GR Vishwanath is another Indian to feature in the list of shortest cricketers. He is also one of the finest batsmen for the Indian team to have. He played in 91 Test matches and scored over 6,000 runs at a decent average of over 41. After retirement, he served as a match referee for the ICC from 1999 to 2004. He also won the Col. C K Nayudu Lifetime Achievement Award in 2009, which is one of the highest awards in Indian Cricket.

Haque is one of the best Test batsmen that the Bangladesh team has at the moment. This can be clearly seen by having a glance at his records and numbers. Mominul has featured in 33 matches so far in which he scored runs at a decent average of 44. He is also the only Bangladeshi cricketer to have 11 consecutive Test half-centuries to his name. Besides being a talented batsman, Haque is also a considerable part-time spinner.

Read |Mankading In Cricket: All You Need To Know About This Controversial Dismissal Method

Another player from Bangladesh appears in this list of shortest cricketers. His height is also somewhat similar to that of his teammate at 1.61m. Rahim’s short stature never became an issue for both his batting as well as wicket keeping. In fact, he’s one of the most dependable and consistent batsmen that the Bangladesh Team has at the moment. Not only that, but he is also the most successful wicketkeeper for Bangladesh. He also did a great job during his reign as the captain of Bangladesh.

It’s quite surprising to have a player with a height of around 5 feet player to play internationally. This really shows the beauty of the game, which is sheerly dominated by the skills, knowledge, and technique of the players. He could only get to feature in just 4 Test matches but has a decent record in the domestic arena. If his performance could not make him famous, his height successfully managed to do so!

The shortest cricketer to ever play the game is Kruger Van Wyk. Born in South Africa, Wyk later went on to play for New Zealand, ironically one of the smallest cricketing nations as well (in terms of population). He made his debut as a replacement for BJ Watling but could not hold on to his position. Van Wyk could only feature in nine Test matches and has just 71 as the highest score to his name. He also played a lot of domestic cricket in New Zealand across all three. 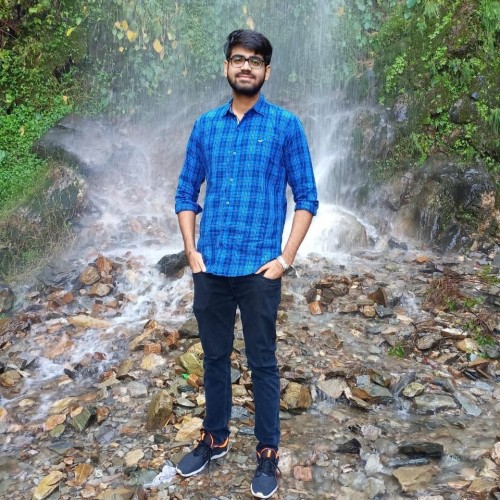 This is what makes Sachin Tendulkar the ‘God of Cricket’ |...