India’s latest shooting star, 16 year old Manu Bhaker is bracing up for a super packed schedule of three to four months. Manu Bhaker will represent India at the ISSF World Cups (both Junior and Senior), World Championships, Asian Games and the Youth Olympic Games lined up one after another.

Manu Bhaker, who won the women’s 10 meter air pistol gold with a record score at the Commonwealth Games in Gold Coast, Australia, will also participate in the ISSF Junior World Cup next month, while the World Cup in Munich is to be held later this month.

After the Asian Games in Indonesia, which start Aug. 18, she will also compete in the ISSF World Championships in South Korea from Aug. 31 to Sept. 15. The Youth Olympic Games will take place from Oct. 6-18 in Buenos Aires.

Manu Bhakers says she will continue in the Junior circuit

Asked why she will still compete at the junior level when she has already won gold medals at the senior World Cup level, Manu said that she does not want to miss out on the competition experience.

Speaking after being roped in as daily hygiene brand PeeSafe as its first ever brand ambassador, the 16-year-old from Haryana told news agency IANS: “All these tournaments are important and I will try my best to win all of them. Whenever I will get the opportunity, I will play, it doesn’t matter whether it is junior or senior meets. The more I play, it will help my game get better and I will be more experienced.”

The CWG was her first major senior tournament but from here onwards, the pressure of expectations may mount. But the youngster remains unperturbed.

“I don’t think about pressure. I don’t set expectations. My aim is just to do well, produce good scores.”

“Sometimes I will win and sometimes I may not win, but I will just try my best. It is not necessary that we will win every time, but getting up strongly after going down is what matters eventually and your character comes through,” Manu, who got her first taste of shooting at the range of her school Universal Senior Secondary School in Jhajjar more than two years ago, said. 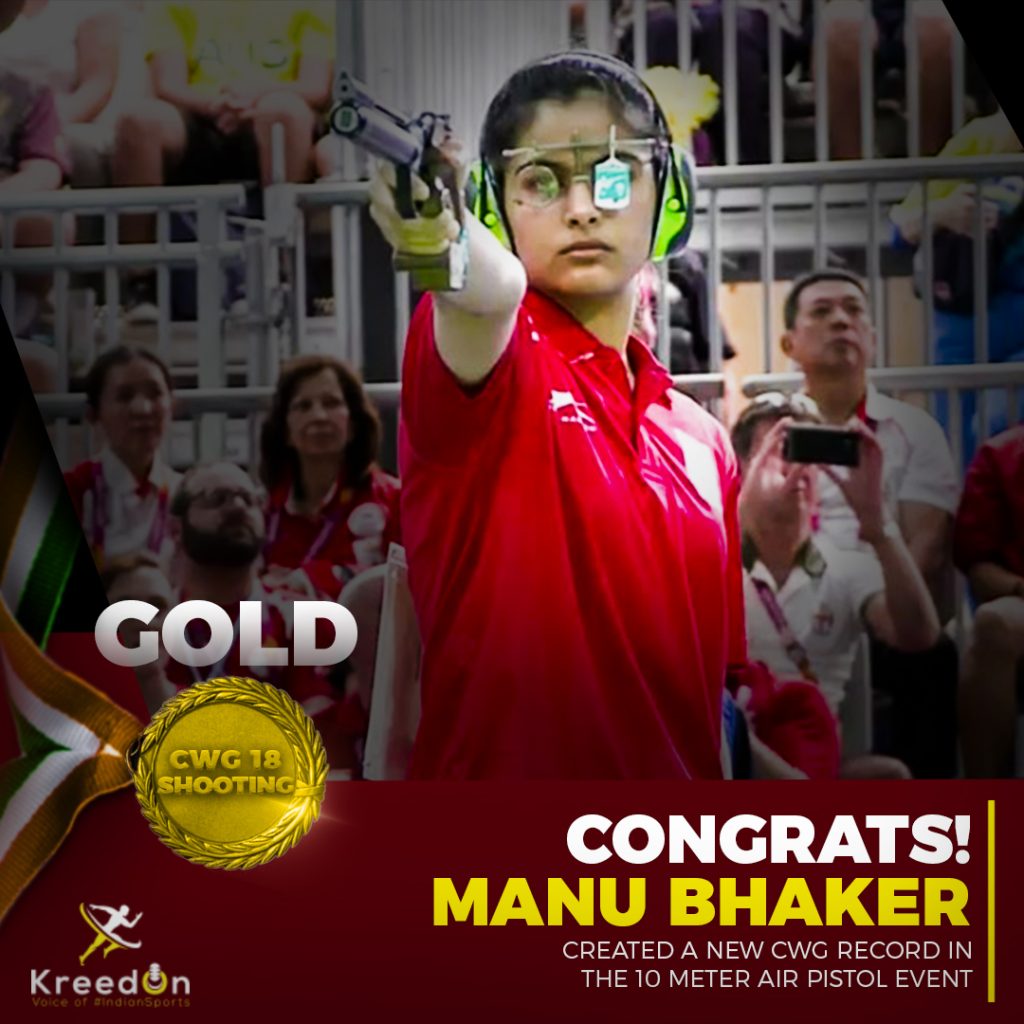 Having got the CWG experience, Manu picked out the Asian Games as a more difficult competition.

“This will be my first Asiad. So I don’t know much about it but I know that there will be more countries as compared to the CWG. Maybe the competition level will be higher at the Asian Games,” she reckoned.

On her association with the brand PeeSafe, Manu said: “Ever since I started playing, using unhygienic and infectious washrooms has been my biggest fear. For me, this problem was something that is meant to be dealt with.”

“Peesafe is an iconic and groundbreaking brand and I am glad that today, I am able to address the hygiene and sanitation problems with the help of the brand. I believe we will together be able to bring change by helping Indian population adopt hygienic lifestyle habits and stay fit,” concluded Manu Bhaker.

Vardan Pandhare
Vardhan is an author who loves creativity. He enjoys experimenting in various fields. After completing his graduation, he was sure about one thing! His love for sports. He is now living his dream of being creative with words in the field of sports. He has since then always brought the latest news and updates for all the sports fans.
Previous article
Six CWG Medallists Inducted in (TOPS) – Target Olympic Podium Scheme
Next article
Asian Games in Jakarta won’t be a Cakewalk – Sathiyan

ONGC Athletes who made India Proud at Commonwealth Games 2018!!