Shikha Pandey Biography: With Dedication and Passion, She Conquered Not One But Two Worlds

All she ever wanted to do was fly… soar high in the sky! And she did, in her own unique way!

She lives by the motto, “Chase your dreams!” We are talking about none other than our prolific all-rounder, Shikha Pandey. The right-handed batswoman and right-arm medium baller have become an integral part of the Indian Women National Cricket team.

Shikha’s life story is extremely inspiring. The first cricketer to be a recipient of the Dilip Sardesai Sports Excellence Award 2017-18, Shikha is also a flight lieutenant! Let us explore the numerous sides of this multi-talented individual, who has time and again proven that nothing is impossible. 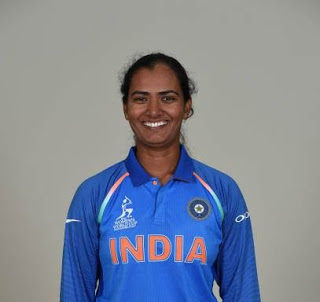 Life is what you make it! Multi-talented sportswoman Shikha 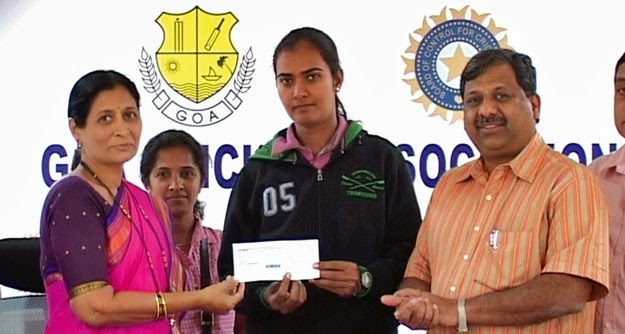 Shikha was born in Andhra Pradesh (now Telangana). However, the family moved to Vasco da Gama, Goa in 1997. Shikha’s father, Subash Pandey, teaches Hindi in a Kendriya Vidyalaya (Central School) in Goa. Most students in Kendriya Vidyalaya come from defence families. The continuous interaction with them led to a more profound patriotic spirit in Shikha. She wanted to serve her country by joining the Air Force. Her dream got fulfilled in 2011 when she became an Air Traffic Controller.

“It’s an age where most people contemplate a career. Around that time, an officer from the Services came down to my school to give a lecture on a career in the Indian Air Force as the school was situated in a defence set-up. That fired my imagination and I decided then that I wanted to be an Air Force pilot. The desire to serve the country was so big and my first route towards that dream was to do engineering,” Shikha told SSB Crack.

On the course of achieving this dream, Shikha discovered another passion- cricket! After completing her engineering course, she took a year to concentrate solely on cricket. Her father had gifted her a plastic cricket bat when she was just 5! Playing with the local boys for hours, little did she think that one day she’ll be playing the game professionally.

Shikha made her debut for Goa in 2004. Taking a year off turned out to be an excellent decision, as Shikha had a terrific domestic season. She was first noticed by former cricketer and selector, Surekha Bhandare, as soon as she started playing state-level cricket.

Bhandare with her experienced eye, immediately realised how special her talent was. She met Shikha’s father and urged him to send her to Mumbai for further training. Shikha played numerous inter-state tournaments for Goa. She became a solid member of the team. On top of excellent performances in the field, she managed her engineering studies as well.

Shikha participated in the Board President’s XI tournament against West Indies and England. After the cricket season was over, Shikha appeared for her Air Force exams. She cleared those as well! Fortunately for Shikha, her seniors at the Air Force, especially authorities from the Air Force Sports Control Board have been very supportive through her career.

It was after exactly after a decade that she made her national debut. In March 2014, she made her T20 debut against Bangladesh. Her ODI and Test debuts followed soon after that. By representing the country, she achieved the feat of being only the second player from Goa to be part of the national team. Dilip Sardesai holds the distinction of being the first one.

Indian cricketer Jhulan Goswami has been Shikha’s biggest inspiration ever since she started playing cricket. Not surprisingly then, Shikha was absolutely over the moon when she got an opportunity to open with Goswami.

“We are so fortunate we have both of them in our side. Any youngster who wants to be a medium-pacer would dream to train and bowl alongside Jhulu (Jhulan Goswami) di. When I got my India cap, I got it from her, in Bangladesh before the World T20 in 2014. I have been fortunate enough to bowl alongside her. In every practice session in which we bowl in tandem, she has inputs,” Shikha told ESPNcricinfo.

Her idol has good things to say about her as well. She told ESPN in an interview, “She’s one of the most hard-working cricketers I’ve played alongside in my career. Whatever feedback I give her, Shikha will think it through and try to implement it to the best of her ability.”

Shikha was a part of the Indian women’s team that reached the finals of the 2017 Women’s World Cup. The team lost to England in the finals by just nine runs. Though the defeat was heartbreaking, the girls showed immense spirit throughout the tournament.

“Our initial breakthrough has been a concern for us. We need to play more attacking cricket, similar to that of South Africa. We need to plan better for that. Even before the World Cup started, we said we were going to do our best and not have to depend on other teams,” Shikha told myKhel in an interview.

After playing for the first two games of the world cup, Shikha was dropped for the next two. However, she made a splendid comeback and impressed one and all.

“The quality of a comeback tells you something about a sportsperson’s temperament. Hers made me proud. Her passion for the game is immense. She wants to contribute to the team in some way or the other,” India coach Tushar Arothe told ESPN.

This passion and loads of hard work that comes along, has enabled Shikha to excel in whatever she does.

Recovery Conditioning via Cycling is so much fun! ??‍♀️? It breaks the monotony and serves the purpose! Similarly @FastandUp_India Reload Cola flavour is such a welcome change! #athletesfavoritedrink #bestinthebusiness pic.twitter.com/wesKxuvMsf

Balancing a hectic career in sports along with a technical field like engineering was definitely not a cakewalk. Shikha’s parents imbibed the importance of education in her, ever since she was a child. However, they never discouraged her to pursue sports. In fact, her father has been her biggest motivator throughout her courage. Even in tough times, Shikha never gave up. She studied and she practised. She didn’t let lucrative offers by MNCs lure her. A true inspiration for generations, we wish Shikha all the very best for her career!

Just read @AchalaUpendran’s ‘Sultanpur Chronicles’. Wouldn’t call myself a big fantasy fan, but I quite enjoyed it. Absolutely raced through it. Highly recommended #fantasy pic.twitter.com/c4XLOl0iQw

Thank you so much Sir. It’s a privilege to be representing Goa and India!! https://t.co/cOFXizujzO

Mamta Thatte
A passionate foodie, a versatile writer, and now a sports enthusiast, Mamta is always open to exploring new avenues. She has a vast experience in Web Content Writing, Editing, and Social Media Management. A self-confessed coffee and dark chocolate addict, she believes in following her heart and giving her 100% into everything she does.
Previous article
Hockey Basics: All You Need to Know About This Sport
Next article
Indian Athlete Bhavani Devi Wins Gold in Senior Commonwealth Championship

Ekta Bisht Biography: Spinning Her Way Against All the Odds