Chennai’s favorite Karateka dons various hats – sculptor, actor, sketcher, cook and artist. However, his journey in becoming the kingpin of archery in Tamil Nadu is most riveting. 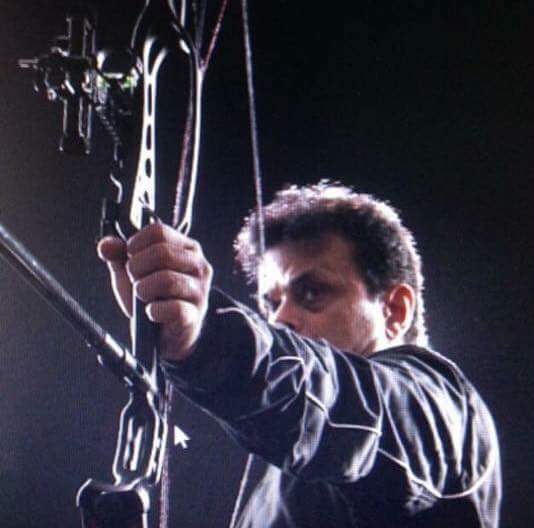 Shihan Hussaini hails from a lineage of equestrian archers. His forefathers were instructors to Pandyan armies, and his father, SAQ Hussaini, was an expert in wielding bamboo bows and arrows. The junior took up the art during his college days and loved it instantly. The more arrows he shot, the more intrigued he got.

Having aced vintage Indian Archery, he moved on to contemporary styles in 1982. He was under the guidance of prominent international coaches like the Danish Eric Kornbek, Bill Wee of Singapore, and World Archery’s very own Pascal Colmaire. He eventually became Tamil Nadu’s first ever Level 3 certified coach.

We now have many talented archers from all over the country but back then it was different. High cost of equipment, lack of infrastructure, and absence of coaches specialized in modern archery meant the sport took off very late in the State. Hussaini established The Tamil Nadu Archery Association (TAAT) in 1998. But the State had several pop-up associations and was ripe for an affiliation battle. After many failed negotiations, the Tamil Nadu Olympic Association, in 2007, recognized TAAT to be the only credible archery association in the State. Affiliation with the Archery Association of India came about in 2012.

TAAT’s first success was conducting the 33rd Recurve and Compound Senior Nationals in Chennai. The tournament hosted many of the country’s Olympic stars, including Deepika Kumari, Bombyla Devi, and Atanu Das, who set foot into Tamil Nadu for the first time. Hussaini was instrumental in bringing in a slew of reforms in the State.

All affiliated coaches underwent scientifically recognized training. For Judges and technical officials, TAAT conducted grooming programs. ‘Sporting license’ was mandated for holding bows and arrows. District associations were recognized only if they had at least one team in Indian, Recurve and Compound styles. Affiliations were confirmed only after they participated in at least two state meets. TAAT also organised many workshops and demonstrations to tap the State’s archery talent. 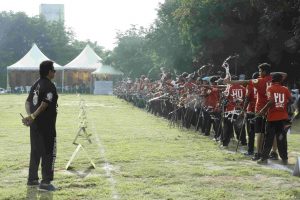 The rise and rise of TAAT

Tamil Nadu: Sanjana,a 3-year-old girl from Chennai attempted Guinness World Record by shooting 1,111 arrows in 3&half hours.Shihan Hussaini,Sanjana's coach says,"When her parents brought Sanjana, I could instantly feel the fire in her. I knew there was a child prodigy in making." pic.twitter.com/JeZcA3DH9m

A group of archers train under the stalwart for fourteen hours every day with an aim to make it to the Tokyo Games. Even as a few disgruntled coaches have sprouted “field archery” associations in Tamil Nadu, a variant that is not recognised as an Olympic Sport, the strongman is unruffled. From novices to State champions, the journey of his archers has indeed been swift.  Should they succeed to adorn the medal podiums, the legend of Shihan Hussaini in the State would grow manifold!

Evenjeline J
Previous articleHow Bollywood reacts to the IND Vs PAK match? (Memes)
Next articleIndian Super League 2018-19 Schedule- All about the New format

The Heartwarming Indian Archery News That Will Make Your Day

KM Beenamol Biography: A Sprinter Who Made the Heads Turn at...