A film on Dhyan Chand has been in the news for a long time. At some point, various people even believed the film will not even see the day of the light. However, things have changed as reports indicate Udta Punjab writer Abhishek Chaubey has started to script the film.

According to a Mumbai Mirror report, Abhishek and his team of writers are working hard on writing the script. One of the challenges they are facing is that there is a lot of literature based in his life; the writers are trying to not to miss out on crucial parts on his life as they attempt to write a strong script.

“Dhyan Chand is one of the greatest players in the history of the national sport. The biopic will largely chronicle his journey to fame during the British Raj,” Mumbai Mirror quotes a source.

The casting of the movie is set to happen in the second half of 2020, before hitting the floors in 2021. According to another report, many Bollywood stars like Shah Rukh Khan, Varun Dhawan and Ranbir Kapoor are being considered.

“Many actors have shown interest in playing the hockey legend in the past, so it shouldn’t be a problem to get a top actor on board,” the source said.

Born in Allahabad, Major Dhyan Chand’s hockey genes came from his father. His father, Sameshwar Dutt, played hockey with the British army. Dhyan’s younger brother Roop Singh was himself a great hockey player and played along with Dhyan in two Olympics.

Dhyan Chand held the hockey stick for the first time when he joined the Indian Army as a Sepoy in 1921 at the age of 16. Before that as a young boy, he used to love wrestling. Originally his name was Dhyan Singh, but due to his habit of practising a lot in moonlight, his hockey friends added “Chand”(Moon in Hindi) to his name.

When he was 17, he started playing army hockey tournaments and regimental games. This went on till 1926. Soon, he was selected in the Indian Army hockey team which was touring New Zealand. The team won 18 out of 21 matches with his magic. After returning to India, he quickly got promoted to Lance Naik’s post. 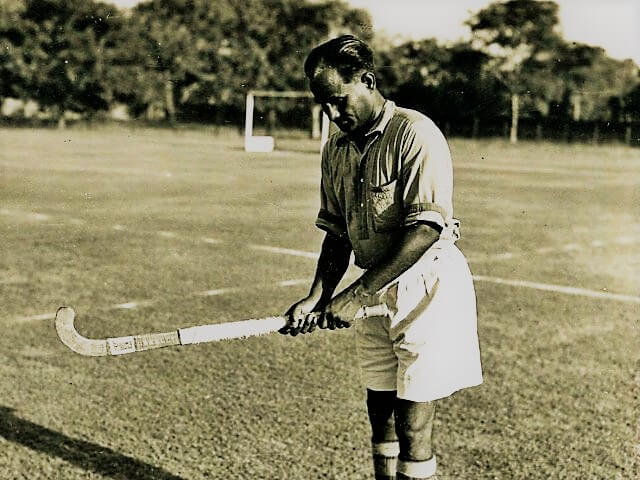 In 1936 Olympic final, he made Germans look like sitting ducks with his stick magic. He scored 6 goals in that final match which India won by 8-1. And, he scored 3 of them barefoot after putting off his spikes mid-game. Adolf Hitler became his fan after this match.

Manan Dharamshi
I usually describe myself with three 'F's, i.e, Food, Football and Films. Born and Brought up in Bangalore since the mid-1990s, I have always had a huge interest in playing football, cricket and watching other sports. People who know me always tell I bleed football. Sports, and Football, in particular, has helped me through hard times and helped me to shape my view on the world. And that is one of the reasons why I want to serve as a Sports Journalist.
Previous articleMCFC vs NEUFC Dream11 Prediction 2020 | Mumbai City FC vs  NorthEast United FC
Next article“Super Over band karo!: NZ”: Reactions as India again beat NZ in Super Over