The Jakarta Palembang Asian Games have begun with a bang! The multi-sport event takes place every four years and gives the athletes from Asian countries a platform to showcase their talent. There is a lot of hope from India at Asian Games 2018 and our athletes are not disappointing us at all! Our medal tally is consisting increasing. Many young faces have brought cheer to all of us.

History was created at the Jakarta Palembang Asian Games when India won its first Asiad medal in sepak takraw. Before this feat, many Indians weren’t even aware of this game. It is not very popular in India. In fact, it is mostly played in the Northeastern state of Manipur.

Now that our champions have bagged the bronze, let’s understand what this game is all about. We also take a brief tour of the history of sepak takraw in India.

The Sepak Takraw Federation of India was founded on 10 September 1982. It is headquartered in Nagpur, Maharashtra.

What is Sepak Takraw? 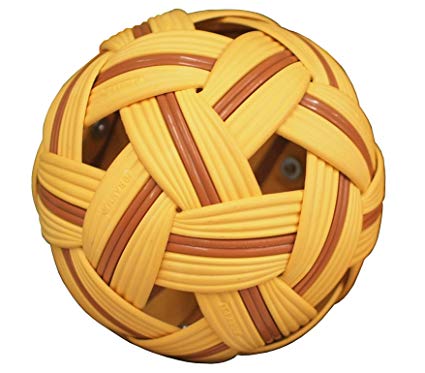 The sepak takraw ball is usually made of synthetic fibre. It is spherical in shape and must have 12 holes and 20 intersections. It can be made of rubber as well. The main purpose is to soften the impact as the players use their body to obstruct the ball.

Origin of this game can be traced back to the 15th century Malaysia. The game is predominantly played in Southeast Asian countries. Sepak means kick in Malay, whereas takraw means woven ball in Thai. So the literal meaning of the name is kick ball. The game is played in a badminton doubles sized court. Each team has three members. The teams are called as regus.

The main goal of the game is to keep the ball in the air using feet, shoulder, elbow, knee, and head, but not using hands. Though a recreational as well as a competitive sport now, sepak takraw is still considered as a form of art by many. The motions of the players are very fluid and rhythmic. This makes the game very graceful.

A team is known as a regu in sepak takraw. There are six types of events in the sport – regu, team event, double event, hoop sepak takraw, beach regu, and beach team.

Sepak takraw fever gripped some sports enthusiasts from Nagpur. They coordinated with Shri Tajuddin Ahmed, the Secretary-General of Sepak Takraw Federation of Malaysia. Immediately, printed material and photographs were obtained. Several meetings were held at the Nagpur Shikshan Mahavidyalaya, and the Sepak Takraw Federation came into existence in 1982. Adv. S. W. Dhabe was its President and Mr. Salim Baig, its secretary.

At the Delhi Asian Games 1982, sepak takraw was a demonstration sport. Indian players were also included in the contingent then. The demonstration held at the Katnail Singh Stadium was a huge success. The crowd in Delhi was completely enthralled by the sport. The then Prime Minister of India, Mrs. Indira Gandhi was the guest of honour for it. She asked the federation to encourage the Malaysian game in India as then Malaysia and other southeastern countries will take interest in Indian sports.

Indian Olympic Association officially recognized the Sepak Takraw Federation of India in 1998. Sepak takraw soon traveled to other parts of the country. The federation held demonstrations in major cities. The federation started organizing national championships. Indi made its first appearance at the world sepak takraw championship in Bangkok. The women’s team came back with the silver and the men won the bronze. The following year, the men’s team won the gold in Regu event.

The sport was included as a competitive sport in the Beijing Asiads and the fifth National Games in India.

Two-third of the team members are from the Northeastern state Manipur. The game is extremely popular over there. It is easier to get equipment and other necessities due to the proximity to Myanmar.

“That is how the sport became so popular in Manipur. It is close to Myanmar and it has always been easy to source equipment from there. Now we use synthetic balls but back in the day, we used balls made of bamboo. That was the traditional way of playing the sport. Compared to people from the other parts of India, people from Manipur pick up the sport faster. They are naturally agile and very skillful with their feet. But slowly the game is getting popular in other parts of the country too,”  team official Muhindro Singh Thokchom said in an interview. 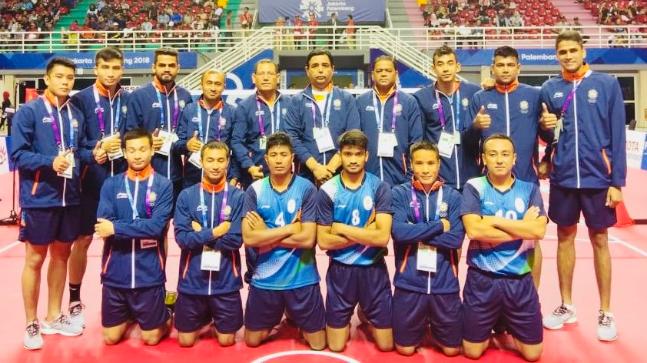 The team was skeptical after the federation excluded football team from the Asian Games. It is a much popular sport. However, the Sepak Takraw Federation got the nod from the Sports Authority and everyone heaved a sigh of relief. The government has given a lot of priority to the sport over the years. In fact, players have got a chance to take part in many international tournaments.

Even before the Asian Games, the team was in Thailand for two months. Thailand has some of the best sepak takraw players in the world. Training alongside the top teams in Asia and some inspirational athletes immensely helped the Indian team.

One of the medal-winning players, Harish Kumar works as an autorickshaw driver. He managed the arduous profession and his practice sessions. Most other players also come from humble backgrounds. Hence, the government’s support and initiatives have helped them chase their dreams.

The Historic Feat at the Asiads

Medal Alert: Even though India go down to Thailand 0-2 in Sepaktakraw (Men's Team Regu) in Semis but still get Bronze Medal by virtue of reaching Semis
Its 9th Medal for India #AsianGames

#History has been created!#India has won a medal in Sepak Takraw for the 1st time in the Asian Games!
The team proudly brings home a?in the Men’s Team Regu event
Many congratulations!? #IndiaAtAsianGames #TeamIndia #SepakTakraw #AsianGames2018 #ProudIndia #SAI?? pic.twitter.com/tCuRQFto2B

The team received love and support from all the country.

“It is a historic performance by India. It is the first time that India has won a medal in Sepak takraw in the Asian Games,” Sepak takraw Federation of India secretary general Yogendra Singh Dahiya told PTI.

Yes, it is indeed a spectacular achievement. The Indian men’s team won the bronze in the regu team event. The entire nation is talking about the game and our heroes who made this possible. That is their biggest achievement.

They advanced to the next stage and lost to Thailand 0-2 in the semifinals. There was a victory even in defeat for the team as both the semifinalists were awarded bronze medals.

The women’s team had a disappointing tournament. They lost to Laos 1-2 and South Korea 0-3 in the preliminary round itself. Thus, ending their dream run in the tournament.

The chief coach of sepak takraw, Hem Raj was ecstatic after the historical feat. He is also hopeful that the women’s team will soon get a medal as their performance is increasing day by day. Hem Raj first joined as a national coach in 2004. He started a playing the game many years before that. The dynamic game attracted him since he was a kid. In fact, he finds it similar to kung fu as there is a lot of jumping.

“The only way is up for these boys. The government has put us in the priority sports list and we will continue to repay their faith with good performances,” he told Sportslive.

The Olympics committee has decided to include Sepak takraw in the Olympics by the year 2024. Now the next goal for the team is the World Championship in Thailand. World’s best teams will be competing there and our champions have already started prepping for it.  Now that the country recognizes the players, there are opportunities in many leagues that the Asian teams play in Thailand. These competitions are very lucrative and will ensure some financial stability for the players.

The doors have just opened for them. This is the start of something new. The bronze medal has started the golden period of sepak takraw in India. People who a few days back did not even know what the game is all about are cheering for our players. This awareness will bring more fans and viewers for the show, which in turn will help the game.

We hope this win opens up avenues for the women’s team as well. It is very encouraging to see that the sepak takraw federation is actively involved with the athletes and taking efforts to spread awareness about this game.

Mamta Thatte
A passionate foodie, a versatile writer, and now a sports enthusiast, Mamta is always open to exploring new avenues. She has a vast experience in Web Content Writing, Editing, and Social Media Management. A self-confessed coffee and dark chocolate addict, she believes in following her heart and giving her 100% into everything she does.
Previous article
Rahi Sarnobat – The Kolhapur shooter who has a habit of creating history
Next article
Esow Alben – The 17 year old World no. 1 cyclist from India

How to become a cricketer and make it your career in...