Since its inception in the Olympics, Field Hockey had always been India’s forte. With 11 Olympic medals (including 8 Gold) – India is the most successful team in the history of field hockey. The Indian Hockey Scene has been a witness to many legends that have graced the game. Exceptional players like Dhyan Chand and Dhanraj Pillay have carried the torch of Indian Hockey and raised it to new heights. Carrying on their rich legacy forward is one of the most successful Indian players of recent times – Sardar Singh. 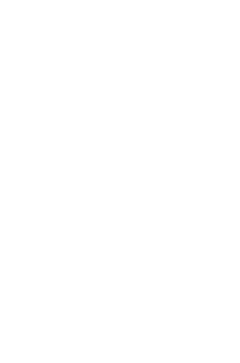 Sardara Singh was born on 15 July 1986 in Rania, Haryana. The sport of Hockey grabbed his attention from an early age. He wanted to follow the footsteps of his elder brother Didar Singh, who used to play Hockey too. Coming from a modest family, it was difficult for Sardara’s parents to bear the hockey expenses of both their sons. Sardara’s mother also tried to convince him to leave hockey at one time. But as if Sardara Singh was destined to play hockey, their family guru Jagjit Singh noticed his interest and helped him get admitted to a hockey academy in Ludhiana.

Sardara practiced resiliently and soon made it to the Indian Junior Team at a young age of 17. He made his debut in the team’s 2003-04 tour to Poland. During his initial stages, everything did not go well for Sardara. He was considered a bit slow by his coaches and also felt shy to play in front of huge crowds. In 2005, on a tour of Pakistan with the Indian Junior team, Sardar didn’t even get a single touch of the ball during the entire 70 minutes of the match. It was at this point of his career that Sardar lost belief in himself and was considering to quit playing hockey.
Once again, good fortune played its part and Sardar got a call for the Senior Men’s team. He made his international debut against Pakistan in 2006.

Legend in the making

In a famous quote, Sardar mentioned, “Everyone is his own coach because nobody can tell you what your weaknesses are; only you know”. Soon after his debut, Sardar focused on his shortcomings and worked hard to overcome them. He was the first one to enter the pitch and the last one to leave. It was this work ethic that made him one of the best midfielders of our time.

Sardar Singh played for the Chandigarh Dynamos in the inaugural season of the Premier Hockey League in 2005. He later captained Hyderabad Sultans in the next three seasons till 2008.  In 2008, he was appointed as the youngest ever captain (aged 22 years) of the Indian hockey team for the Sultan Azlan Shah Cup. Sardar Singh added another feather to his cap when he became the highest-paid marquee player at the inaugural Hockey India League (2014) auctions as the Delhi franchise bought him for USD 78,000 (42 Lakh rupees). He captained the Delhi Waveriders and led them to a second-place finish. The Delhi Waveriders went on to with the tournament next year. Sardar Singh continued to play with them till 2015.

Sardar was an integral part of the national team since his debut and player in every major tournament. In 2010, he was included in the 18-men FIH All-Star team. During the same year, Singh was signed by the Belgian club, KHC Leuven to play in the Belgian Hockey League. In 2011, he was again named on the FIH All-Star team. Following Singh’s impressive showing at the 2013 Asia Cup, he was signed by the Dutch club, HC Bloemendaal.

Sardar Singh was a part of the team that won the Gold medal at the Asia Cup in 2007. In 2008, he led the national team to a second place finish in the Sultan Azlan Shah Cup. He was adjudged as the Player of the Tournament in the 2010 Sultan Azlan Shah Cup and in the 2012 Summer Olympics Qualifiers and India won Gold in both. Sardar Singh led his side to win the silver medal in 2010 and 2014 Commonwealth Games. The Indian team also won the Gold medal in the 2014 Asian Games held in Incheon.

Singh was appointed as a DSP in Haryana police in 2008. He was awarded with the Arjuna Award in 2012 and the Padma Shri in 2015. He was also recommended for the Rajiv Gandhi Khel Ratna award in May 2016.

On 13 Jul 2016, the responsibilities of the captain were handed over from him to P. R. Shreejesh, the goalkeeper of Indian Team.

The dedication and commitment Sardar has shown towards the game and to the Indian team is commendable. Now, at the age of 30, he’s still playing the way he did at the start of his career. In his own words, “The day you think you are satisfied; you won’t be focusing on training and matches. I have played many tournaments in my career but I think my best is yet to come.”

Where Exactly Does Indian Sports Feature in World Rankings?

Hockey Basics: All You Need to Know About This Sport